Welcome back to Episode 17 of our in-depth guide to Super Smash Bros. Ultimate's stellar cast of playable characters

In this ours guide, we will devote ourselves to the many characters playable of Super Smash Bros. Ultimate, starting with Mario up to the latest additions of the second Fighters Pass. In each episode we will describe about five or six fighters, however, dividing them according to the chapter of Smash in which they made their debut. Today the cast of the game ends definitively, with the last three (or rather, four) characters of the second Fighters Pass. Let's talk about Pyra, Mythra, Kazuya e Sora, which we did not know in the last episode. Following this address you can find the summary in which we report all the others. In the appendix, we will talk about the special directional attacks. 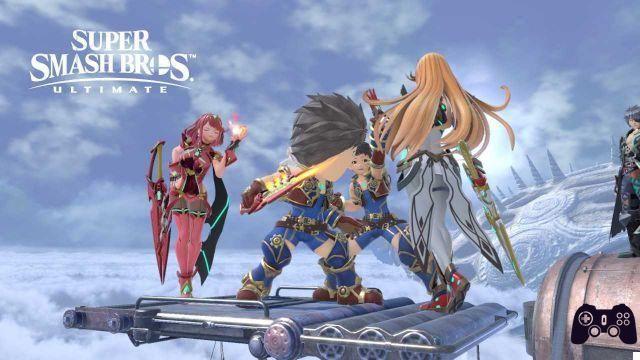 To play an openly promotional role among the characters of the second Fighters Pass, after Byleth, were Pyra and Mythra, who will lead the way at the conclusion of our guide to Super Smash Bros. Ultimate. Their introductory trailer doesn't fail to make fun of what the protagonist of Xenoblade Chronicles 2, Rex, was among the characters most predicted by players. Rex is featured in the game as a costume for the Mii Swordsmen (image) included with the first Fighters Pass, as well as in character taunts. We will see them in groups and individually. 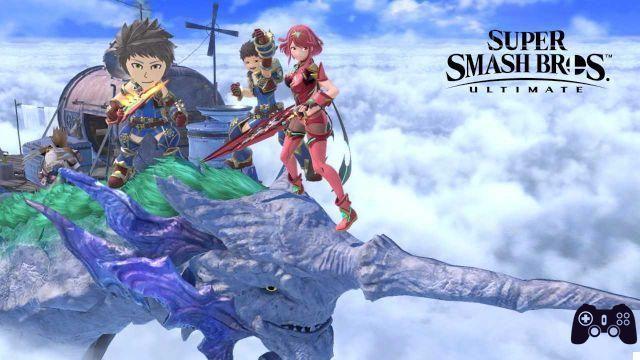 The first of the two, Pyra, is the strongest in attack. Aggressive play with her can be brutal to any opponent who is unlucky enough to be up against her, but she is also slower. Ironically, as we have anticipated, it is also the most suitable for returning to the field. The ideal is to make the most of Mythra's agility (we'll get to that) to increase the opponent's damage. Alternating between them, you will be able to return to Pyra to conclude with its devastating Smash attacks. 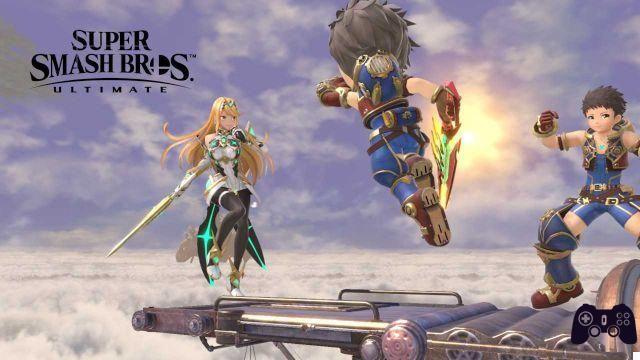 Pyra's alter ego has increased our character count in the Super Smash Bros. Ultimate guide. The most superficial memes have focused on the character design, ahem, bursting with Mythra and its counterpart (due to the resume of designer Masatsugu "Saitom" Saito), but his contribution to the cast of Smash consists in the reintroduction of a double character after what has been seen in the past with Zelda and Sheik. 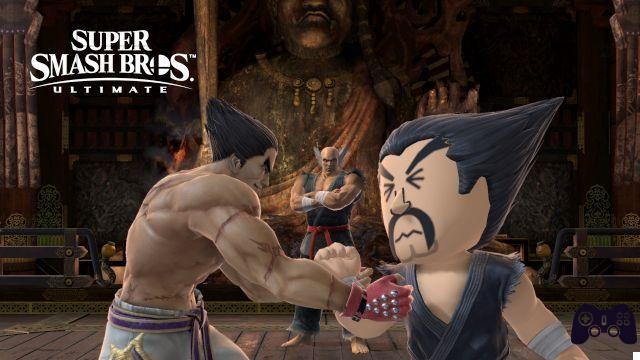 After Street Fighter with Ryu and Ken and Fatal Fury with Terry Bogard, he was just missing Tekken (okay, Mortal Kombat too, but it will be for another Smash) and the surprise rep is none other than Kazuya Mishima. It makes sense: after all, his father Heihachi has replaced him as an ambassador in crossover projects (like the Sony equivalent of Smash, the ill-fated PlayStation All-Stars Battle Royale). For his part, his son Jin Kazama has become the face of the franchise. So it is more than right that Masahiro Sakurai's fighting game would bring everything back to the amorous protagonist from which it all began. 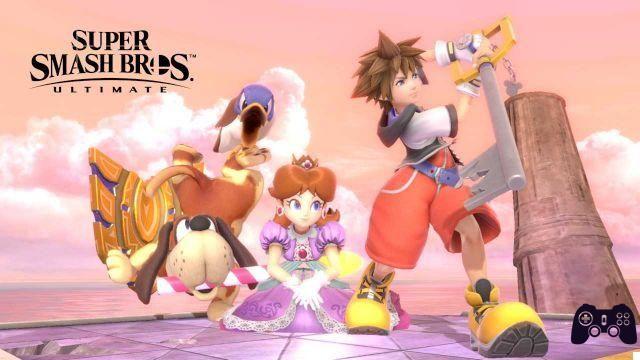 The last of the characters that we will see in our guide has long been an impossible dream for all lovers of both Kingdom Hearts that of Super Smash Bros. Ultimate. Fortunately for them, including this writer, it was Sora to conclude the roster, ironically closing this door for all the time that will separate us from the next chapter of the saga. Sora crosses the blurred boundary between a videogame character, a prerogative to join the cast of the game, and a "stranger" to the sector, adding to the long list of copyright holders the almost unthinkable name of Disney. 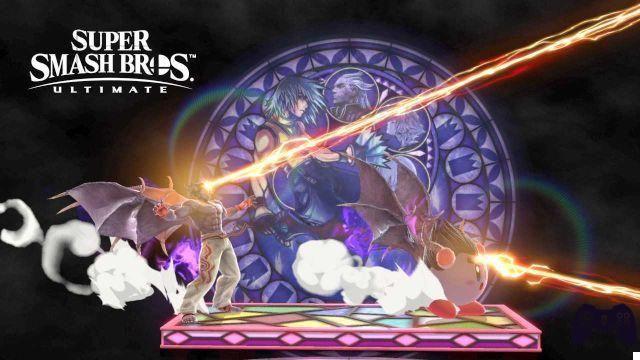 We wrap up our Super Smash Bros. Ultimate character guide on a big scale, aimed more at beginners than seasoned players (but we'll flesh it out in the future), with a tip on special directional attacks. Some moves, in fact, even after the primary input (B, B + directions) allow you to use the analog lever again. You saw it today with Kazuya's Devil Blaster (image) and Sora's Sonic Crossing. In reality, however, we have also talked about it in the past with the Quick Attack of Pikachu, the special attack on the top of Fox and Falco and with other fighters. You will have to prove versatility with your left thumb.

You can practice in the mode Training and slow down time, even making it scroll one frame at a time to refine all your techniques. The most suitable characters to train are just Fox and Falco. Try to initiate their move with ↑ + B (even on the ground), and as they charge the shot tilt the lever in the direction you want to move. And if you want to raise the bar, try Pikachu. Get used to considering the inputs necessary to perform a move as if the B key and the eventual direction were one. True steering comes only an instant after the move has started (for Kazuya: B, and immediately after ↑ to aim high or ↓ to aim low).

That's all for the numbered episodes of the guide: how did you feel? Are there any other techniques you would like to explore in a separate special? Please let us know by leaving us a comment below, and as always don't forget to stay on Holygamerz for all the most important news for gamers and more. For your purely gaming needs, you can instead find the best discounts in digital format on Instant Gaming.

Do you want to be a video game expert and know all the tricks, guides and reviews for your video games ? Holygamerz.com is a group of video game fanatics who want to inform you about the best tricks, guides and tips. We offer you the best information to be a reference in gaming, so here you can find guides, tricks, secrets and tips so you can enjoy your games to the fullest. Are you ready to get all the achievements of that game that you resist so much? Enter now and enjoy your favorite video game to the fullest!
Super Smash Bros. Ultimate character guide (part 2) ❯

Fortnite Season 3: guide to the challenges of week 3

Fortnite Season 4: a guide to the challenges of Week 1

Destiny 2: where to find nightmares in the solar system