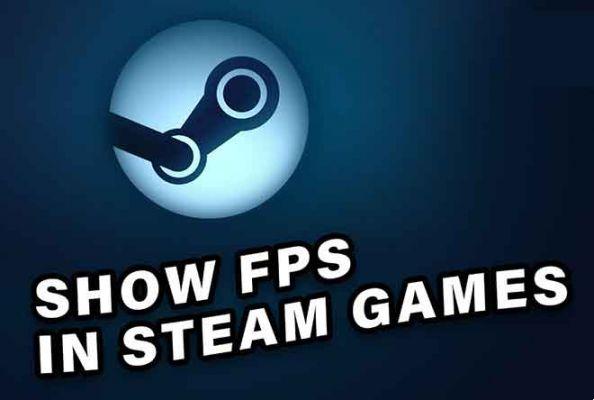 If there's one thing all PC gamers seem to agree on, it's that knowing your FPS (frames per second) is important. It's how enthusiasts measure their hardware performance and optimization, and it can actually give you an edge over the competition in competitive shooters.


There are many options for displaying frames per second, but many are so intense that they can actually degrade system performance. The good news is that Steam has a built-in FPS counter that you can view every time you play Steam. Here's how to set up.

Accessing Steam's built-in FPS counter is simple. When you are not in a game, go up Steam > Settings and select In-game from the menu on the left. In the center of the screen is a list of options. You choose Contatore FPS in-game and click the drop-down box.

By default, it is set to “Off”. You can choose one of the four positions for the counter display: top left, top right, bottom left, bottom right. After choosing the location, click OK and start a game. Your frame rate should appear when you do this.


Another option is available for you. Below the drop-down box, click High contrast color. This will make the number easily visible regardless of the background color in a game. If you don't enable this feature, the number will appear as white and it will be difficult to see against the sky or clouds.

The human eye can translate roughly 30 frames per second, but it can distinguish speed differences as well. When it comes to gaming, anything under 30 frames is considered below average. Below 24 frames per second, the image will no longer appear cohesive, but will instead appear stuttery and jilted.

30 frames per second is considered the bare minimum you should be aiming for. This is a perfectly acceptable number for single player games, although a higher count can make it more cinematic.


When playing multiplayer, 60 frames per second is the minimum you should go. That number of frames will give you a smoother experience and is considered the "target" for performance on most gaming machines.

However, higher-end machines can hit 300 frames per second and beyond on some games. The more frames per second, the smoother the animations on the screen. Tests have shown that high frame rates translate to better aiming in shooters too, perfect for doing better in those competitive games.

How to handle lower frame rates

If you enable Steam's built-in FPS counter and see rates below 30 on your favorite games, there are a few different culprits that could be responsible. Identifying and eliminating or updating these possibilities will improve your performance.

In many cases, the frame rate is affected by the quality of the graphics card. If you are using an older GPU, we recommend that you upgrade to a newer and more modern option. A good budget choice is the GTX 1650. If you want to aim for the top of the range, like the new RTX 3000 series, the good luck has been limited, which has pushed the cost of these cards significantly higher.

If you upgrade your GPU, you may also need to upgrade your motherboard and power supply to account for the increased power draw, so keep that in mind. Outside of the GPU, you should also consider whether your CPU needs an upgrade.

The last possibility of why frame rates are lower than expected is optimization. Some people experience lower frames due to gaming, regardless of the power of their system. Take Microsoft Flight Simulator, for example - it's intense on all computers, and very few (if any) players get perfect frame rates.

If you don't want to use Steam's FPS counter (or need to count frames per second of a game that isn't on Steam), there are alternative options.

FRAPS is perhaps the most popular FPS counter available today. It has been around for a long time and is largely compatible with Windows. FRAPS is completely free to download and use and has a huge number of customization options.

You can choose which corner of the screen to display the counter, choose how often the counter is updated and much more. This is one of the best options for keeping track of your frame rate.

If you're using an Nvidia graphics card, you can take advantage of the GeForce Experience software to view your frames per second, but keep in mind that it's not available to people with AMD graphics cards.


However, GeForce Experience is more than just a frame counter. It gives you full access to your graphics card settings and allows you to customize the card to your needs and desired performance.

FPS Monitor is another free option for tracking your frames, but the utility doesn't stop there. FPS Monitor can display a variety of other information related to system performance, including RAM and CPU usage, HDD speed, and more.

You can also customize the overlay to change the way it appears on the screen. This can be especially useful when tweaking computer performance, as FPS Monitor alerts you if your hardware is approaching a tipping point.

Whether you are an avid gamer or a performance enthusiast, understanding how FPS counters can be used to optimize your computer and enhance your gaming experience is important. Use one of these counters to see how your computer actually performs during your favorite games.