How to download Disney Plus on Vizio Smart TV 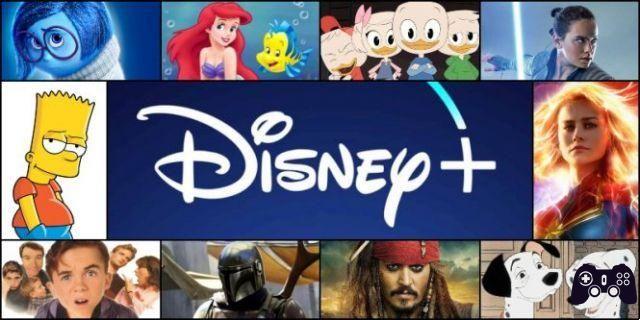 Disney has always wanted to jump into the streaming ring, with the new Disney + service, they've finally taken the plunge. This subscription service is made exclusively for Disney content, but offering limited content is offset by very affordable costs.


The service works like most other channels on streaming devices, so even Vizio owners who have subscribed are eager to start watching. In this article, you will learn how to watch Disney Plus on Vizio TV and what the future will bring for this streaming platform.

VIZIO owners, take a seat because there is bad news coming for you, and then some good news. The bad news is that Disney + is not currently available on VIZIO Smart TVs, VIZIO explained that in a support article. The long-awaited launch of the Disney streaming platform was not slated for immediate release on VIZIO devices.

Disney + is not currently available on VIZIO SmartCast TV as an integrated app or available to cast. VIZIO is committed to offering you as many options as possible to enjoy your favorite content. At the moment, we don't have an official date, but we plan to make the Disney + app available in 2020. In the meantime, you can use the Apple AirPlay feature that was recently added to the VIZIO SmartCast 2022, 2018, 2017 and VIZIO SmartCast 2016 UHD TVs. to share content from your iOS devices to the TV.

This means that your Disney + membership will need to find a home on another device for now.


SO WHAT'S THE GOOD NEWS?

The good news may not make up for your disappointment, but it does give some users a little hope. VIZIO stated that users with an AirPlay compatible TV may be able to use the AirPlay service to stream Disney + content to their Smart TV.

It's a bit odd, but it appears to be a viable test-based workaround. Of course, it's only available to Apple users as it relies on using an iOS device to stream content to the TV.

Barring this workaround, the other "good" news is that the Disney streaming service will be available on VIZIO in 2020. Vizio has not yet talked about a specific date for it, but has assured users that a date was coming for it. 2020.


WHAT ARE THE ALTERNATIVES?

Well, as it turns out, Disney has made streaming deals with just about every other streaming service, platform, and manufacturer. LG TVs, as well as consoles, Apple and Android devices, and of course computers, are all viable alternatives for watching Disney +.

Not exactly, there is a way to have Disney Plus on your Vizio TV, but there is work to be done, it has not been fixed by VIZIO or Google as a viable workaround. It won't put any of your systems at risk and may not work, but it's worth a try.

It involves Chromecasting from your laptop or PC to your VIZIO TV.

Open the Google Chrome application on your computer and click the hamburger icon in the top right corner to bring up the menu. In that menu, you will find a “Cast” option, click on it and you should see all the devices available for casting. Instead of directly selecting a device, click on the drop-down menu labeled "Sources" and select "Cast Desktop".

Once the desktop is selected, you will be shown another menu where you will see the desktops available for casting. If you are using only one monitor, only one desktop will be displayed. In any case, select the one you want to see on the TV and "Accept". Then, in the device selection menu, with desktop broadcast selected, choose the device you want to broadcast to. In this case, it will be your VIZIO TV.

If it works correctly, you will now have your computer screen mirrored on your TV.


Now all you have to do is log into your Disney + account from the Chrome browser and watch your shows. Technically you are streaming them from your computer, but since you have screen mirroring, it will play on the TV as well.

DISNEY PLUS VICE IS EQUAL TO ENTERTAINMENT

If you're the proud owner of a VIZIO TV and have been looking forward to the release of the Disney + service, you're probably not too happy right now. It's definitely something VIZIO could have tackled with their users as Disney announced their service well over a year ago.

However, all is not lost, there is an apparent workaround in the form of screen mirroring from a laptop or PC. All you need to do is mirror your desktop to your VIZIO TV using Google's Chromecast from their browser. Make sure you select the desktop as the source rather than casting it directly to the device from the browser.