The Elder Scrolls: Legends, How to Avoid 5 Beginner Mistakes | Guide

It is said that to err is human, to persevere is diabolical. Tired of messing around in The Elder Scrolls: Legends? Bethesda has prepared for you a simple guide on 5 trivial beginner mistakes, how to recognize them and how to avoid them

The Elder Scrolls: Legends is a game of skill, strategy, resourcefulness and luck. This means that a mistake or an oversight can become an opportunity to learn, grow and play better. Learning from your mistakes is a good thing, but today we want to show you the five most common mistakes made by newbies (and, sometimes, by the most experienced), how to correct them on the run and how to avoid them.

Some of these tips are applicable to card games in general, while others are specific to The Elder Scrolls: Legends and its unique features. But let's see what are these 5 mistakes to absolutely avoid and how to remedy them!

Destroying Runes Too Quick (The Elder Scrolls: Legends, How to Avoid 5 Beginner Mistakes)

Often, the most anxious players tend to line up their entire hand at the start of their turn before proceeding with the attack. After all, what's wrong with filling your own half if your opponent can't react during your turn?

Thanks to the rune system of The Elder Scrolls: Legends, which allows players to automatically draw (and potentially play) a free card after losing a certain amount of health, your opponent may do the same. 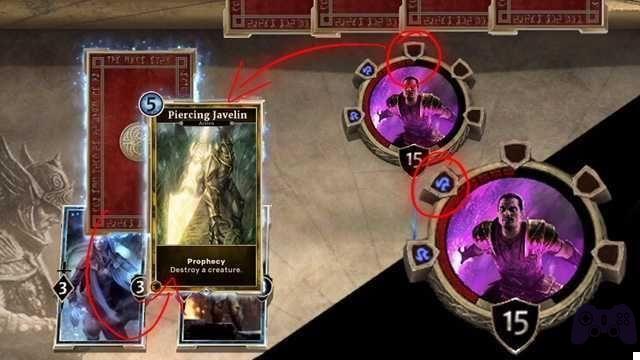 The Prophecy cards, which can be played immediately and at no cost if drawn after the destruction of a rune, allow the opponent to make a play right during your turn, be it a simple creature with Guard that will parry the next hit or the removal. total of your best card.


To prevent your boutonniere from fading due to a Piercing Javelin, attack first. Of course, some cards work better before an attack (for example, Divine Fervor empowering your creatures or Priest of Shadowfen silencing a creature with Guard), but in general it's best to leave the opponent as few targets as possible in case. of a sudden played Prophecy.

Losing sight of the clock (The Elder scrolls: Legends, how to avoid 5 beginner mistakes)

"Who is winning?" it's a misleading question. Comparing players' total health seems like an easy way to figure out who's in the lead, but other factors like the presence of cards in play, hand size, and runes left can turn the tide in an instant.

For this reason, it is important that players learn to keep an eye on what we call the "clock". In general, the clock is the number of turns it takes to beat a player (for example, if you inflict 5 points of damage per turn against an opponent who has 15 health, his clock is three turns). 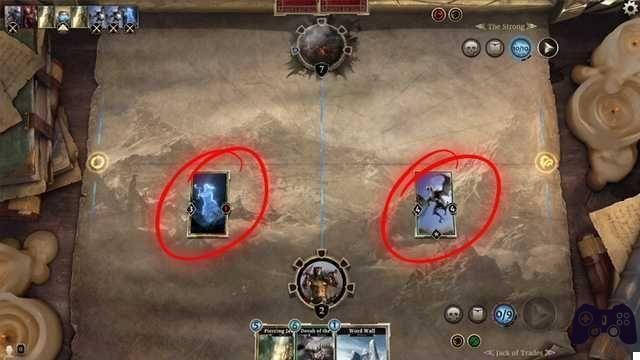 Essentially, a game of Legends is a sprint to reduce the opponent's health to zero first, so it is crucial to understand who is in the lead when you have to decide the next move. Having the most health, the best hand and the most powerful creatures in play means nothing if your opponent can wipe you out in just a few turns. Keep in mind that he may have saved the best cards for a powerful surprise attack, such as a creature with Charge or a Lightning Bolt thrown at the last second.

Overdoing the Ring of Magicka (The Elder scrolls: Legends, how to avoid 5 beginner mistakes)

Starting for seconds in The Elder Scrolls: Legends seems like a defeat announced, but thanks to a little gem it can come in handy… as long as you know how to manage it correctly.

With 1 point of magicka awarded per turn, the Ring of Magicka compensates for being second to play. However, the ring's limited number of charges means that this powerful artifact can run out before exploiting its full potential. 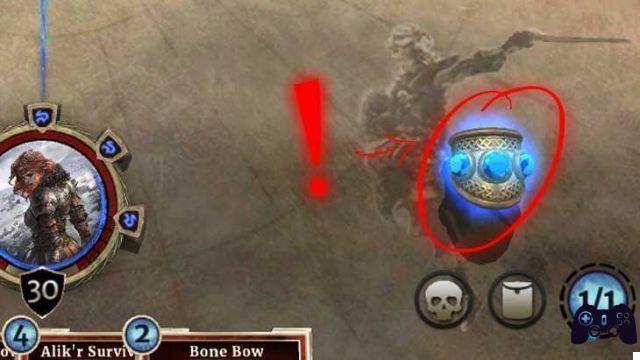 At first, players may be tempted to always take advantage of the Ring to keep up with the opponent. Playing a turn early is exciting, but it's a waste of magicka if you have nothing else to put into play the next turn.

This does not mean that you have to keep the charges of the Ring for later use. The secret is to find a balance and use the Magicka Ring to keep pace, doing your best to play a card each turn and keep up with the opponent.

This strategy is very useful if you have an opening hand like this so early in the game. Do you have two 3-cost creatures to start with? You could use the Ring on the second turn to field one creature and keep the other for the next turn. The real strength of the Ring is to keep the opponent under constant pressure, and not to surprise him occasionally. Plus, it matches your eye color, you know?

Ignoring the Open Zone (The Elder scrolls: Legends, how to avoid 5 beginner mistakes)

Special Zones offer an extra layer of strategy, allowing you to gain tactical advantages based not only on what you play, but also where you play it. In a "standard" Legends game there are two main zones: a normal one on the left and no special rules called "Open" and the elusive "Dark" zone on the right.

Creatures summoned (or moved) to the Dark Zone immediately gain Cover, so they can't be attacked for a turn. Players may be tempted to always summon their creatures to the Dark Zone for extra protection, but it's crucial don't just focus on this area. 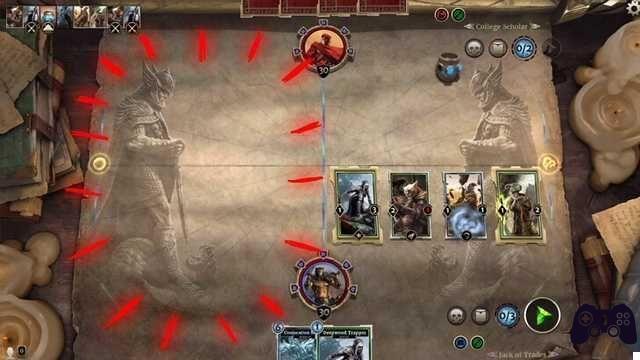 While some creatures get great benefits in sunlight (for example, those with the Steal or Killing abilities), controlling the Open Zone offers a great advantage. Without Cover to protect newly summoned creatures before they can attack, it can be difficult to take back the Open Zone over the other.

It takes some practice to gain control of both zones, but creatures with abilities like Charge or Guard, who still don't benefit from the Dark Zone, make two-pronged combat easier. Combined with some cards that move creatures between zones, the yield is even better!

Don't Consider the Curve (The Elder scrolls: Legends, How to Avoid 5 Beginner Mistakes)

Sometimes problems occur even before a game starts. Created from your own collection or improvised in Arena mode, a deck can have problems right away when looking at its magicka curve.

What is this "curve"? In many card games, the curve refers to the deck building strategy whereby an optimized deck is statistically more prone to having playable cards in hand with an adequate resource cost.

In Legends, being “on the curve” means that a deck can play a 1 cost card on turn 1, 2 cost card on turn 2, and so on. The best way to get a good curve is look at the magicka cost chart as you build your deck. 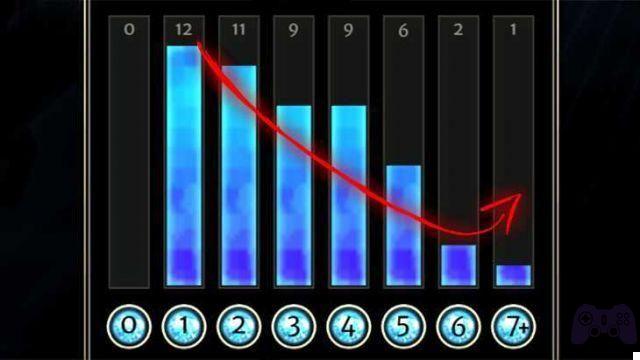 In general, you will want more low-cost cards for the first few hands, which is when magicka is in short supply and you haven't drawn many cards yet. From there on, add slowly until you get a smooth and gradual curve.

When players lose track of magicka costs, their deck is more prone to drawing the wrong card at the wrong time. An excess of cheap cards will not be able to keep up with the strongest opposing creatures in the final turns, while too many overpriced cards at the beginning may prevent you from playing for several turns in a row. In short, you need a balance of good cards to play at the beginning, middle and end of a game.

Obviously, these tips do not guarantee your victory. Nothing is certain, as there will be random eventualities, strategic moves and sudden returns, and that's the beauty of a game like Legends. Different styles of play require equally different curves, but there's nothing wrong with helping your luck… and helping you!

We hope you find this guide useful! If you are a The Elder scrolls: Legends let us know in the comments if these tips helped you, and we remind others that the title is available for Android, iOS, PC, Classic Mac OS!

The Legend of Zelda: Breath of the Wild, how to get the Thunder Helm ❯

Guides How to optimize the game with the patch - Cyberpunk 2077

Pokémon GO: how to catch Ho-Oh the Legendary Pokémon | Guide

Outriders, Guide: all classes and their respective skills

Demon's Souls boss guide: how to beat the Referee

Add a comment from The Elder Scrolls: Legends, How to Avoid 5 Beginner Mistakes | Guide