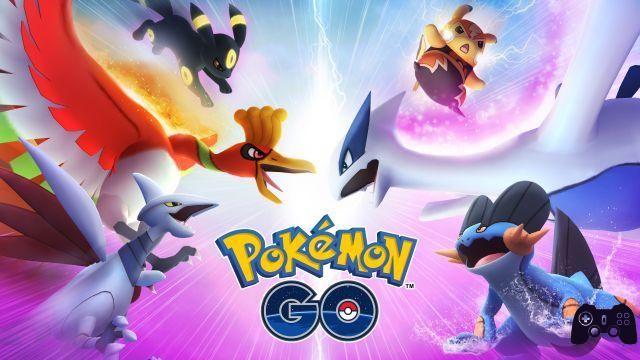 Eevee is a very important Pokémon in Pokémon GO, as it is used to obtain Celebi in its special quest! In addition to this, it is also very useful thanks to its many evolutions.

The evolutions of this beautiful Pokémon that you can get in GO are seven, I report them here briefly:

How to have all the evolutions?

Soon said! Know that it is enough rename your Eevee with the right nickname, to get theevolution you want. For once, therefore, you can bypass the randomness programmed by Niantic that makes subsequent evolutions completely out of your control.

But what are these phantom nicknames?

Below is a short list with the nicknames needed to evolve your Eevee. 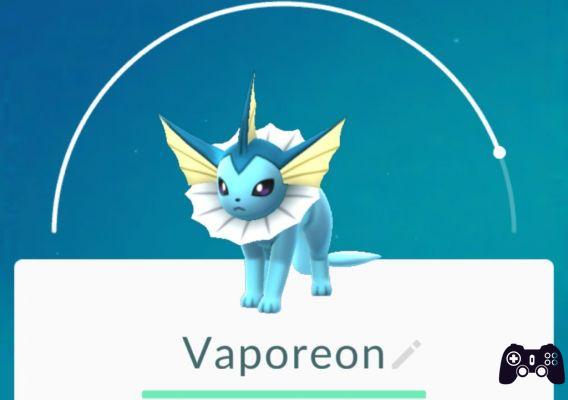 The name to be used for Vaporeon is Rainer. It owes its name to the Vaporeon of a character from the main series, one of the three so-called Eevee brothers. The three brothers appear in an episode of the first series, and each use one of the three evolutions of Eevee found in Kanto.


Equipped with good resistance, it is unfortunately little more than a budget choice. In fact, he is now overtaken by Gyarados (especially after the Community Day dedicated to him), and of course by the legendary Kyogre - which always remains the best choice for the Water type. 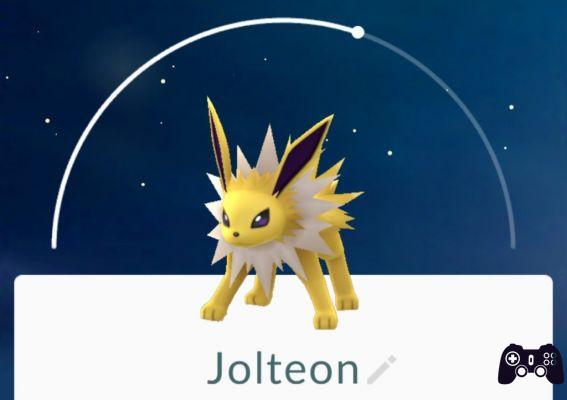 The name for Jolteon, instead it is Sparky. Unfortunately, the same goes for him too. Jolteon's heyday goes back to when there weren't many other choices, but generations later you'll prefer legendaries who can use Electro moves. In the absence of these, however, you can always use it as a fallback.

Jolteon is in fact still quite accessible: although it must be obtained randomly after using the nickname, Eevee is very common and to evolve it costs a few candies. Its Electro evolution has Invertivolt, a strong move that, however, finds a weak point in the few health points of those who use it. 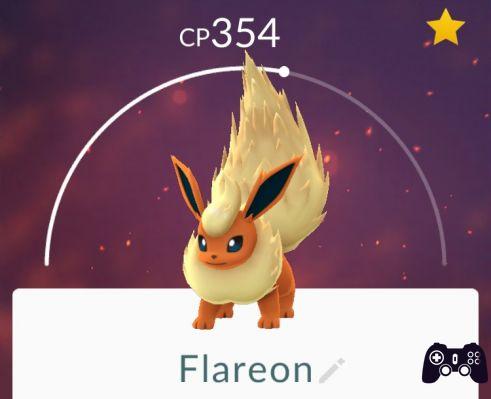 The name for the very hot Flareon è Pyro. The best type Pokémon Fire not legendary within Pokémon Go, we've all known it for years now, powerful and beautiful.

Again, legendaries like Moltres and Entei are a much better choice than Flareon in many situations - but if you don't have them, it's a great budget choice. Arm yourself with patience and lots of Eevee and candy, maybe you will be able to get one. 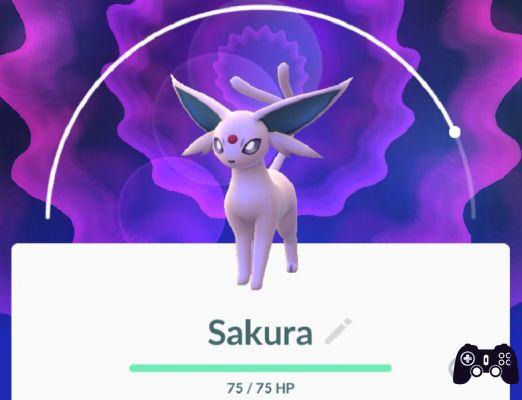 The name for getting the evolution of Espeon è Sakura . No other requirements: just rename it like this and your Eevee will evolve into the Psychic-type two-tailed cat.

Impossible to tread enough on how much Eevee's evolutions make accessibility their spearhead. Mewtwo, Gardevoir, Alakazam - to name other Pokémon of the same type among many - are not at all easy to find, unless for the last two you have participated in their respective Community Days.

Espeon also loses some of its accessibility after using the nickname, as it can be achieved with an alternative but more tedious method (explained below). 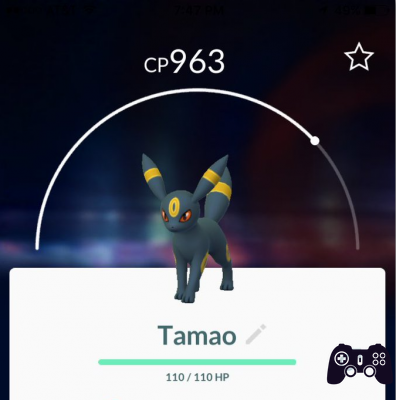 Definitely one of the best Pokémon Dark, this evolution can be achieved by renaming Eevee to Tamao. As for attack, this statistic unfortunately doesn't shine in his case. On the contrary, however, he enjoys an excellent defense and a decent amount of health points, which makes him an excellent defender and the only solid Evolution even in PvP.

Here, too, the post-nickname accessibility discourse is complicated by a mechanically virtually similar but opposite to that of Espeon, which makes it tedious to get the Pokémon back.

Tyranitar is without a doubt a better attacker for the Dark type, and the one you will want to use most of the time. Certainly not easier than Umbreon to obtain, keep an eye on the gyms - the Godzilla Pokémon occasionally makes an appearance as a raid boss. 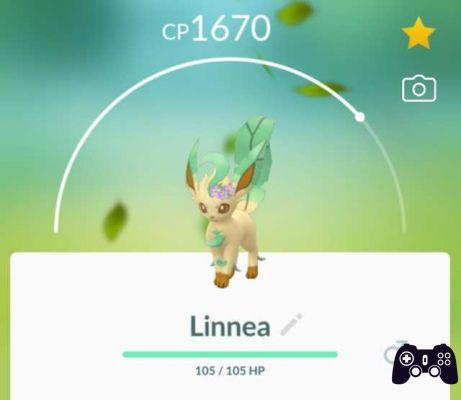 In the face of an indisputable aesthetic beauty, unfortunately Leafeon is one of the pokémon less powerful of the element Erba. it can in fact be easily replaced by a Exeggutor and many other choices. To get it, rename Eevee to Linnea.

Leafeon is clearly outclassed by Grass-type starter Pokémon with Root Tree, a move only obtainable during their Community Days. Of course, teaching that move to a starter Pokémon again isn't easy at all - but getting Leafeon after using the nickname is not worth it. less.

You will in fact need a sylvan bait module, which you will get from time to time from special searches or by buying it (using Pokémonete) in the in-game store. 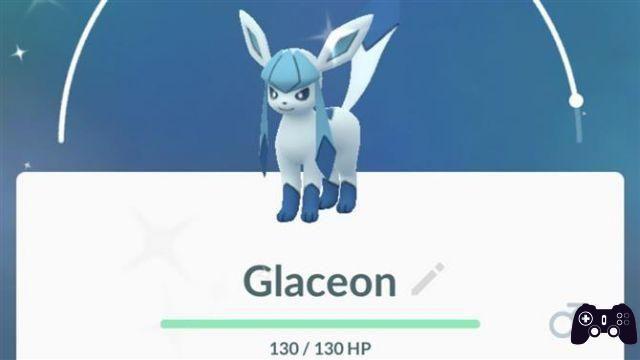 Second only to Mamoswine (excluding the legendaries as always) Glaceon remains a very good Pokémon. Using the nickname for Eevee Sale you can get one in seconds.

Mamoswine also had a Community Day, like many of the Pokémon already mentioned. Eevee himself had one, but it is one of the few Pokémon that still remain readily available outside of these special events.

It is clearly a point in its favor compared to Mamoswine, whose basic Swinub form is far from common.

Short ranking on the evolutions of Eevee in battle

What if I've used the name trick before?

Do not worry, you will always have the possibility to obtain the evolution you want, it will no longer be an evolution "without fail", but by following a few tips, you will have many more possibilities, specifically:

Do you want to be a video game expert and know all the tricks, guides and reviews for your video games ? Holygamerz.com is a group of video game fanatics who want to inform you about the best tricks, guides and tips. We offer you the best information to be a reference in gaming, so here you can find guides, tricks, secrets and tips so you can enjoy your games to the fullest. Are you ready to get all the achievements of that game that you resist so much? Enter now and enjoy your favorite video game to the fullest!
News + All major trailers explained - Bravely Default II ❯

Guides Where to find all the Mysteries - Assassin's Creed: Valhalla