Person 5: some advice before starting | Guide

Persona 5 is finally available exclusively on PlayStation 4 and PlayStation 3. Here is a short guide containing some useful tips to start the adventure!

5 person has already been available for a few days exclusively on PlayStation 4 e PlayStation 3: with its latest flagship title, ATLUS raises the bar and offers players complex gameplay, unforgettable characters and an engaging story. This is the sixth chapter of the homonymous series, the magazine Famitsu positively reviewed the game (like most video game magazines), praising in particular its longevity.

Our review is coming, but we can already tell you that in the first hours of the game you pass immediately and in a nuanced way from the "system on tracks", with hardly explorable settings, to having a lot of free time in the first available building (palace which, in 5 person, is equivalent to a real dungeon). After twenty hours of gameplay spent in the company of the protagonists, there are some things that the player might have preferred to know before starting his adventure in the Phantom Team. And in this guide we will list them to give you a hand: here are ours useful tips to get started.

Okay, it seems like a pretty obvious piece of advice, but it's not: listen to that damn talking cat. Once she enters your life, Morgana will do nothing but dispense one piece of advice after another. Some of these will be completely clear instructions, others just hints. However, regardless of the result you may get, talk to the cat and ask him for advice. Morgana is very useful in telling you where you should be / go at a precise moment of the narration, and also how you should face a fight. It can be hateful at times, but it's worth a try.

You have to hit first

Most of the fights up to the first mansion will be part of the developer tutorial, but once you have complete control of your party 5 person he will not treat you with gloves. The goal in any battle is to defeat your opponents before they do the same to you. Use sleep-related spells or knock enemies to the ground to take them out quickly. The “One More” combat system is great, since it allows you to attack an enemy after you've already hit a weak spot, but your opponents can use the exact same ruse against you. If the enemies hit your sweet spot, they too will receive the "one more" option. This can lead to an unpleasant turn of events. For you, of course.

Kamoshida Palace is home to numerous enemies that can inflict high damage and hit your weak points several times in a row: if you don't take them out in time, you could be destroyed in just one game turn. This is why you should start each battle phase with an ambush: this allows you to attack first and avoid dying. And if an enemy comes up behind you or suddenly jumps on you… well, pray it doesn't happen.

In Persona 5 you will find new types of opponents everywhere: use different skills against them, experiment. If you have a chance to come face to face with a single new creature at the start of a palace, it is the right occasion to learn his weaknesses and its strengths. This is a crucial point for success: in the next battles you can use the trick of "One more" to continue in an uninterrupted chain of attacks. 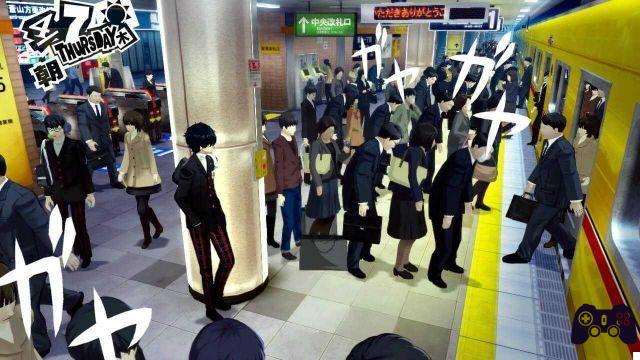 Without knowing the weaknesses of the enemies before embarking on a difficult fight, you risk experiencing ever increasing difficulties. Take your time: if you continue to run into the same opponent but can't figure out what their weakness is, consider going back to the nearest Safe Room to have them respawn. This way, you can keep eliminating the same enemies and practicing until you find the right tactics to use against them. Knowledge is power in Persona 5, and if you forget it you will end up KO from the first building.

Before entering the first palace, you will learn how to capture shadows and masks. This means that you can trade your Personas as you please, using your enemies' tools against themselves. Before entering the Kamoshida Palace to start the infiltration, Igor will teach you everything you need about Personas and their mergers, and from this moment you can combine the power of two Personas to obtain a single, more powerful being. To do this, however, you will have to capture the Personas by talking to them and convincing them to join your team.

In short, you know how the Pokémon series games work, right? The first time you come into contact with an enemy you haven't captured yet, in 5 person, try to defeat him and then talk to him. Get one of each type and then go back to Igor to show him. By merging Personas, you will diversify your team, and thereby increase your chances of attacking enemy weaknesses. Remember, however, that you cannot create or capture Person of a higher level than yours.


Study the roles of the party

You will be the most versatile element within your team, so use a Person who can both weaken enemies and use elements unrelated to the team itself. Remember that items allow your companions to cover certain roles: For example we have assigned Ryuji to a better bat purchased from us and equipment upgraded in the brute force that we found inside the first palace. This turned him into a monster capable of dealing massive damage as long as the other team members continued to support him. 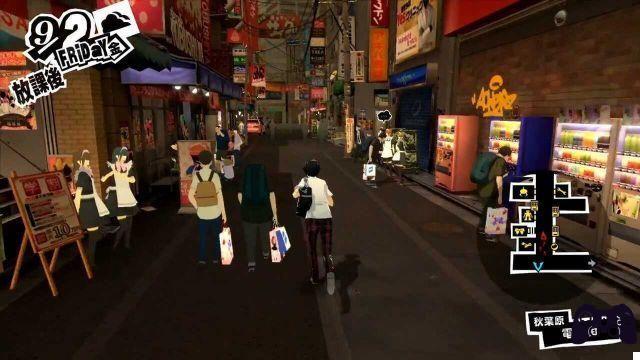 Morgana is extremely useful as a healer, not least because she has no equipment to cause damage for most of the game scenarios. Ann's fire spells (accompanied by the Tommy gun we bought her) allow her to deal some interesting special damage, as well as put opponents to sleep for a while. Choose your style, and build the battle scenario of your choice around your team, in order to give their best during the combat phases.

Watch out for the timer

When 5 person give the player some free time, you will have 14 days to infiltrate the palace and steal Kamoshida's heart. From here on out, it doesn't matter what you choose to do - you'll have to be successful in the dungeon, period. You can buy items with the (limited) funds you have available, or go straight to the end. Whatever way you choose to act, take your time.

It took us three days to reach the treasure, and another day went away while we were fighting the final boss. If after starting you find yourself in a bad way inside the building, you can always take a day to buy medicine or stock up on weapons, or even take a bath. Winning fights will earn you a lot more money than working.

You will have more than one opportunity to connect with Ryuji outside of high school. This will take you a considerable amount of time, but it's worth it: not only will you understand some of the reasons why Ryuji hates Kamoshida so much, but you will also strengthen your friendship with him. And when the level of your "bond" with him rises to 3 points, there will be the possibility that inside the Ryuji dungeon follow your series of attacks against enemies on its own, dealing even more damage. It's a pretty rare ability with an activation rate, but when it activates, it's capable of saving your skin.

Spending time with your team members in general is very important. After all, Persona 5 is not just a game where you steal hearts and take on the role of the Phantom Thieves. These more serene moments enrich the production.

… But also with the other confidants

Spend time with party members from 5 person it's useful, but what about Sojiro and Tameki? They too should not be neglected. Stopping at the clinic to work for Takemi will give you some bonus stats points, as well as access to a number of new medicines to use in the Metaverse. Spending time with Sojiro you will get very similar benefits, including a coffee, the only one able to regenerate the SP points inside the building.

PES 2020: here are all the best young talents ❯

add a comment of Person 5: some advice before starting | Guide