In this new episode of our Nioh 2 boss guide we will explain how to beat Shuten Doji, the drunken Yokai warrior

The last title of the Team Ninja it is a very difficult game and is capable of creating problems even for the most prepared gamers. The game's missions are littered with powerful enemies and treacherous traps, but the biggest obstacle for most players is the boss. For this reason we have decided to write one complete guide to bosses in Nioh 2 and in this episode we will explain come battere Shuten Doji, the drunken Yokai warrior.

Get ready for a fiery duel

Shuten Doji is a Yokai who is said to be a leader of a terrible army of demons, and fighting him won't be easy. The recommended level to defeat this boss is 112 and it is advisable not to be too low on this level.

Shuten Doji is a warrior who uses the fire element, therefore before the fight it is good to prepare some amulets for fire resistance. The attacks of this Yokai are incessant and during the fight you could risk running out of stamina, so use items capable of increasing Ki recovery speed it will be extremely useful to you. If you have a build related to Omnyo magic you might want to try using some as well spells of water element, but during the fight it will not be easy to find the time to throw them. 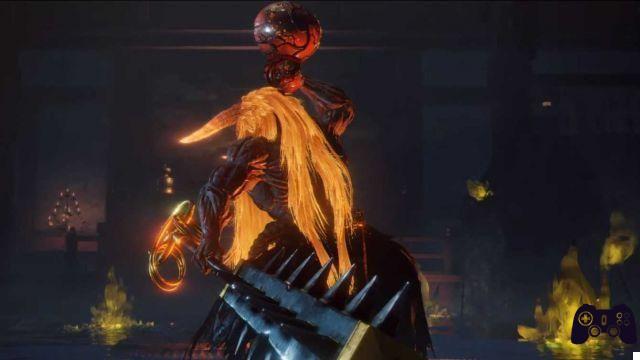 Yokai Shuten Doji is a master of drunk style, a particular fighting technique composed of staggering and unpredictable movements. His attacks may seem very slow at first, but once he starts a combo, nothing can stop him.


The attacks of this boss cover a very large cone area and if you find yourself in front of him you will risk suffering serious damage. Facing the wide range of the enemy, it's not a good idea to stay away from them, unless you really go very far. The best way to avoid these attacks is be extremely close to him and try to dodge in order to stand behind him. When you are behind him, you can safely hit him until he runs out of his current combo, but be ready to move as soon as he finishes it. Moreover, being behind him there is the risk that he decides to use a 360 ° attack with her hair, in this case the only thing to do is to get away as far as possible or try to parry it.

With his attacks Shuten Doji will often pursue you during the fight, but you must remain calm and focused waiting for an opening. One of the best chances to hit him is during his breath of fire, as he will stop for a moment and you will have time to get behind him. However, this attack can also be blocked with a explosive counterattack and if you do you will be able to inflict much more damage on it than with a normal combo. Many may be frightened of the risk of being hit but, as the breath of fire will be extremely slow, you will not be in any danger.

Another good time to perform the explosive counterattack is when the boss will try to hit you with his flask. From the moment the enemy flashes to warn you that a counterattack is possible, a couple of seconds will pass before it decides to hit you. During this time you will have plenty of time to get into position and execute a perfect counterattack. 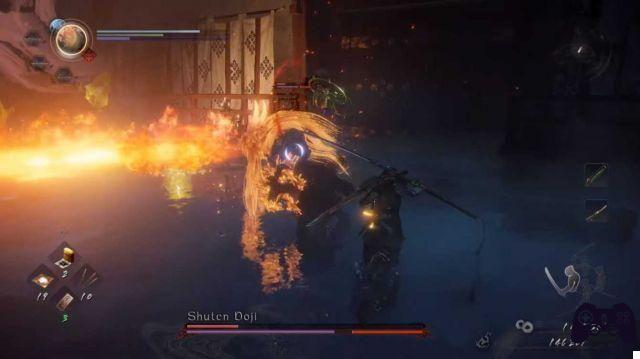 Fight in the Dark Kingdom - Nioh 2 boss guide: how to beat Shuten Doji

At some point in the fight Shuten Doji will drag you into the Regno oscuro, making the fight even more difficult. This boss is able to empty your Ki gauge in no time, and with the regeneration decreased due to the Dark Realm you could have a lot of problems. Moreover, in this phase the Yokai will become much more aggressive and will not give you even a moment of respite.


The best way to get through this stage is to try to be extremely cautious and strike the enemy only when he is defenseless. Using the explosive counterattacks in this one will be very useful, but with a little patience your enemy could too to get out of the game alone. At this stage there is a good chance that Shuten Doji is using a very long combo that ends with his fall to the ground and in that instant you can inflict a lot of damage on it. 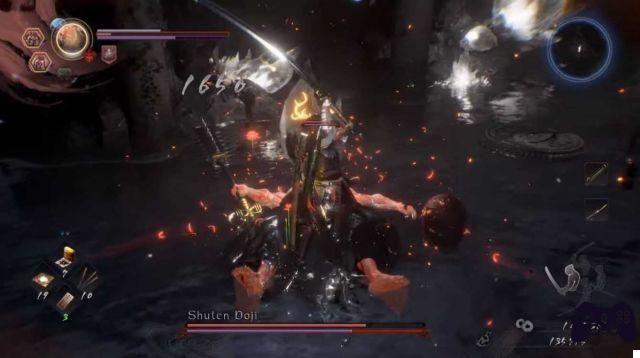 Defeating this warrior is not a walk in the park, but thanks to this guide you will now surely be able to beat him without too many problems. If this guide on how to beat Shuten Doji was useful to you, we recommend that you also have a look at the other Nioh 2 boss guides on our site:

Marvel's Avengers: here is the complete list of all the trophies

Ghost Recon Breakpoint: how to heal yourself with syringes and bandages

Back 4 Blood: how to best use Hoffman

Add a comment from Nioh 2 boss guide: how to beat Shuten Doji