In this episode of our Nioh 2 boss guide we will explain how to beat Tatarimokke, the dangerous owl Yokai

The last title of the Team Ninja it really is a game very difficult and is able to create problems even for the most prepared gamers. The game's missions are littered with powerful enemies and treacherous traps, but the biggest obstacle for most players is the boss. For this reason we have decided to write one complete guide to bosses in Nioh 2 and in this episode we will explain how to beat Tatarimokke, the dangerous owl Yokai.

The Tatarimokke is an extremely dangerous creature, capable of creating many problems for less prepared warriors. The recommended level to beat this boss is the 38 and we advise you to be close enough to this value before addressing it.

Tatatimokke is an unpredictable Yokai and will be the first major obstacle for a novice player. To simplify your battle it is advisable to use talismans of purification, as this boss will be very weak to purity. Alternatively you can also use gods fire talismans, the effect will not be as effective but you will still get a good advantage. Even items capable of increasing Ki regeneration, such as sacred water, they will be extremely useful against this enemy. 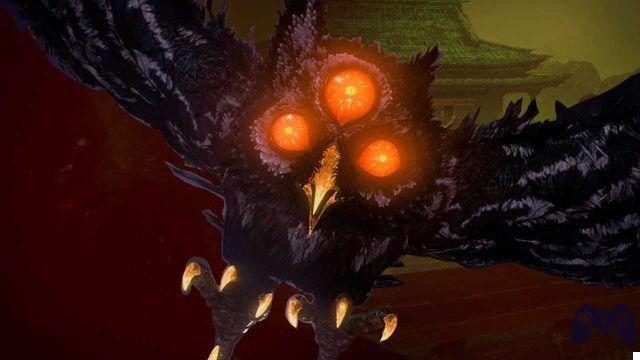 Starting with a bang - Nioh 2 boss guide: how to beat Tatarimokke

Throughout the path that led you to the boss, you will surely have found several urns filled with a strange blue energy. These containers can be destroyed for buff your weapon with the purity element and once broken they will inflict too severe damage to the ki of nearby Yokai.


To get the best out of this boss fight, we recommend you immediately run to the right as soon as you enter the arena until you reach one of these amphorae. Once in position, just wait for the boss to approach and break the container with a dodge. The explosion will power up your weapon and will inflict heavy Ki damage on the Tatarimokke, even leaving him stunned for a moment. If done correctly, this strategy will allow you to remove more than half of the boss's Ki.

A restless creature - Nioh 2 boss guide: how to beat Tatarimokke

The attacks of the Tatarimokke really are fast and dangerous, but as long as you stay calm you will be able to defeat him. Dodging the blows of such a large and fast creature is not easy at all, so we advise you to par you as much as possible and wait for an opening. Usually after you've parried a few attacks from its wings, it will try to hit you with a explosive attack and this is the right time to fight back.

Once you have zeroed his Ki, you can inflict a lot of damage to his eyes and sometimes even destroy them. Destroying the eyes is a great way to make the battle easier, since in this way the Tatarimokke will no longer be able to use his ranged laser attacks. Be careful though, as after recovering from the stun the boss will attack you immediately. 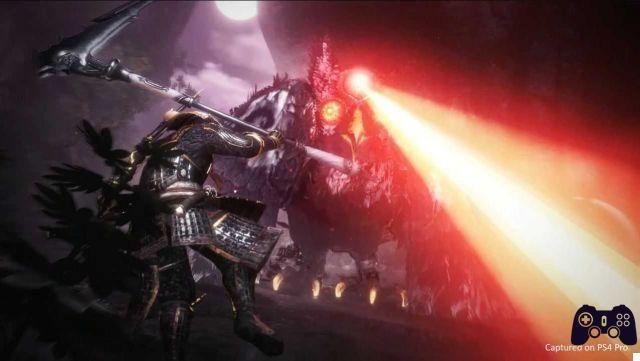 The snake and the Dark Kingdom - Nioh 2 boss guide: how to beat Tatarimokke

Once you have entered the Dark Realm, the Tatarimokke will begin to fly and perform numerous ranged attacks. To make it land you will have to destroy one of his eyes, which at this stage will appear in a zone on the edge of the arena. These eyes, however, will not be defenseless at all, but will launch against you numerous very dangerous magical attacks, which fortunately can be for you without major repercussions.

To be able to quickly destroy these eyes we recommend using the soul core of Yatsu-no-Kami, as it will be able to deal a lot of damage quickly. If you have used the power of this Yokai correctly, then they should be enough for you a couple more hits to destroy the eye. When you have destroyed the eye the dark kingdom will disappear, the Tatarimokke will crash to the ground and you can inflict a lot of damage on it. 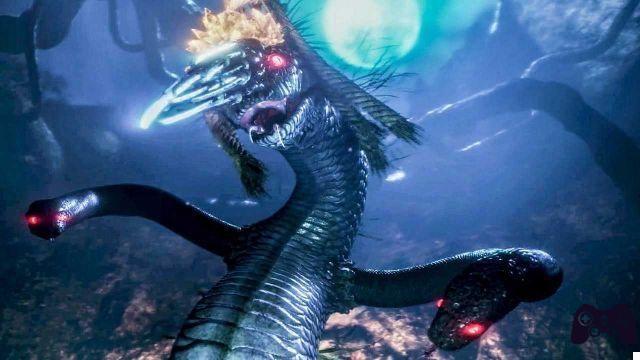 Bird on the ground

Thanks to this guide you will surely be able to take down this fearsome Yokai without too much difficulty. If this guide on how to beat Tatarimokke was useful to you, we recommend you also have a look at the other Nioh 2 boss guides on our site:

add a comment of Nioh 2 boss guide: how to beat Tatarimokke