New Pokémon Snap: how to get four stars with Scorbunny

Jump everywhere, it's full of joy and is a perfect shot to enrich your own collection of photographs on New Pokémon Snap, is Scorbunny the very nice and unpredictable Bunny! It's been a long time now since, the then very young Satoshi Tajiri, had revolutionized the world of pop culture, Japanese and otherwise, with its mythical pocket monsters. But why just capture them and make them fight if they could also be photographed in their natural environment?

The chapter for Nintendo Switch released at the end of April, based on the mechanics of the one made for Nintendo 64, answers these questions and picks up the question in a much more colorful, immersive and engaging way. So let's see how to photograph our elusive bunny and thus collect the 4 stars to move forward in the game!

Scorbunny: how to get all 4 stars on New Pokémon Snap

Take a picture a Scorbunny in New Pokémon Snap sarà a really playful and fun undertaking precisely because of the very characteristics of this cute little monster. In fact, he runs from all doors, plays with other creatures, uses them to hide and even sleeps on top of them! 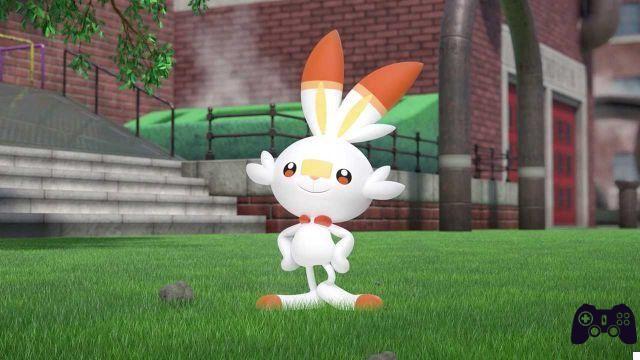 In conclusion, if you too want to catch other monsters how about getting the various main chapters and spin offs at the best price? If your answer is yes, then click here, while, to be always up to date on video games yesterday and today, stay with us on Holygamerz!

New Pokémon Snap: how to get four stars with Shaymin ❯

Overcooked All You Can Eat: let's see the trophy list!

Fortnite: here are the challenges and rewards included with the 12.60 update, according to the leaks

Add a comment from New Pokémon Snap: how to get four stars with Scorbunny