In this guide dedicated to Hyrule Warriors: Age of Calamity, you will discover some useful tricks and tips to start playing

The story of Breath of the Wild is a component of the game that was well implemented, short but concise just right to make room for a gameplay totally free from chains. However, in this way some unknowns were created on the events of the war against Calamity. Nintendo has therefore decided to collaborate with Koei Tecmo Games to make a prequel worthy of the main series. The result was a delicious musou, which we were able to play in preview thanks to the demo. Discover some in this guide tips and tricks to start playing Hyrule Warriors: Age of Calamity.

The game in this guide is a musou, a genre not very common in the West and often mistreated for its repetitiveness. However, we are aware that many players will still approach this title due to the interest that the Zelda series automatically generates. It is still a official prequel, not a non-canon video game like the first Hyrule Warriors was. The events narrated thus create official implications for BotW and its still-in-development sequel. With all these potential new players we have therefore decided to create an ad-hoc guide for guide you to its discovery. So let's proceed with our guide dedicated to the tricks and tips to start playing Hyrule Warriors: Age of Calamity. 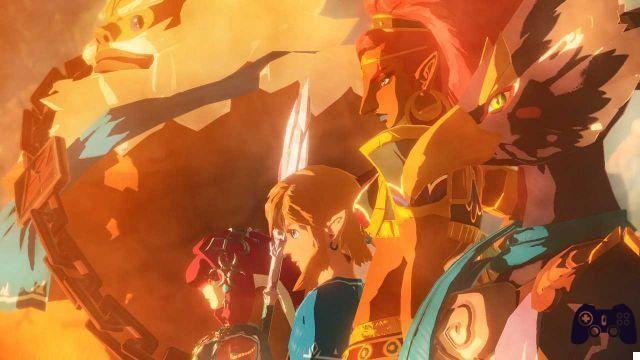 This video game faithfully incorporates some characteristics well known to fans of Breath of the Wild and merges them with those of the genus musou more akin to the Dynasty Warrios. An eclectic title came out of it both beat-em-up and action-adventure. Each champion you can control can unleash very different abilities. For example, Zelda uses the Sheikah tablet for every attack, while Impa relies on the occult power of the Sheikah seasoned with a good where of agility. To be able to best express the power of the heroes, however, it is good to understand the basics of combat.


The regular attachment of pulls out by pressing Y once, or repeatedly to get a combo. Already in this way we are sure you will be able to take down a large amount of enemies. With the right time and resources, you can also increase its length for even more damage in style. Then there are the powerful attacks with X that allow you to unleash the power of the hero more or champion, doing far more damage.

Pressing X repeatedly will not create any combo, it must in fact be used in tune with a Y attack combo. For example: X + X + X + Y will give a different result than X + X + Y. Try all the combinations to achieve the desired effect, in the next paragraph we will talk about how the special attacks and unique abilities, then read this guide for tips and tricks to start playing Hyrule Warriors: Age of Calamity. 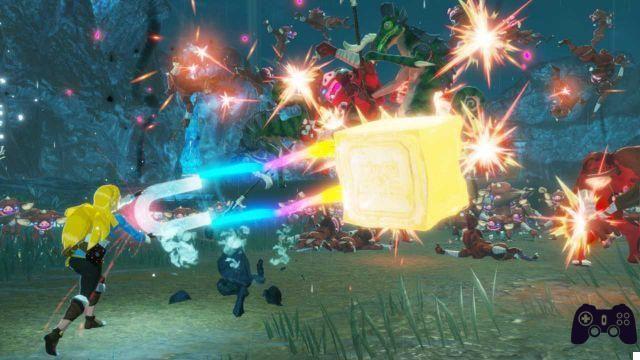 Each character has a yellow bar that charges us simply by attacking enemies. Once full it becomes possible press A to unleash a single special attack different for each hero and champion. Depending on the character you are using it is in fact good to keep their power in mind so as not to waste it. Link for example, pressing A releases a powerful attack capable of hitting many enemies with a single blow. IMPA will focus on a single enemy, perfect for taking down the toughest bosses. Zelda instead it unleashes a series of shots with the Sheikah tablet, suitable for both single enemies and large squadrons.


Then there are the unique abilities usable with ZR. However, the effect changes from champion to champion, Link uses this type of attack to fire a series of consecutive arrows. Zelda, on the other hand, is the one that uses it most extensively. In fact, if through the specific combo you roll a mega bomb, pressing ZR will detonate it from a distance. The ice pillars also work similarly, which will explode, throwing enemies away. Then practice with each character to properly understand its use. By continuing to read our guide with tips and tricks to start playing Hyrule Warriors: Age of Calamity you will find out how to use the abilities of the Sheikah tablet. 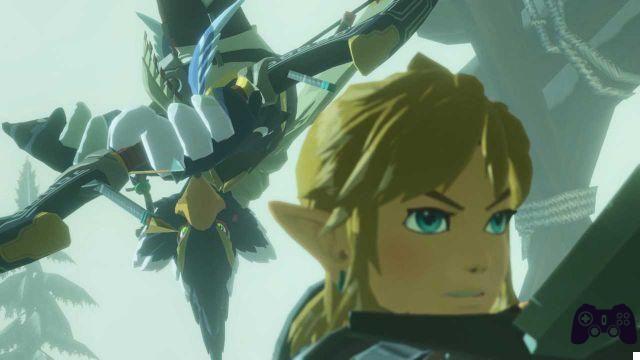 Directly from Breath of the Wild the use of the Sheikah tablet with all four of his powers. To use it with any sample will be enough press and hold R with A, B, X or Y. Each key is associated with a different power, well known by lovers of the series. Stasis with X, locks enemies in place making them vulnerable to a series of attacks, when the effect has expired, depending on the amount of damage done they will fly farther.

Le Bombe Remote with Y, allow you to launch explosives that can destroy obstacles, reveal secret locations or simply hit enemies. Cryonis con A, creates pillars of ice that allow Link to leap high or, when used at the right time, counter-attack charging enemies. Magnesis with B, attracts metal by disarming enemies, it can also be used to make chests dart out of the ground.


However, keep in mind that the affects can change according to the character in use. Link for example with B throws a series of bombs to the enemy with your hands, while Zelda summons a bomb turret that we can remote guide. Let's continue understanding how to control other characters, through our tips and tricks to start playing Hyrule Warriors: Age of Calamity. 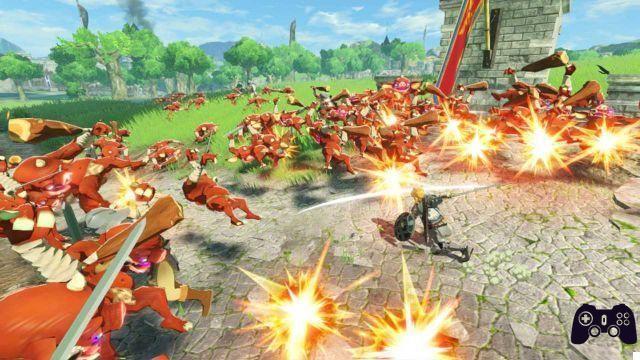 During your daily games of Hyrule Warriors you can switch characters on the fly with the push of a button. Pressing the D-Pad Up or Down will change the character based on what you have chosen before starting the game or as it was established by the current mission. A quick action that sometimes allows, if the champions are very close, to chain some interesting combos.

Another use of the other characters is to be able to guide them from a distance to gain better control of the battlefield. By pressing the button + in fact accesses the menu of character management, here you can analyze their skills and the various combos to unleash. However by pressing only once the right analog "R", the game will allow you to select a precise destination for a champion. When he reaches the place, he will fight by defending the territory or helping you in battle. This is an easy thing to forget in the heat of battle, which could prove decisive if used correctly. 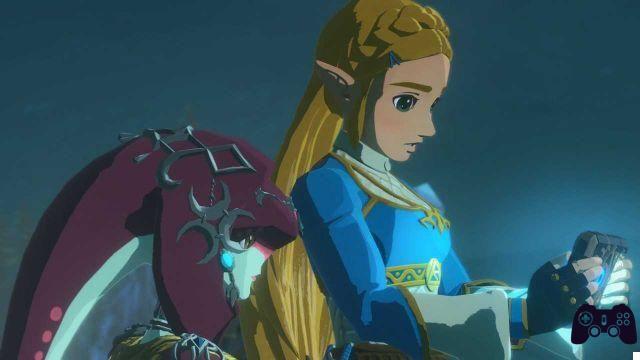 The map - Hyrule Warriors: Age of Calamity, tips and tricks to start playing

After the introductory mission you will have access to the game map. In appearance it is almost identical to that of Breath of the Wild and also its use is vaguely similar. From this screen you will have a general view of the whole territory and of each building with which you can interact. The symbol with the two swords crossed indicates a main mission, a quest that can usually also be repeated to revisit the maps and discover every secret.

Then there are the secondary missions marked as a mission a single sword, which are also repeatable and which can give you generous rewards. Upon completion, you will also unlock other icons and places that can be virtually visited (they are menus). Among these there are icons dedicated to the various champions. The Zelda “Innovative Research” icon will, for example, make you unlock a new combo for the Sheikah tablet, but only with sufficient resources.

Then there is the icon of the stables and vasi where you can buy and sell items, or some pots, useful for cooking meals and upgrading champions before entering battle. This was our last of the tips and tricks to get you started playing Hyrule Warriors: Age of Calamity, I hope they have been useful to you! 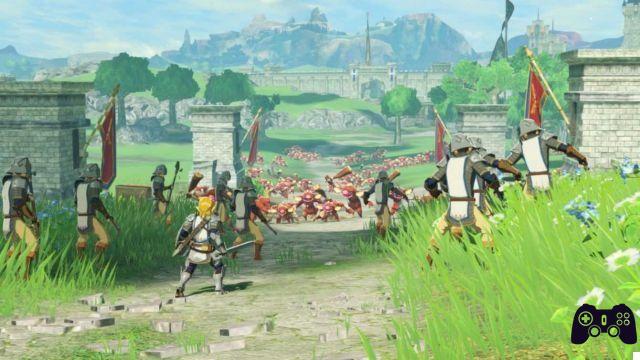 At this point you should know some useful ones tips and tricks to start playing Hyrule Warriors: Age of Calamity. In case there are any doubts or you want clarifications, ask us your questions below in the comments!

Hyrule Warriors: Age of Calamity is a game developed by Nintendo and Koei Tecmo Games, available from November 20th for Nintendo Switch. We invite you to continue following us to stay updated on video games and technology.

Immortals Fenyx Rising: how to get Coins of Charon ❯

add a comment of Hyrule Warriors: Age of Calamity, tips and tricks to start playing