How to download Skype: Windows Store or from the official site 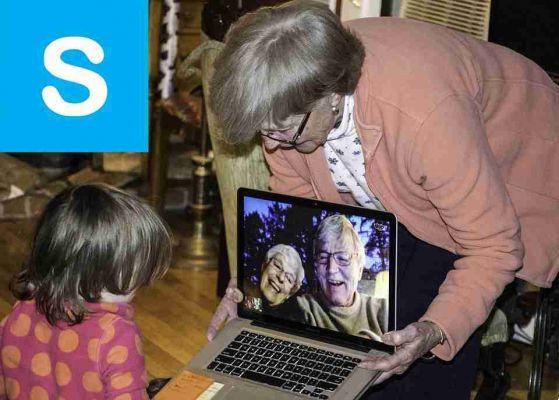 There are two versions of Skype for Windows:

Both Skype apps are based on the new Skype 8 code and are very similar. But the downloadable version has more features. You can install both of them on your system at the same time, and you can even run them both at the same time, next to each other.

To find it, you need to go to the web page of.

At first glance, these apps look the same. They are both based on Skype 8 but you will notice some differences.

The desktop version also offers Cortana features. You can enable Cortana's suggested replies, emoticons, and actions in Skype. The Store version of Skype does not include these options.

If you upgrade from Skype Classic, the desktop version of Skype 8 can import chat history. There is also an “Export chat history from Skype 7.x” option in Settings> Messaging so that you can export your previous chat history to a file on your computer if you want to keep it. But this option only exists on Skype per desktop.

The Settings> Messages screen also offers an option that lets you control the size of the conversation text, but only on Skype for desktop has it.

Only the desktop version of Skype 8 supports DirectShow camera device inputs, which are required for applications such as Open Broadcaster Software (OBS) and Xsplit.

Skype for desktop also supports NDI, while Skype from the store doesn't seem to have this option. This is a professional feature that can capture video from a networked camera and use it as a video source on Skype or even route a pre-recorded video to a Skype call. This option is available in Settings> Call> Advanced in Skype for desktop.


You can distinguish between the two from the Settings> Help & Feedback screen. The Store app will list both a Skype version and an application version. The desktop app only lists a Skype version number.

Updates for the Store version are automatically installed through the Store app on Windows 10, while updates to the desktop version are delivered in the traditional Windows desktop way. You can go to Settings> Help & Feedback in the desktop version to see if a new version is available and Skype will automatically notify you and ask you to install new versions when they become available.

Skype 8 is now pretty much everywhere, from Windows 7 to macOS to Linux. There is even one.

If you don't use any of these features, then maybe the App Store version of Skype is right for you.

However, if you want to use multiple supported video sources, export saved messages, a Skype icon for the notification area, the ability to launch Skype on startup, and text size options, you will need to get Skype for desktop from the Microsoft website.

How to share your smartphone or tablet screen on Skype

Skype not working: how to fix the most common problems