How to connect PS4 or Xbox controllers on Switch 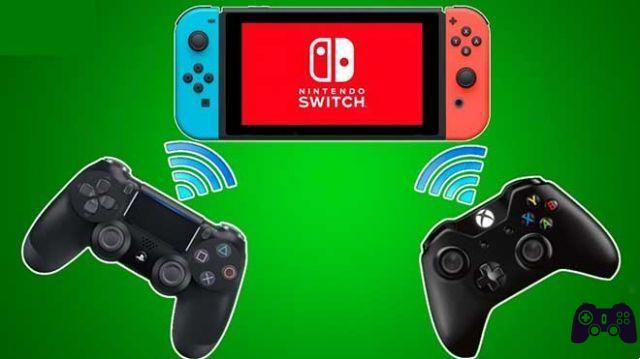 
What controllers work on the Switch?

In addition to the pair of Joy-Con controllers supplied with the system, the Switch supports several alternatives, including Nintendo Switch Pro and Wii U Pro controllers. You can even use a GameCube controller if you have the GameCube adapter for Wii U. There are also many gamepads. third-party made specifically for Switch.

Surprisingly, the Switch supports controllers for other game consoles, including DualShock 4 and many Xbox controllers. Most controllers that work with PS4 and Xbox One are compatible with Switch, including arcade-style combat sticks like the Mayflash F300.

Using a PS4 or Xbox One controller isn't ideal for playing Switch-exclusive games like Zelda: Breath of the Wild, but they might be great for playing retro and 2D platforming games like Mega Man 11.

Although the Nintendo Switch has Bluetooth capabilities, a special adapter is required to connect third-party peripherals. The Mayflash Magic-NS Wireless Controller Adapter is a versatile tool compatible with many consoles, so it's a worthwhile investment if you have a lot of old controllers at home.

There are other options like 8Bitdo, which also supports Wii remotes and DualShock 3 controllers. Considering the high price of the Switch Pro Controller, a $ 20 adapter is preferable if you already have controllers for other systems. Just make sure it's compatible with the Switch.

You can only connect one controller per adapter, so you will need two adapters if you want to use two external controllers.


How to use a PS4 controller on Switch 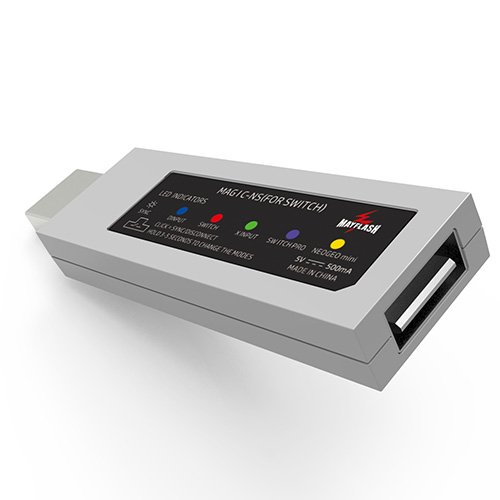 To connect an official DualShock 4 controller to your Nintendo Switch:

If your DualShock 4 is synced with a PlayStation 4 console, unplug the console before starting so it won't interfere with the Switch adapter.


How to use an Xbox controller on the Switch

The buttons on the Xbox One controller are analogous to the Switch Pro. The only big difference is that you have to press Show + Menu to take a screenshot.


The Mayflash Magic-NS adapter comes with a button mapping guide and stickers that you can place on non-Switch controllers.

Limitations of using a PS4 or Xbox controller with Switch

Unfortunately, it's not possible to wake the Switch from sleep mode with a non-Nintendo controller, so you'll still need a pair of Joy-Con controllers. Occasionally it may be necessary to unplug the Switch again to allow the adapter to recognize other controllers.

The button mapping is pretty intuitive, although it's important to note that pressing on the PS4 controller's touchpad will take screenshots. The button Share on the DualShock 4 it is also associated with the minus button ( - ) your Joy-Con.

How to connect the Nintendo Switch controller on Android ❯