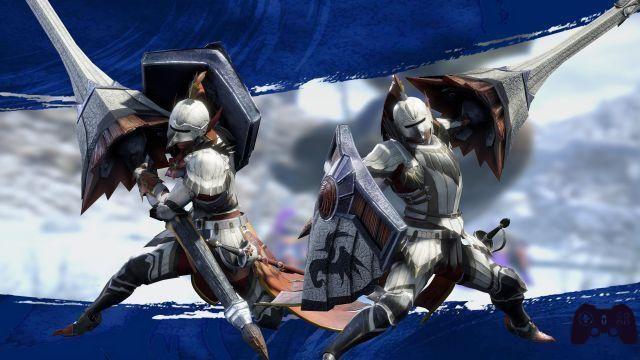 With the beginning of your experience on Monster Hunter Rise you will immediately have to make a very important choice, which is to understand which weapon you will want to use for the next hours of gameplay. In all there will be 14 different classes at your disposal, each with its strengths, weaknesses and particularities in general.

In this guide, in particular, we will talk about the spear, specifying their various basic moves, combos, silkworm attacks and trading skills, along with some general tips on how to use them.

Furthermore, if the guide is not enough for you and you want the weapon in action, I refer you directly to Edivad video tutorial, one of the contributors from the La Taverna del Cacciatore Facebook page: 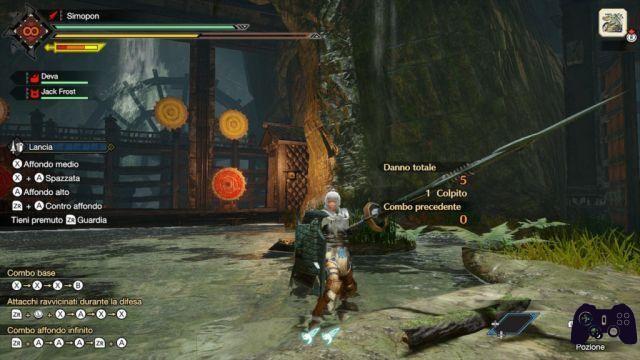 The spear is a weapon that has a powerful shield, which will be able to increase your offensive capabilities with powerful counterattacks. The long range of the weapon will also allow you to keep away from monsters and also hit them upwards. Unfortunately it does not excel in attack power and can be easily interrupted by enemy attacks.

Even the Lancia can have 2 different Silkweave Attacks from the beginning, both with different cost and use.

A silkworm attack that can be activated by pressing ZL and X. He hits the target with a kunai, drawing his attention.

Pressing ZL and B with the kunai still stuck to make you launch towards the target while performing a guard. It will require the use of two silkworm fillers. 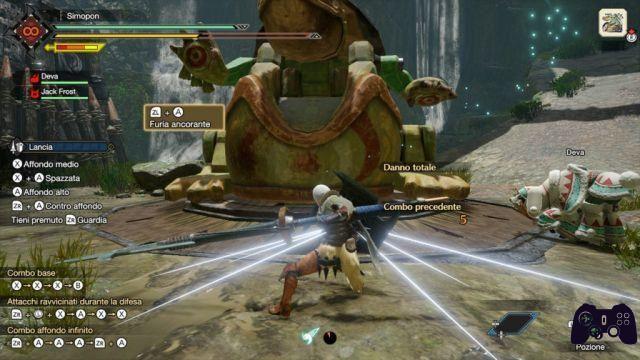 A silkworm attack that can be activated with ZL and A. Attacks absorbed with the shield up will increase the attack power for a while based on the strength of the attack. The power levels achieved will be indicated by the color, going from red (weakest) to orange (medium) up to yellow (the strongest). It will require the use of a silkworm filler.

As with any category of weapons, spear will be able to make use of Exchange skill, or interchangeable attacks that you will unlock with specific missions after you have used it enough.


Two of these will replace basic attacks, while one can replace an Attack with silk silk. However, keep in mind that each can only substitute for some specific attacks, modifying the resulting move but keeping the buttons to press to perform it identical.

Shield Charge replaces the dash attack. To run it just press X + A during a guard.

It is a charge performed with the shield up, which will allow you to run for a limited time, and during the run you can smash attacks with your shield. Charging a monster with this attack will cause it to have shield impact damage, making this ability both defensive and offensive.

Insta Block allows you to swing the shield in an arc motion to parry attacks. Action is guaranteed if the attack is parried at the start of the guard. If the timing is wrong, you will be prey to enemy attacks, while being able to hit the right moment, you can deflect some of the strongest attacks without taking any damage, with the possibility of performing an attack immediately after.

Excellent for counterattacking immediately after the guard, which you execute with ZR.

A quick maneuver that allows you to regain your position and counterattack. This attack uses the shield to parry and a wire bug to lunge at the enemy. Use it to confuse the monster and release two attacks in sequence.

Do you want to be a video game expert and know all the tricks, guides and reviews for your video games ? Holygamerz.com is a group of video game fanatics who want to inform you about the best tricks, guides and tips. We offer you the best information to be a reference in gaming, so here you can find guides, tricks, secrets and tips so you can enjoy your games to the fullest. Are you ready to get all the achievements of that game that you resist so much? Enter now and enjoy your favorite video game to the fullest!
Guides Where to find all the Tarot Cards - Cyberpunk 2077 ❯