As hardcore fans of the saga will already know, FUT mode is the very core of competitive FIFA. For this reason, we have compiled the best formations divided by league on FIFA 21

The debut of FIFA 21 on the market and between news, big changes and new legends the game promises really well. Like every year, the FUT mode is updated with the news of the market and with the new ratings of the players, especially of the young which this year have proved their worth. In this regard, we wanted to draw up a list of better formations of the major leagues with the strongest players in FIFA 21.

The difficulties in creating a dream team

Build formations with the best players from each league it wasn't easy at all, therefore a due clarification is a must. In the following formations you will find some players who, for tactical reasons, result out of "ideal" role. We had to adapt the players slightly between them to build teams as strong as possible, but in FUT you can always replace the players you don't like with others that are less strong, but in their natural role. Another solution could be that of change the role of the players on this list to suit your needs. Furthermore, in these formations we have not included the Icons legends as they are “jokers” that can be deployed in any formation without sacrificing the understanding. Without wasting any more time, let's find out together what they are the best formations of the main leagues in FIFA 21. 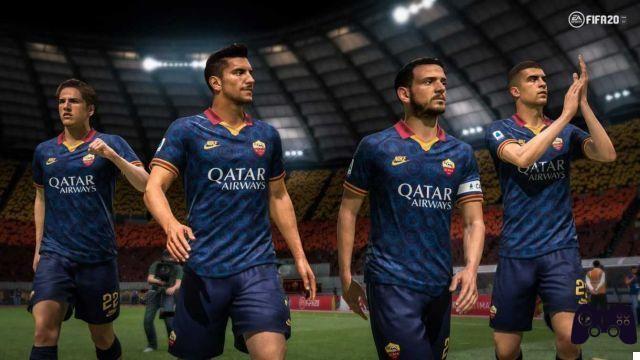 The Serie A dream team - FIFA 21: best line-ups by league

Let's start with the best formation obtainable, fielding the strongest Serie A players present in FIFA 21. As expected, this formation includes several Juventus players with, with some old league acquaintances to cover the roles that have remained uncovered. In this formation we had to adapt, for tactical needs, Luis Alberto as a central midfielder instead of an advanced midfielder. In addition to this, as you may have noticed, the absence of Paulo Dybala: in this case we opted for the Papu Gomez in its place by being in its natural role and therefore allowing the team to reach 100 of understanding. Nevertheless, it is always possible to change the position of the Juventus midfielder in order to be deployed behind his team mates and still maintain an optimal understanding. 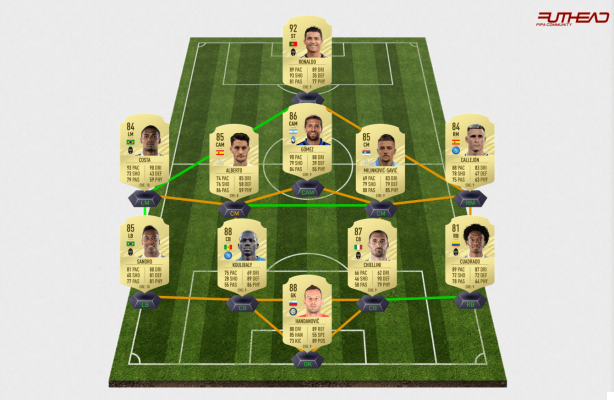 Even the ideal formation of the Permier League shows a clear numerical superiority, this time of the Liverpool players. In defense, as an exception, we find the young man The door, overpaid central defender of Manchester City. In midfield, however, we had to adapt Kante and Fabinho to central instead of defensive midfielders, to obtain a stellar midfield. As an advanced midfielder we could only find Kevin de bruyne, now on the podium of the best midfielders in the world given his exploits in the last season. To complete the dream team on the wings we find the two external attackers of Liverpool, Sadio Manè e Mohamed Salah, and as a central point the inevitable Kun Aguero. Alternatively, it is possible to opt for an even more offensive formation by deploying Son or Bruno Fernandes in midfield, sacrificing Fabinho. 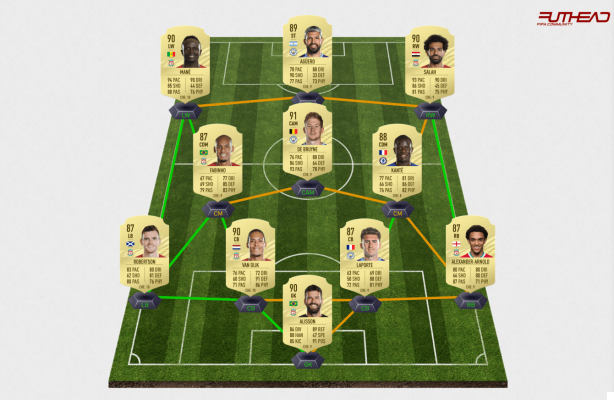 With the exception of the goal, rightly entrusted to the unbeatable Atletico Madrid goalkeeper Oblak, the dream team of the Spanish Liga is made up of the two top teams in the league: Real Madrid and Barcelona. This is arguably the most balanced and complete line-up of all, with the strongest players in the league lined up in their natural positions. The only exception in attack is Karim Benzema, considered a center forward instead of a tip. Despite this it is possible (and advisable) to change the role of the attacker to optimize the formation and make it perfect. As an alternative to the French it is possible to deploy Luis Suarez, just moved to Atletico Madrid. 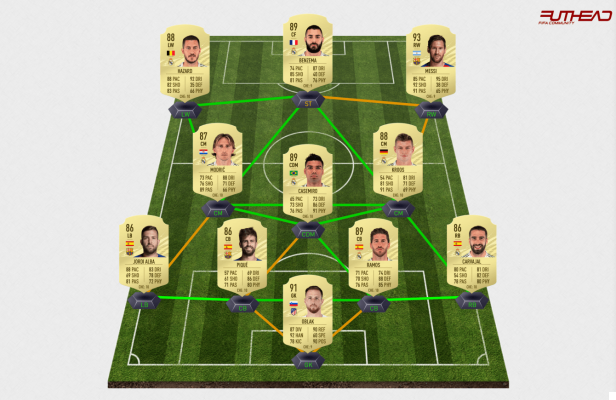 The ideal formation of the German Bundesliga sees a fair variety of roses. In addition to this, the protagonists of this dream team we see some of the young people who exploded in the last season who, to the sound of excellent performances, are launching the next generation of champions. Between Jadon Sancho, the new champion of europe Kimmich ed Herling Håland, this is among the youngest and most balanced formations you can build. With this build you will also get maximum chemistry, with all players in their natural positions. 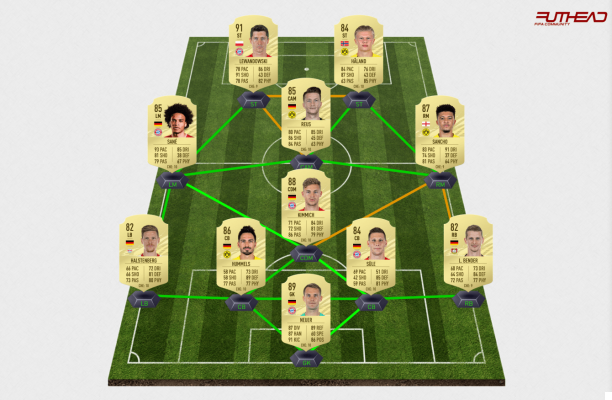 We conclude this list of the best formations of the FUT of FIFA 21 with that of the French Ligue 1. We hope you are a fan of the P.aris Saint-German, because with the exception of the young man Aouar you will practically play with the Parisian team. There isn't much to say about this squad: 100% understanding, lots of quality on the flanks and one of the fastest and deadliest points in the world. Alternatively you can opt for a more physical and rapacious tip like Icardi or Cavani in the center, to move Mbappè to the right wing (however denaturalizing his role). 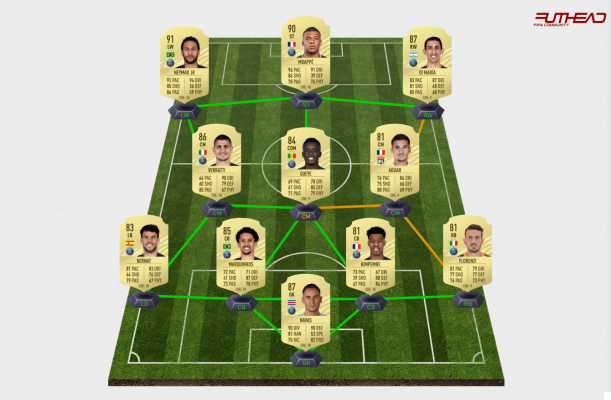 To you the choice

Well friends, these were the best lineups divided by league in FIFA 21. We hope we have been helpful in giving you an idea of ​​how to structure your next FUT dream team. This year the top teams look very balanced, so whichever you choose is sure to be spot on. Plus, getting some of the Icons legends into these squads could prove to be a devastating move, so don't hesitate to come up with your own version! FIFA 21 will be available from 9 October 2020 for PlayStation 5, Xbox Series X and Series S, PlayStation 4, Nintendo Switch, Xbox One e Microsoft Windows.

As always, we wish you a good session and invite you to stay tuned to Holygamerz for more news, guides, reviews and much more from the world of video games. Bye and good luck!

add a comment from FIFA 21: best line-ups by league