Can't play with your friends? Here's our guide on how to play with 2 (or more players) as a team in Fall Guys!

As I'm sure you all know Fall Guys is a game that is based on a series of races, designed to eliminate as many players as possible. The last player left in the race will be the winner. and will grab the sweaty crown. Despite the "solitaire" objective of Fall Guys, however , it is possible to team up with your friends and play in 2. By pairing up you will not only have a better chance of winning, but we assure you that the fun increases exponentially. 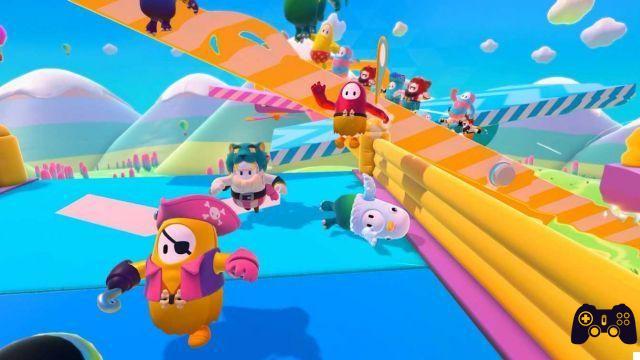 Fall Guys: How to play 2 players or more on PC and Ps4?

The Cooperative mode is used to play 2 players or more in Fall Guys, you simply have to enter the main menu of the game. At this point you will have to press a button depending on the version of the game you have, triangle for the PS4 version, the P key for the PC version. You will now be able to invite your friends to the game. The process will be completed when you see your friend's character next to you in the menu. We remind you that you are not obliged to be 2, in fact you can invite up to 4 players to the same team.

At this point start a game normally and you will find yourself in the same game with your friends. If you encounter difficulties or error messages during the invitation, please persist. The success of Fall Guys has been really amazing even for the developers themselves and at the moment the game servers are being tested. Therefore, it may happen that you will have some problems, but they will become rarer and rarer as the development team updates the servers. 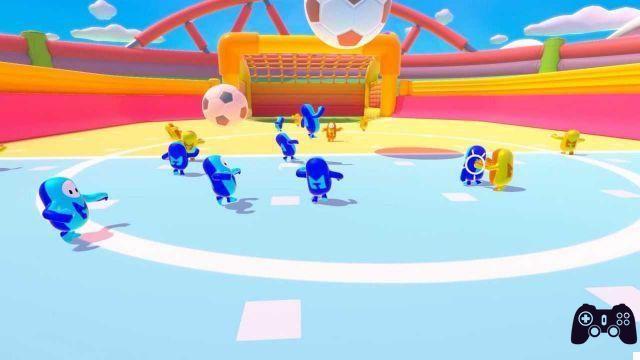 The advantages of cooperative mode - Fall Guys: how to play with 2 or more players!

Playing co-op mode with your friends not only makes Fall Guys much more fun, but also gives you the possibility to implement some tactics. E.g. in team rounds you will always be together with your group, also promoting cooperation through voice chat. It will also be easy to give each other a hand in individual rounds, perhaps trying to hinder your opponents. Not to mention the final round where you can really make a difference by teaming up against opponents.

All in all, the possibilities are many if you play with more players. Many of these possibilities may not even be that honorable. Imagine teaming up against a single poor player to knock him off a platform or slow him down in a race. It probably won't give you credit and you won't take it well, but a game like Fall Guys lends itself to this kind of injustice as well! 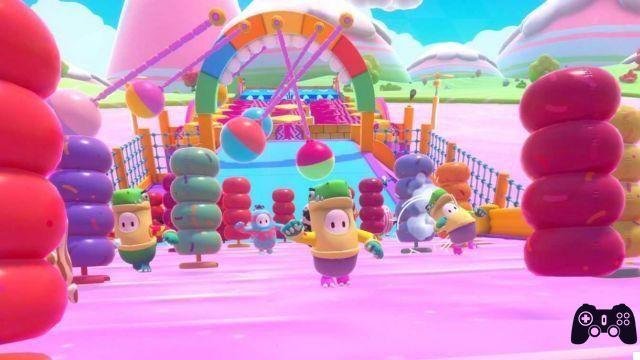 A multiplayer in constant evolution: Fall Guys: how to play with 2 or more players! on pc and Ps4

In addition, for the moment the multiplayer sector does not offer some of the options most requested by players. We are talking about split screen, currently absent even if a future insertion is not excluded, and private matches. The latter will arrive as soon as possible, giving the possibility to a large group of people to create their own personalized competition. This feature has infinite potential, just think of a Twitch streamer who could organize matches with his viewers.


But beware, because at this time there is no cross-play within Fall Guys (although Mediatonic is working to include it in the future). Therefore, it won't be possible to play together if one of you has the PC version and the other the PS4 version. The developers are constantly working to update the game. We will let you know on our pages when there is news. 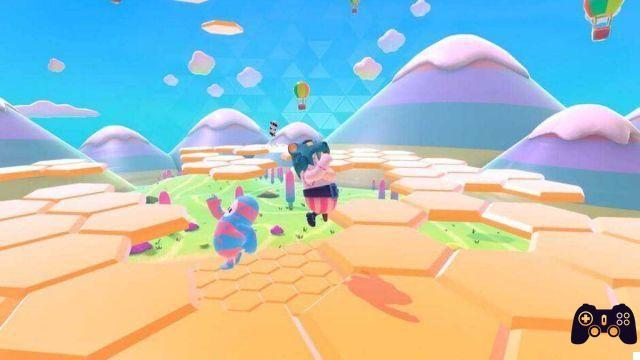 Crowns are waiting for you

Just invite your friends to the game and play together. You'll find that Fall Guys will buy a completely different flavor if you can play 2. Speaking of Fall Guys, have you seen the new masks coming in the next few weeks? Let us know if you found this guide useful, you can find more on the pages of our site in the coming days. So continue to follow us on the Holygamerz pages to learn about other video game themed guides and stay updated on the world of video games and beyond!