Fall Guys: Season 5 is a jungle of surprises! All the details in the video reveal 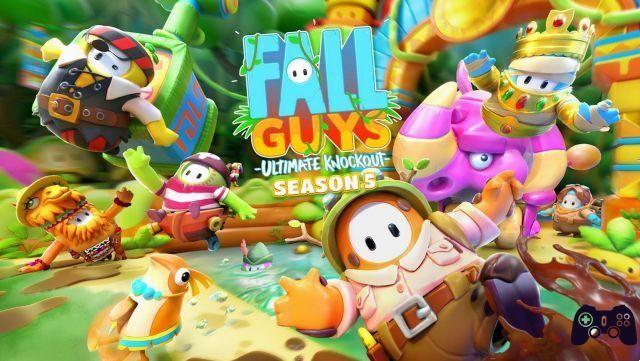 Keeping faith with the word given to all the emulators of the "anthropomorphic pill" of Ultimate Knockout, the guys of Mediatonic publish the explosive video reveal of the Season 5 of Fall Guys and reveal all the surprises and the most representative additions of this important free update.

With Season 5, the UK developers promise to immerse us in a jungle of unreleased content ... literally! The theme chosen by Mediatonic to enrich the playful and gameplay experience of Fall Guys fans, in fact, draws heavily from films and video games such as Indiana Jones from Spelunky.

At the same time as the launch of the next Season we will therefore see the addition of ben six new Rounds, each able to infuse further originality into Ultimate Knockout's already very rich content baggage. The six locations that will be the backdrop for these activities will be Lost Temple, Pegwin Pool Party, Bubble Trouble, Lily Leapers, Stompin 'Ground and Treetop Tumble. Among the most important innovations of Season 5, it is impossible not to mention the unprecedented limited-time challenges with Duo, Trio and Team events.

The complete picture of the additions, improvements and surprises that will characterize the Fall Guys Season 5 will be unraveled tomorrow, 20 July, with the official launch on PC and PS4 of the update that will kick off the next ingame phase of Mediatonic's now iconic party game.

Fall Guys not working on PS4 and PS5? All 'fault' of the Launcher, here's how to update it ❯

add a comment of Fall Guys: Season 5 is a jungle of surprises! All the details in the video reveal