Emulators: what they are and how to use them correctly | Guide

In this article I would like to propose to you a general overview of what an emulator is. Why would a person use an emulator even if they have the console at home?

An emulator, is a program that replicates a platform's operating system. Some emulators are used in the IT field to, for example, test an application. Before being released on the market it is not unusual to use a program that emulates the latest version of the iOS operating system, for example, to be able to see if there are any bugs to fix. The Microsoft Visual Studio version, an application that allows the creation of applications for the Windows Store, has a program that emulates the Windows 10 Phone software in order to test the program before releasing it on the market.

Even in the videogame field, emulators are widely used, indeed perhaps it is the area where they are used the most. A'very famous emulator is Dolphin and allows you to emulate the Nintendo Wii OS allowing you to run games for that console on your PC.

If you are an app programmer the reason I have already written above, if instead you want to use emulators in the videogame field then there are different reasons and, of course, these depend from person to person.

Now Certain types of consoles no longer exist on the market. Famous consoles like the Game Boy Color, PlayStation 1, NES e GameCube they are all consoles that have been out of production for several years. Yet all these consoles have produced masterpieces that will remain unmatched which unfortunately, given the absence of machines to run them, we will never be able to play again. Or maybe not? And here is where the emulators come to the aid. These magical programs bring the magic of those old consoles directly to our PCs allowing us to enjoy once again, or for the first time if we are young, those games that have marked the history of video games.


The emulators and the advantages of better hardware

But there is another reason why one might use an emulator, even to play recent games. We all know that to run a game well, the more powerful the hardware is, the more that game will be able to exploit it to have a better quality, both from the graphic side and from the fluidity of movement. Many times in fact, some games are even programmed so that they do not exceed a certain FPS limit that is 30 or 60.

Since a mid-range PC, available at a price of around 700-800 € (the standard figure that is now spent on a basic gaming PC) can outperform almost all the current consoles on the market, here it is. reveals another positive note in using an emulator. Thanks to this, in fact, they can overcome the technical limits imposed by the game itself, and for example, being able to run a game at 60 FPS where it previously ran at 30 FPS on its console.

I'll give you an example. Using the Dolphin, it is possible to be able to play Wii games in Full HD instead of the 480p expected by the original console, only because the hardware could not support this resolution. While a PC does it very well and therefore can go beyond the limits imposed by the console. Unfortunately this rule does not apply with any emulator, especially with those that emulate older consoles. 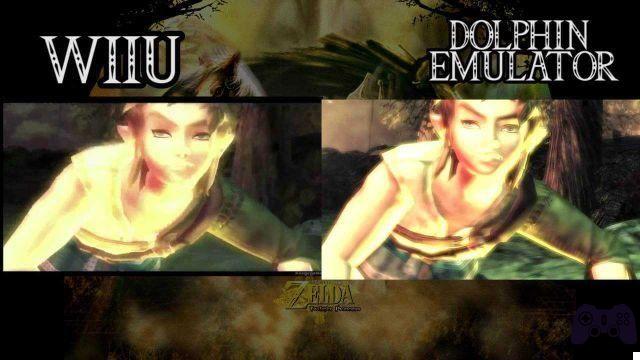 Is it legal to use emulators?

Using an emulator is perfectly legal. The fact remains that in order to remain within the imposed limits of legality, it is necessary own a copy of the original game.


I don't have a PC, are there any machines that allow me to play old games on my television?

Surely. One of the most used machines is the Rasberry Pi, on which you can install an operating system called Retropie, with which you can play the games of the old cabinets or the old consoles.


But also an Android phone can turn into an emulation machine. Of course, you won't be able to play games for the PS3, but it seems that the latest mobile phones have become powerful enough to run the Dophin emulator and therefore games for the Nintendo Wii. They exist on the market lots of accessories that facilitate the task of playing, removing the need to use touch controllers on your screen. There are bluetooth controllers that have a base on which you can place your phones for example.

In case you don't have an Android phone, or don't have a powerful enough one, a fairly inexpensive solution is to buy Ouya. This console runs with a modified version of Jeally Bean and, consequently, allows you to install all the emulators in the Android world.

I hope this brief overview of emulators has been helpful to you. If you have any questions on the subject, you can ask them using the comments section that you find at the bottom of this article.

Do you want to be a video game expert and know all the tricks, guides and reviews for your video games ? Holygamerz.com is a group of video game fanatics who want to inform you about the best tricks, guides and tips. We offer you the best information to be a reference in gaming, so here you can find guides, tricks, secrets and tips so you can enjoy your games to the fullest. Are you ready to get all the achievements of that game that you resist so much? Enter now and enjoy your favorite video game to the fullest!
F1 2019: everything you need to know to be the best | Guide ❯

Fortnite x Jordan: all the challenges of the Jumpman event

Tomodachi Life Guide - How to Live with Miis

Add a comment from Emulators: what they are and how to use them correctly | Guide