There are tons of things to do in Far Cry 5, but what are the best skills to unlock to complete them? To answer this question and let you know how to unlock the best Far Cry 5 skills, I have decided to write this guide!

In Far Cry 5 (read our review) the best skills to unlock they could be subjective! That's why I decided to help you in choosing the best build that's right for you.

If you are a lover of stealth you may be interested in some skills to unlock. If you have one instead more aggressive style of play, in Far Cry 5 the best skills to unlock may be others. 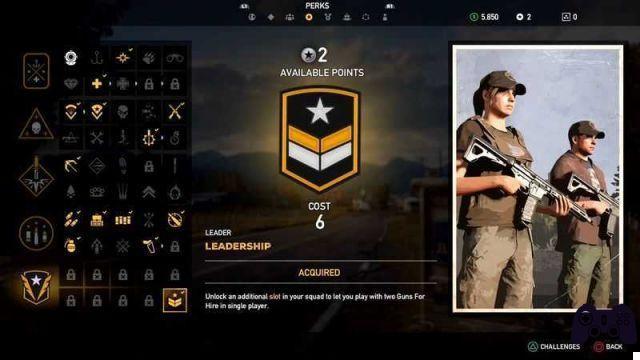 Far Cry 5: best skills to unlock! How do we earn the necessary points?

Before you start spending the points to create the perfect build in Far Cry 5 you need to earn skill points! Where in general the points for unlocking the skills are earned by progressing in the game and accumulating experience points in Far Cry 5, specific "missions" must be followed.

Don't be fooled by the word missions though! It is not in fact the main or secondary quests related to the plot. But real actions to be carried out in the way that suits you best.

Having said that, the first piece of advice that comes naturally to give is to keep an eye on the menu that shows the actions to be taken to unlock some points easily. 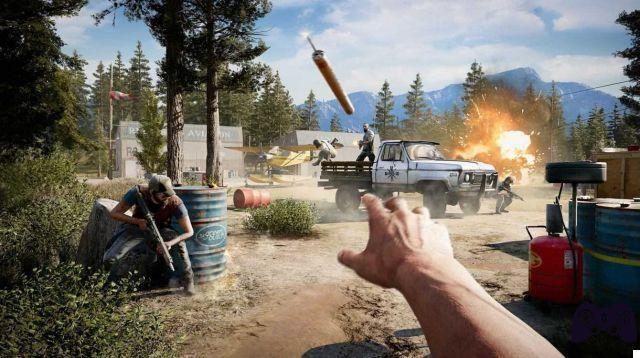 Far Cry 5: best skills to unlock for all players

In this first part of the guide dedicated to best skills to unlock in Far Cry 5 I'll give you some general advice, which will suit all players, regardless of the stealth or impetuous nature of your gameplay.

One of the best skills to unlock in Far Cry 5 is definitely blowtorch! This skill is, to say the least, essential in helping your character grow. At the cost of 5 points you can have this skill that will allow you to: repair vehicles, it can be used as a weapon, you can set things on fire, but above all you can open the safes! The latter contain a lot of money and sometimes some silver ingot, in short, everything you need to make you buy weapons, ammunition and vehicles.

The second of the best skills to unlock in Far Cry 5 is definitely the one that allows you to use the parachute!

Nobody should be left without a parachute! Often during the missions we will find ourselves on board of air vehicles and when the engine of our glider fails we could not save ourselves only thanks to our trusted nylon friend. Furthermore, the parachute is also essential in escapes or when it is necessary to jump off a precipice. In a nutshell: "no parachute no party".

The third and last section of this part generically dedicated to best skills to unlock in Far Cry 5 is the one called "Leadership".

For six points you will have the opportunity to travel with two support members! This function will have double gain. The first is clearly to have two companions ready to sacrifice themselves and fight for you, while the second is that you can halve the time to complete the goal of enemy kills carried out by your companions. Obviously this will get you more unlock points quicker, so you might see it as an investment. 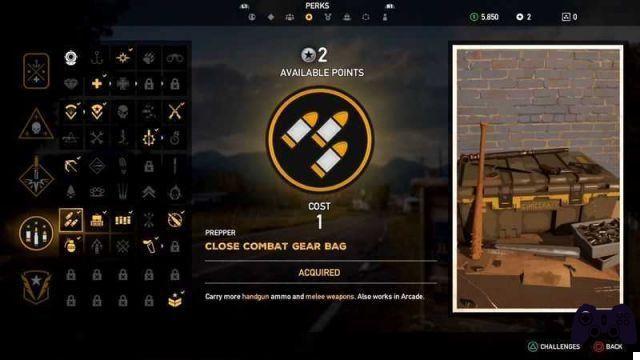 Far Cry 5: best skills to unlock for the most "impetuous" players

The first of the best skills to unlock in Far Cry 5 dedicated to the most impetuous players is certainly: "Life".

The name also deduces what this ability offers, which will allow you to have extra life points. In reality the skills are 4 in total and they will cost you several unlock points. Obviously, when you decide to free the outposts or follow the main missions with the rifle drawn, you risk suffering a lot of damage. Having a few more life points could tip the balance favorably!

The second of the best skills to unlock in Far Cry 5 dedicated to the most impetuous players is certainly: "Additional holster".

This skill that you can unlock for 8 points will allow you to carry an extra weapon with you. By doing so, you can choose whether to carry an extra sniper rifle, assault rifle or pistol in your arsenal. In addition to the wider choice of weapons, it must also be considered that when you break in with a hail of bullets, ammunition is never enough! Better to have a spare gun ready to use.

The third and last section of this part dedicated to best skills to unlock in Far Cry 5 for the most "impetuous" players is: "Weapon Collector".

This skill is practically the same as the one just mentioned. But as mentioned, weapons and ammunition are never enough! In addition, an extra weapon slot capable of holding a rocket launcher or a flamethrower could be more than useful in many situations.

With this build you can add something of your own and literally set the powders on fire! 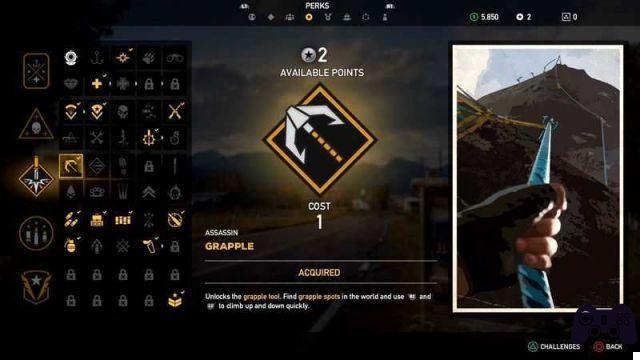 So far I have told you what are the best skills to unlock in Far Cray 5 for trigger-happy players. Now it's up to the most careful players not to get caught!

The first of the best skills to unlock in Far Cry 5 dedicated to stealth players is definitely: "Grapple".

Also in this case the name says it all or almost everything. The grappling hook is definitely a skill for everyone but for stealth players it will sooner or later become an absolute need. Getting behind the enemy thanks to the game's game design will be a real godsend for ghost players. The grappling hook will be an indispensable ally to carry out kills without being seen and to sneak away like cats in the night.

The second of the best skills to unlock in Far Cry 5 dedicated to stealth players is definitely: "Stealth Dash".

When you play in a stealthy way you spend (almost) all the time "crouched" and you move more slowly accordingly. This involves in some cases being discovered, because the enemy did not arrive in time, or not being able to hide in time. Thanks to the aforementioned skill you can move much faster even in the position that hides you most.

The third and last section of this part dedicated to best skills to unlock in Far Cry 5 for stealth players is: "Ghost".

By unlocking this skill you will be able to run and jump with much less noise! In addition, the damage from falling will also be significantly reduced. It is useless to explain what it can do to make less noise for a stealth player! So I'll just say that this skill is (perhaps) the best companion for a player who doesn't want to set off any alarms.

These were my recommendations on the best skills to unlock in Far Cry 5 do you prefer others? Do you play stealth or advanced weapon in hand? Let us know in the comment box!

Guides Where to find all the riches - Assassin's Creed: Valhalla [100%]