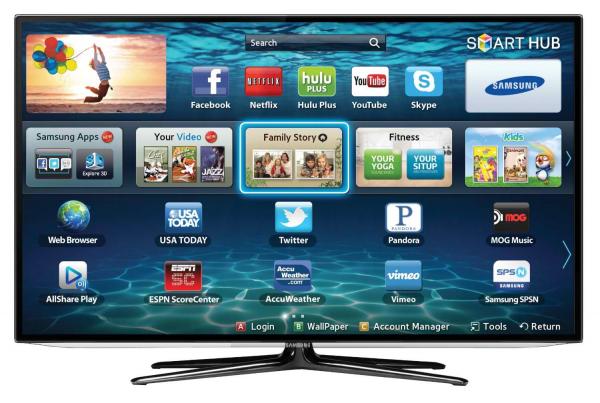 You don't know yet how to recognize a Smart TV from a normal TV? There is no problem why we are here. By reading this article we will see the difference between Smart TV and normal TV. Don't worry it's very simple!


The key difference: a Smart TV can access the Internet via Wi-Fi, while a normal TV cannot. A Smart TV can also run apps that are on the TV or that can be downloaded from the various markets, depending on the manufacturer.

How to tell if my TV is Smart TV

A TV is a device that allows us to watch an image with sound. While the purpose of all TVs is the same, the way they work differs. Their components may also differ. For example, LCD TVs and LED TVs differ in their screens and how the image is displayed on the screen.

The main difference between a Smart TV and regular TV is that a Smart TV is smarter than a regular TV. It is called intelligent because it can do more. First, it can access the internet via Wi-Fi, a feature that has become a must in today's world of technology and the internet.


Smart TVs may also have built-in apps that allow us to access information on the Internet. These apps also allow the TV to stream content without the need for any additional gadgets, as long as it has internet access. In addition, it is ideally equipped with a built-in web browser, which allows you to access content on the Internet.


A Smart TV can also have interactive online media, where users can actually interact with the TV via a remote or other device or directly by touching the screen if the device has a touchscreen.


It can be said that a Smart TV is something of a hybrid between a TV and a computer, in that it has the basic functionality of a TV, while also having technology and services that are typically associated with a computer.

However, it should be noted that while all of these features are common in a Smart TV, each Smart TV is different. Depending on the version of the TV, the manufacturer and the various technologies, the actual characteristics of Smart TVs may differ in reality. Some may not have all of these features, while others may have additional features. Hence, it is best to check the features of every single Smart TV.


In comparison, a normal TV does not have all of these features. It's just plain TV that most people are used to. However, there are many other devices on the market that provide some of these features to a regular TV, such as Chromecast, Roku, etc. These devices aim to turn a regular TV into a Smart TV.

Digital Marketing: what it is and why it is so important ❯

add a comment from Difference between Smart TV and normal TV