Demon's Souls boss guide: how to beat the Armored Spider

As for difficulty, the new remake di Demon’s Souls it has nothing to envy to the original work of From Software. The game world is infested with fearsome demons and treacherous traps, but the biggest obstacle for most players is i boss. For this reason we have decided to create a guida completa ai boss di Demon’s Souls and in this new episode we will explain how to beat the disgusting Armored Spider.

Let's start our umpteenth guide on how to beat Demon's Souls bosses talking about as usual how to prepare for confrontation with the Armored Spider. This boss is a huge one spider demon which for some reason has decided to nest inside the Stonefang tunnels. Giant spiders are among the creatures most hated by gamers and the fact that this particular one is also able to spitting fireballs it certainly does not make it more pleasant.

As you can imagine the Armored Spider is extremely fire resistant, but luckily for you it is the same weak to magic. For this reason, if you use a PC who specializes in magic, the fight with this boss will not be a problem for you. But remember to stock up on spices before starting the fight, as the number of spells to be used may vary depending on your stats.

If, on the other hand, you have a character who is unable to use magic, obviously you will have to resort to close combat, but luckily there are some tools that can help you in the fight. If you have explored the area before the boss well, you will have certainly collected some whitish substances. This consumable item is capable of temporarily infuse your weapon with magic, allowing you to inflict massive damage on the Armored Spider. However, remember that these buffs are very rare at the beginning of the game and in Stonefang there are very few of them, so we suggest you pay close attention to don't waste them. 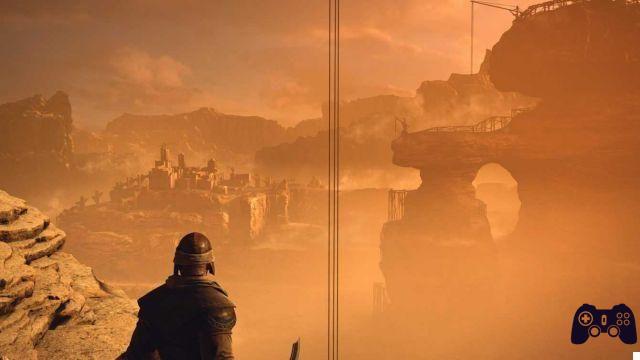 Chaos in the tunnel - Demon's Souls boss guide: how to beat the Armored Spider

The Armored Spider arena is quite unique, as you will initially be inside a long, narrow tunnel. To reach the boss you will have to walk a nice straight line and obviously the demon will not let you do it without giving you problems. As long as you are in the tunnel, in fact, the Armored Spider will continue to constantly bombard you with ranged attacks.

Altogether the boss can use three ranged attacks: a flurry of fireballs, a large single fireball and a spider web bullet. With the barrage of fireballs the spider will spit in quick succession 3 very fast fire bullets but who inflict little damage, while the single fireball is a little slower and more powerful.

The best way to avoid these attacks is to roll through it, but if you have a shield with good fire defense you can also try stop. The spider web bullet on the other hand is a move that you will absolutely have to avoid at all costs since, despite doing very little damage, it is capable of significantly reduce mobility of your character. Also sometimes these shots will detonate before hitting you, leaving you in the middle of the tunnel large cobwebs which will limit your movements in case you touch them. 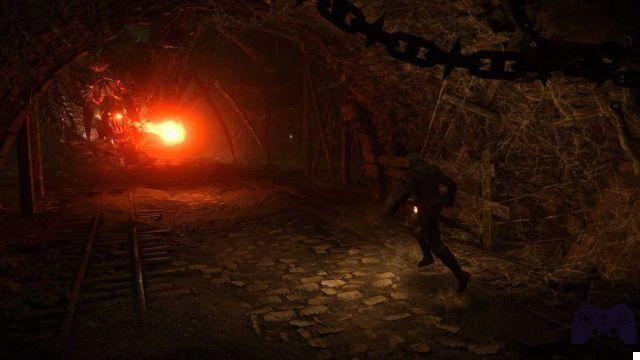 Blades VS Paws - Demon's Souls boss guide: how to beat the Armored Spider

After you pass the long tunnel at the entrance to the arena, you will finally come face to face with this terrifying beast. Once you are close enough you can finally attack the ugly face of the Armored Spider, but now you have to pay attention to its paws. Fortunately, however, the physical moves of the boss are enough weak and predictable, so you shouldn't have too much difficulty.

As soon as you are within reach the spider will start hitting you repeatedly crossing its legs and then performing a big sweep, but you should be able to defend yourself smoothly with almost any type of shield. After having landed a couple of attacks of this type, the boss it will rise upwards and then hit the ground hard. This move is very powerful and it cannot be parried, but on the other hand it can be safely dodged by rolling in any direction. Also after performing this attack the Armored Spider will remain completely defenseless for a few secondsor, thus offering you a golden opportunity to attack him.

At this point the battle may seem over, but the boss can still count on his large area attack. At one point in fact the spider it will spray a strange liquid all over the arena and then set it on fire, creating a huge trail of flames. In this situation, the only thing you can do is escape as quickly as possible inside the tunnel until you are out of its range. 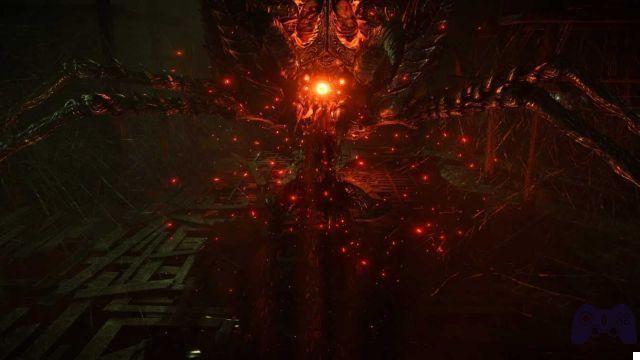 Power to Magic - Demon's Souls boss guide: how to beat the Armored Spider

If your PC is a wizard you shouldn't have much of a problem with this boss, as you will certainly be able to inflict tremendous damage on him. The arrow of the soul is certainly the best spell to use in this fight, but also the soul ray it could be a more than valid alternative.

Just remember that you too will have to try to avoid the attacks of the Armored Spider, so the fight won't be that easy. Fortunately, however, you can take advantage of a few more tricks than the common warriors, since if you want you have the possibility of attack the boss also from inside the tunnel. 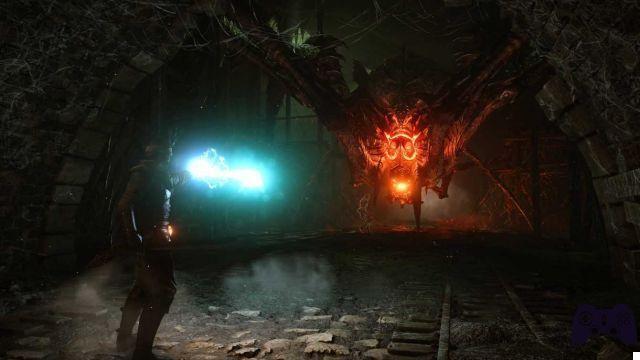 Of course, spiders can scare many people, but thanks to our article you will have nothing to fear. If this guide on how to beat the Armored Spider was useful to you, we recommend that you check out the other Demon's Souls boss guides on our site as well:

Do you want to be a video game expert and know all the tricks, guides and reviews for your video games ? Holygamerz.com is a group of video game fanatics who want to inform you about the best tricks, guides and tips. We offer you the best information to be a reference in gaming, so here you can find guides, tricks, secrets and tips so you can enjoy your games to the fullest. Are you ready to get all the achievements of that game that you resist so much? Enter now and enjoy your favorite video game to the fullest!
Demon's Souls boss guide: how to beat the Storm King ❯

Guides Where to find all Orlog players - Assassin's Creed: Valhalla

Apex Legends: tips and guide to the news of season 4

Back 4 Blood: how to play with friends

Add a comment from Demon's Souls boss guide: how to beat the Armored Spider