Dark Souls: Remastered allows us to relive the hard world of the original Miyazaki game: let's find out how we can make our experience easier with a couple of tips and tricks!

Let's face it, Dark Souls: Remastered is a tough game. Not impossible, of course, and veteran players will now regard Lordran as a great playground full of wonders, but newcomers, or those who had only tried Miyazaki's game in 2011, may be a little bothered by the difficulty of the game.

So let's look for a way to become very strong in a very short time, to be precise, it will only take you ten minutes to be death machines ... literally, to be honest! 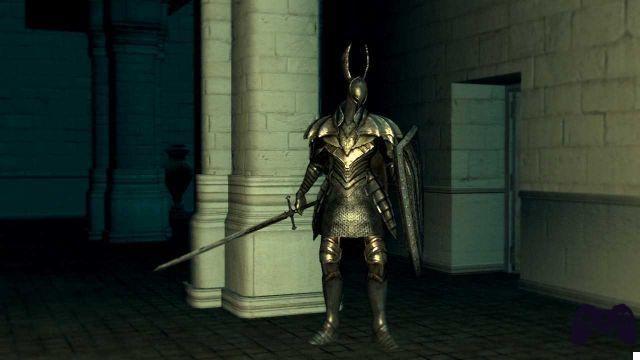 The actual guide is in video format and you can find it at the end of the article, but before throwing it into the vision it is advisable to read some quick advice and indications. A premise to the premise, though: this guide is based on the idea that you want to create a physical character and not a magical one (the latter is more difficult for a newcomer to manage, to be honest).

What you are about to see, moreover, is not a very easy method to put into practice: you have to learn to perform some very precise movements, so my advice is not to throw yourself headlong immediately but to do some tests. What do i mean? It is soon said.

Our video is divided into three phases. All of them depart from the Shrine of the Bond of Fire, the place of arrival after the tutorial phase at the Refuge of the Undead. As soon as you arrive, as the game itself suggests, immediately spend the souls at your disposal to level. Our quest, if you pass me the term, is to do many levels in a short time, without having to farm souls (ie the experience points of the game).

The optional goal is to get a very powerful weapon that can be equipped and used in one hand only if we have certain characteristics, namely 24 to Strength and 13 to Dexterity. The best starting class is the brigand: the souls that we will have obtained from the tutorial phase can be spent directly on the Strength and Dexterity characteristics, to reach our goal more quickly, or they can be spent on Vitality and Stamina to simplify our life in our mission. . The choice is yours. Another important thing: it is absolutely recommended to keep the character in fast roll, i.e. with an equipped weight below 25% of the total.

Phase 1: the bones of the return | Dark Souls: Remastered

Once this is done, we can complete the first phase of the video: there is no danger, as you will see. We just need to retrieve a trio of objects: the bones of the return that allow us to return to the bonfire (or the checkpoint) from anywhere and, above all, without losing the souls in our possession.

The second phase is the most complex, especially since it requires the character to be in Human status to be put into practice. Your goal, in fact, is to defeat an advanced boss already in the very first phase of the game: to do so, you will have to summon an ally, a practice only possible in Human status.

To make the character Human you need to be in possession of a consumable, Humanity, and to use it. Once a Humanity has been used, we will see a "01" in the upper left corner: at this point we will have to sit down at a bonfire and select the item "Return to Human". Humanities are present in a limited number, especially in the early stages of the game: you will have obtained one from the boss fight in the Refuge of the undead and you can find three near the bonfire of the Sanctuary of the bond of fire.


However, you must know that, in the event of death, you will lose your Human status and you will have to repeat the process just described: this means that to perform this second phase of the video you have a limited number of attempts. Sure, you can continue the game as normal and find other Humanities, but that would go against the idea of ​​making your life easier.

My advice, therefore, is to exercise without consuming Humanity and without being in possession of souls, so as to then make a safer attempt at Human status. You can see the whole path to follow in the video. In this regard, I have to make you note a very important thing: in the path that I show you in the video, I have already activated a switch that opens a passage. You cannot continue without activating this switch and finding it is not difficult at all, but if you do not already know the Catacombs, I repeat the advice to do a first exploration without being in Human status, so as to solve

Once you have completed the second phase, you will have to try a third time: in this case our goal is to get the Great Sword of the Tomb King, the weapon that Nito will give us if we decide to serve him. The third stage path is easier to follow mainly because it doesn't require you to be in Human status, so you can fail as many times as you like. You can also try to do this third phase before the second, so that you can train and still get a reward. It is very important, in this case, to be in possession of a specific object: the eyes of death. The latter can be collected on your path - it's clearly shown in the movie, so don't skip this step. Once you have the weapon, you can go back with a return bone (obtained with the first phase) or exactly as you arrived.


The weapon you get can be upgraded with the demon Titanites, obtainable from specific enemies: when you collect the eyes of death, you will have to avoid one of these enemies; if you already have the stats to equip the newly obtained Great Sword, you can attempt to take it down. But be careful, it is strong for your level and, above all, for your life points.

I leave you now to the video of the guide of Dark Souls: Remastered!

Do you want to be a video game expert and know all the tricks, guides and reviews for your video games ? Holygamerz.com is a group of video game fanatics who want to inform you about the best tricks, guides and tips. We offer you the best information to be a reference in gaming, so here you can find guides, tricks, secrets and tips so you can enjoy your games to the fullest. Are you ready to get all the achievements of that game that you resist so much? Enter now and enjoy your favorite video game to the fullest!
Dark Souls Remastered: Best Weapons for PvP and PvE | Guide ❯

HITMAN 3: what to know before you start playing

Legends of Runeterra: Guide to the best Piltover and Zaun champions

Add a comment from Dark Souls: Remastered, how to become super strong in 10 minutes | Guide