On Dark Souls Remastered, weapons abound in movesets and quantities. Some are exploited to the maximum only with certain builds others always do their duty. Here are some examples of the best weapons on which to build a special build! 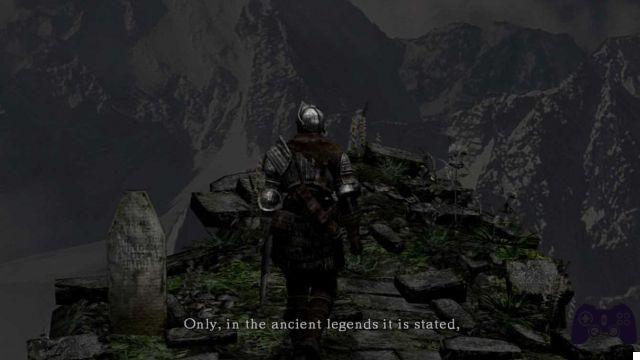 Let's find out together which are the best weapons to equip based on your style of play and the type of challenge in Dark Souls Remastered.

Weapon that you can get with a light sword hilt +10 and the soul of the Great Wolf Sif.

According to many the best weapon ever, it is an excellent broadsword that scales on Faith and Intelligence. A little atypical, but interesting for hybrid buils that aim for Faith and Intelligence as a stat, using the minimum Strength and Dexterity for this sword. The weapon moveset is useful as it manages to give excellent ideas both in PvP and PvE.

Build: Faith - Intelligence and a lot of Stamina.

Weapon found in the cemetery near the Sanctuary of Fire.

His moveset is the "classic" one of heavy swords. In elementary infusions, particularly in that of Chaos it is a legendary weapon. Deals over 650 damage with 10 Humanities and is Giant Dad's weapon of choice. Excellent in PvP and PvE as it is capable of crushing enemies to the ground, preventing them from moving.

Obtainable through thesoul of Queelag and a katana +10.

It is a weapon that scales on Humanity and has a very high attack combined with the katana moveset. It has the penalty of subtracting life points at each hit… but if it has such a penalty it is only because otherwise it would be too strong! Weapon exclusively (or almost) PvP.

Sword of the Great Lord

Weapon obtainable with one +10 greatsword and the soul of the final boss. It just gets in NG +.

It does not have very high parameters but it has a moveset that literally crushes enemies to the ground if held with two hands, stunning them for a while. Good in PvP and comfortable in PvE.

It is obtained with a casts +10 and the soul of Ornstein.

A very handy and useful weapon, it also fires lightning attacks and scales well on Faith and Dexterity. Each hit, thanks to the lightning bolt, stuns the enemies. Great for PvP, difficult to use in PvE.

Double ax of the Black Knight

Obtainable as rare drop of the Black Knights.

This is the best ax in the game. Requires 37 a strength and B scale on the latter. A great arm, a very lethal in PvE and PvP. Recommended for ax fans!

It is obtained with +10 halberd and soul of Priscilla Half-Blood (painting by Ariamis).


It is a weapon that inflicts a lot of bleeding on enemies ... but also on the user. It is a very PvP oriented weapon and not very PvE oriented. In PvP the bleeding damage it causes is frightening, while in PvE the fact of suffering bleeding ourselves tends to disadvantage us and not a little.

It is obtained with a +10 punch weapon and soul of the Golem.

The classic dragon fist that does a lot of damage with an extremely beautiful and useful moveset. Scale A in strength and will make you feel "boxers". Great in PvP and PvE.

Obtainable through thesoul of Queelag and a curved sword +10.

This weapon scales Humanity and inflicts a lot of fire damage, it is not overly powerful but it inflicts a lot of DPS as it is very fast. Nice addition to those who use the Flame of Pyromancy. Very useful in PvP, to be avoided in PvE against fire resistant enemies.

It is obtained with a +10 blunt weapon and Smough's soul.

Like any self-respecting hammer it has disproportionate damage, it requires a lot of force to be used ... but it also has flaws! Humor aside, it is the weapon with the highest requirement of the game (58) but it can give a lot of satisfaction in PvE and PvP: seeing our enemies crushed like ants and often killed with a single shot ... it is very satisfying

It can be found on the Wyvern bridge before the undead church.

It is a not particularly destructive weapon, but with a very interesting moveset. In fact, it is a weapon that performs practically any type of movement, consumes little Stamina and does not require high stats to be used. In fact, it is enough to have 16 Strength, and 10 Dexterity to use it to the fullest. Very performing in PvE, it also gets along in PvP, where it often manages to inflict a lot of damage thanks to the lunges. It is also a weapon that lends itself well to elementary infusions, thanks to which you get maximum damage without needing to increase the statics.

Arc of the Dark Moon

It is obtained with a arc +10 and the soul of Gwyndolin.

The best arc in the game, it also basically deals magical damage while also dealing damage to “parked” enemies. Recommended in PvE and handy in PvP on some occasions!

Available to Archives of the Duke after Logan Big Hat goes crazy.

This is the ultimate catalyst for any sorcerer, simply a legendary catalyst with devastating attack power! Incidentally, it is also easy to obtain!

Dark Souls Remastered, equipping the best weapon is not enough!

However, I feel compelled to point out that the fact that weapons are strong does not necessarily mean guaranteed victory, on the contrary, we must always choose the weapon that best suits our style of play which is completely unique and personal.

New Pokémon Snap: how to get Illumina and Crystal Blooms Orbs on all islands

Atelier Ryza: how to get the Wind Shoes

Cyberpunk 2077: guide to the endings + secret ending (all the choices to be made)