Bravely Default II: what to know before starting to play

In this short article we want to go and collect with you what to know before starting to play Bravely Default II, JRPG by Square Enix arriving exclusively on Nintendo Switch on February 23rd.

Octopath Traveler has awakened in us that desire for an old-fashioned turn-based JRPG that had slightly subsided with the future of combat systems more devoted to action and less to reflection. A genre of titles that certainly cannot please everyone, especially those who are now used to the frenzy and speed, but which still has a lot to say. Bravely Default II will also prove it, which continues the collaboration for titles of this genre between Square Enix and Nintendo.

Bravely Defalut II, in fact, will be released on February 26th exclusively for Nintendo Switch and we told you about our first impressions in two different previews, based on the two demos released on the store, and which you can find here and here. In this article we do not want to focus specifically on the game, considering that the next place where we will do it will be that of the review, but we would like to introduce you to the game world of the Bravely. What do you need to know before starting to play Bravely Defalut II? We will explain it to you!

The Bravely series was born in 2012 with the first Bravely Default, released on Nintendo DS, which was actually supposed to be a direct sequel to Final Fantasy: The 4 Heroes of Light, a spin-off of the series of the same name also released on Nintendo DS. . Bravely Default then took on a life of its own, changing its name, detaching itself from the Final Fantasy series and creating its own brand, while maintaining some elements in common with the original idea. In the Bravely series, in fact, the famous Crystals return, an element used a lot throughout the Final Fantasy series.


A Bravely Default followed in 2015 a direct sequel, called Bravely Second: End Layer, released on Nintendo 3DS. Both titles of the original dilogy were particularly appreciated by critics and managed to carve out a decent circle of fans, so much so that the announcement of Bravely Default II made practically anyone prick up their ears. 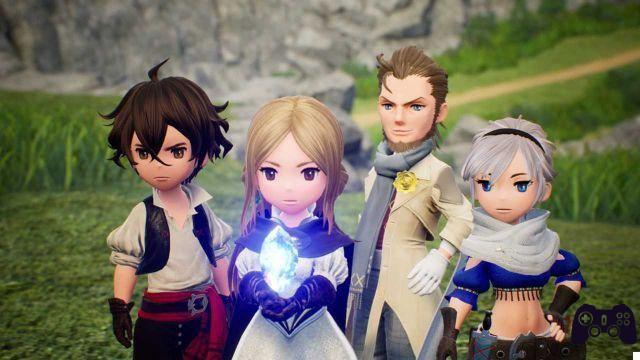 Where do we start from? - Bravely Default II: what to know before starting to play

Bravely Default II is detached, by plot, from the two previous chapters, starting with a new story, new characters and a more fantasy feeling. Seth is the protagonist, a sailor saved from a storm by the power of the Crystals who finds himself in a land unknown to him. Accompanying him will be Gloria, a resolute princess in search of the Crystals, Elvis, a learned wizard, and Adelle, his bodyguard. THE four will explore different regions in the course of their adventure, from Savalon, which we have already been able to know in the two demos released so far, in Remedhal immersed in the snow, to end up in Wizwald, the land of Magic.

However, it does not seem to end here, as the world of Bravely Default II is full of places to discover, missions to complete and NPCs to find that will give us the most disparate tasks. The game is in fact full of secondary missions ranging from simple fetch quests to some more related to history, which will make us more aware of the world around us and of the people who inhabit it.. The group will still be led to explore every nook and cranny of the world map in search of new equipment, resources and materials. And it is while they are on the world map that our paladins will have to deal with monsters! 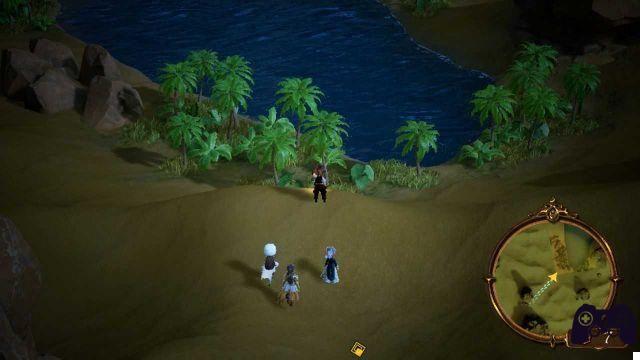 Let's get our hands on! - Bravely Default II: what to know before starting to play

Bravely Default's combat system is its real strength. Although the core mechanics are obviously taken from the classic turn-based RPGs, the Square Enix brand boasts a mechanic that had never been used before its arrival. Everything is based on two basic commands: Brave and Default. Each character starts a fight with Battle Points, BP for short, usually set to zero. Using any type of action will consume one, which will be automatically recovered on the next turn. However, we can use the Default command to put the character in Defense position and earn a BP, which will be set aside for the next turn.

Why do this? Very simple, because by accumulating BP with the Default command we can then use them all together with the Brave. We will be able to use a maximum of four different actions in a turn, whether they are physical attack, magical or healing, thus using three BP. That's all, it is more difficult to explain it than to use it in practice.

This Brave / Default mechanic gives a variety of approach not indifferent to every fight, especially as regards the fights with the bosses. If, in fact, against the weaker enemies it will be possible to download all our BP to chain more attacks and inflict more damage, thus leaving the character uncovered for a series of turns, the same will not be possible in the most demanding battles. 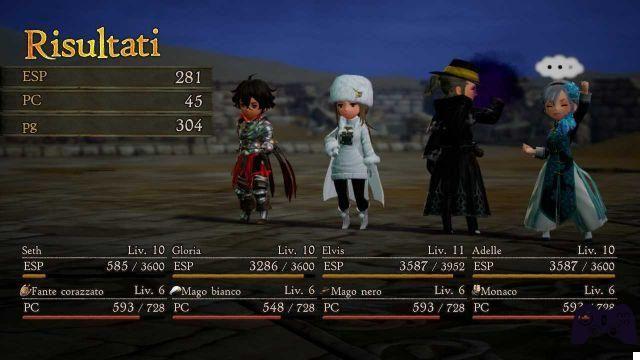 Hard “work” - Bravely Default II: what to know before starting to play

Bravely Default II then has a whole series of mechanics that we can define secondary, but no less important, which further deepen the combat system. Much remains, however, based on the Jobs, the “Classes” in the title of Square Enix, which start from the classic Handyman, White Wizard, Black Wizard and Swordsman to gradually arrive at more complex and interesting patterns. We will be able to unlock new Jobs by defeating the bearers of Asterisks that will appear during the adventures of Seth.

The character level and the class level are separate and independent. By leveling up the character, his stats will improve, while by leveling up the Job we will be able to unlock new ones Support skills, passive buffs If we want. Unlocking these skills will prove to be fundamental, also because they can be equipped regardless of the class that we will then find ourselves impersonating. 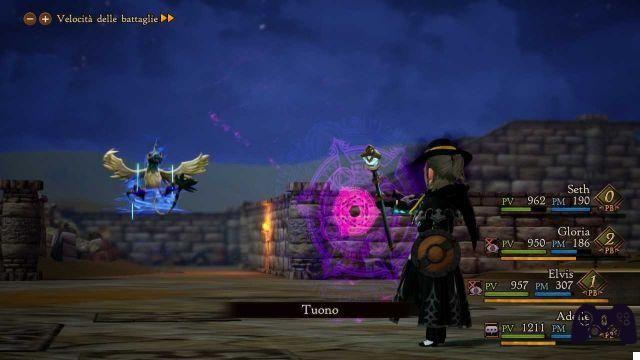 In short, Bravely Default II embodies exactly what gamers who are passionate about turn-based role-playing games in 2021 want to have in their hands. A title that, we hope, does not have that thread of dust called nostalgia on it, but that is modern, innovative and as fun as possible. We, for our part, can't wait to get lost in the lands of the new title of Square Enix, waiting to be able to fully talk about it in a dedicated review.

Here we end our article on what to know before starting to play Bravely Default II. Hoping to have been useful, we ask you: how long have you been waiting for the title of Square Enix? What do you think of the series? Write it to us below in the comments, we will continue to keep you updated with all the news on videogame and tech!

Call of Duty: Black Ops Cold War, how to play in 2 players ❯

add a comment of Bravely Default II: what to know before starting to play