Let's find out together in this guide for World of Warships the tips for mastering the ship control system. Attacking, tacking and communicating will become child's play

The games developed by Wargaming.net they are all different and complex in very different ways, but mostly they come together to be free to play. From exhaustion battles in tanks, acrobatics in airplane cockpits or against the backdrop of spatial landscapes, there is something for everyone to enjoy. In this guide we will discuss one of the most popular naval games of the moment. We are talking about the battles in World of Warships and in this guide we want to give you useful advice on the ship control system.

The first battle is never forgotten

At first glance World of Warships might be daunting due to its complexity and depth. However, we must not be discouraged because learning to dominate something, which at first glance would seem difficult, can give a lot of satisfaction. In this guide we will try to clearly explain the commands and methods for mastering the ship control system, and there will be some useful tips. Let's not waste any more time and we begin to sail in these stormy waters. 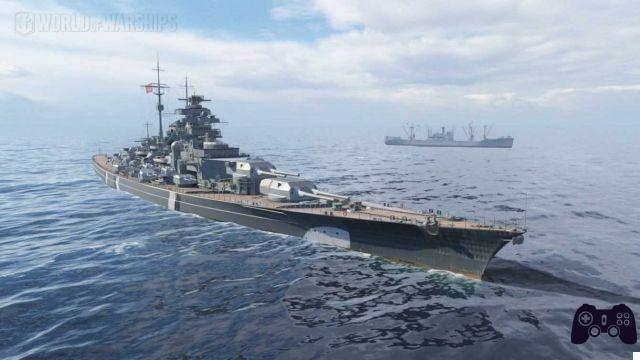 The sea has never been easier to cross - World of Warships: guide and advice to the ship control system

Mastering your warship is essential for every action, knowing how to attack is useless without good strategic positioning. So let's proceed with the first step which consists in moving our vehicle which otherwise would be completely stopped. By pressing the W and S keys we will be able to adjust the speed of the ship, the first increases its pace and the second slows it down. The speed level at which we are proceeding is indicated at the bottom of the interface: full, stop, 1/4, 1/2, 3/4 and full.


The next step is knowing how to turn. To do this there are two methods that require some practice to make them a common part of the navigation. Pressing repeatedly A we will perform a tack to port(left) and with D to starboard(To the right). Each press of the key will make us turn a small angle in one direction or the other. The second method is simpler which consists in continuously pressing Q and E to make us turn more or less quickly. The exact angle of our displacement is indicated below through different steps: max, 1/2, 0, 1/2 and max.

If the waters are calm or we need a break, we can also activate the Automatic pilot. In this way the artificial intelligence will automatically lead us to a location previously indicated by us without effort. Doing it is simple and just press M to open the map and click with the left mouse button on the point where we want to go. 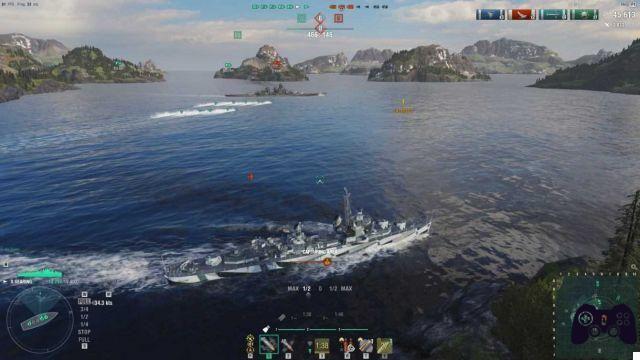 Cannons and torpedoes to defeat the enemy - World of Warships: guide and advice to the ship control system

Now that we know how to get around the sea, the time has come attack the enemy. Each ship has different guns, with different range and power. To use a specific cannon, just move the cursor over the ship in correspondence with the circles that characterize them, and click the left mouse button over the one concerned. On the next screen just aim and click left button to fire. The guns can then have different fire modes ranging from single shot with a single click, battery save with double click and a burst of fire with continuous pressure.

Pressing the Shift key we will then enter the Binocular view which allows greater precision in calculating the trajectories of shots. In the game you must also pay attention to the state of your guns. When their circle is green they are ready to fire, orange is for when they are in the process of reloading, red in case they have been destroyed and therefore unusable.

In addition to cannons, ships also have secondary weapons or consumable items. These will become of paramount importance during challenging battles against other players. One of these is certainly the Siluro, powerful against armored ships but determined by a marked slowness. A good bet and a pinch of prediction are important to scoring the shot. In our help there is the possibility to set a priority target by pressing CTRL + left mouse on the desired opponent.

There are also other more immediate-use skills such as Damage Control Team which will stop any fire, flood and module damage with a single button. All ships are different and have different tools, so they need to be known individually to better dominate the battle. 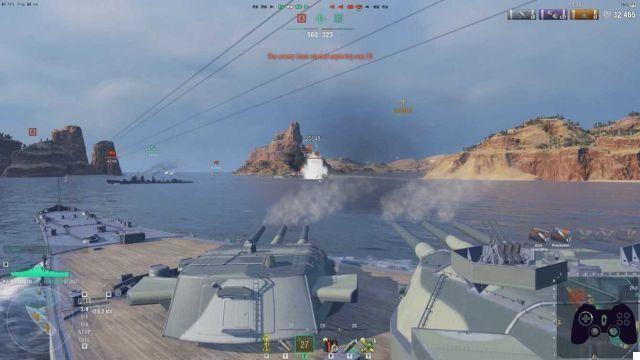 Communication is the basis for victory - World of Warships: guide and advice to the ship control system

Being a team-based and very competitive online game, it is it is essential to know how to coordinate with your teammates. The game offers several means to be able to do this effectively and clearly. The most classic and basic system is the chat shared with the team, a useful means that offers great freedom in communication at the expense of intuitiveness. For when we need more speed, predefined messages are the best solution, exploitable by pressing the TAB key and selecting the one that we find most suitable according to the situation.

It is also important to use the function Pay attention to the Quadrant which allows us to report a specific location to companions. Just press CTRL and left click on the point we want to indicate. 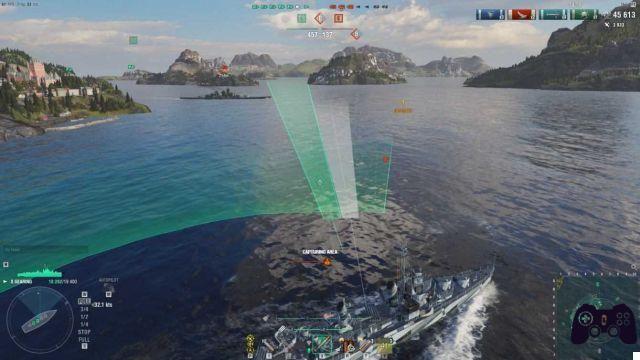 We return to the port to start again stronger

We finally came to the conclusion of this guide for World of Warships on the control and attack system of ships. We hope that our advice has been useful for you to understand the basics of the game properly, to move with confidence and to know how to attack with precision are the basis of this very competitive title. In case you have doubts or want clarifications ask us your questions below in the comments. In the meantime, I invite you to continue following us on Holygamerz to stay updated on the world of video games and technology.

add a comment from World of Warships: ship control system guide and advice