If you think there are too many things to learn in the game, in this guide for newbies you will discover some tips to clarify Xenoblade Chronicles: Definitive Edition

Xenoblade Chronicles: Definitive Edition is the remake, but also a bit of a remaster, of the title released for Nintendo Wii in 2010. There will therefore be many experienced players of the title along with others completely unaware of its mechanics. Additionally, the sequel to this game has attracted numerous new players, who will now be experiencing its origins in high definition. For these reasons we have a guide made especially for newbies with some of the best tips for initial Xenoblade Chronicles: Definitive Edition.

How not to get lost in this mammoth game

Especially those who are unaware of the gameplay mechanics, will be overwhelmed by the huge amount of content on offer. The system of combat is indeed unique to the series, la game map is of colossal proportions and secrets are hidden everywhere. Discovering the secrets of the Monado therefore risks becoming a long and confusing experience, but we may have what you need. In this Xenoblade Chronicles: Definitive Edition beginner's guide, we'll give you some tips to get you started.

Starting the game could be particularly difficult as none of the starting characters have significant healing skills. For a while Shulk will be able to fend for himself, but soon you will encounter enemies who will give you a hard time. To make things easier for you without cheating, quietly advance with the story until you reach the third chapter. From here you will get acquainted with Sharla, which will help you with its powerful healing arts. This way you can focus Shulk in combat and Reyn taking damage as a tank. 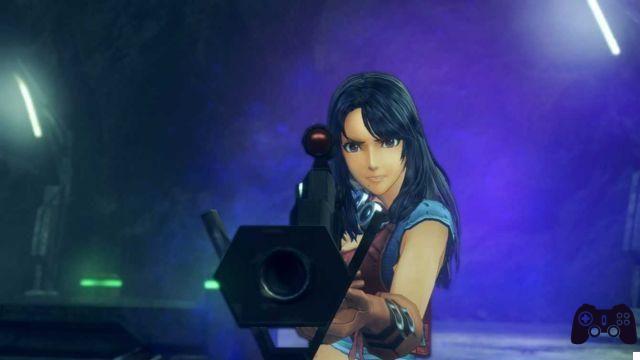 The benefits of exploration - Xenoblade Chronicles: Definitive Edition, guide and advice for newbies

Xenoblade Chronicles: Definitive Edition rewards players who want to explore. Experience can be gained by discovering new areas and even more so for secret ones. While exploring, pay attention to the enemy tags by aiming at them. So avoid the areas inhabited by monsters marked in red, this is because they will most likely kill you very easily.

If you are unsure of your location you can open the map. From here you will be able to use the fast travel, useful for returning to visit previously explored places. Don't be afraid to travel fast to speed things up a bit, as there is a lot of other content in the game that takes time. About this Xenoblade Chronicles: Definitive Edition is full of side missions that will make you travel far and wide, discover our tips on how to deal with them in this guide for newbies. 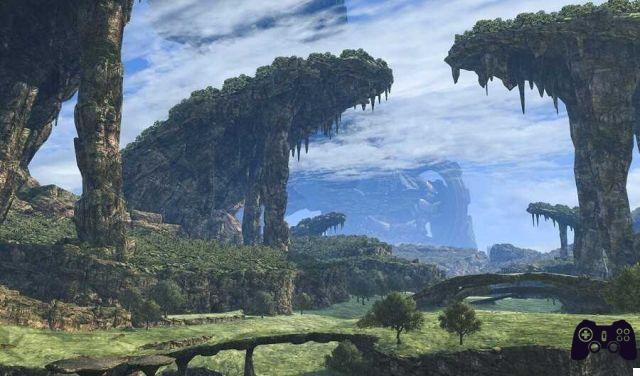 Upon reaching a new area, you will find non-player characters with a exclamation mark on the head. Talk to each of them until you have obtained all available side missions. Since there is no limit to the number of quests you can tackle at a time, it would be helpful to accept every side quest you encounter. The game will then mark all the various points of interest and enemies to speed up completion. Quests obtained by characters with generic names will earn you a lot of money and experience. Convenient is the fact that it is not necessary to talk to them again to finish the mission.

With regard to quests marked with a clock and received from characters with more specific names, things are slightly different. You will have to try to give them priority, as sooner or later they will disappear as the main story continues. Either way the game will warn you almost every time before these important steps. 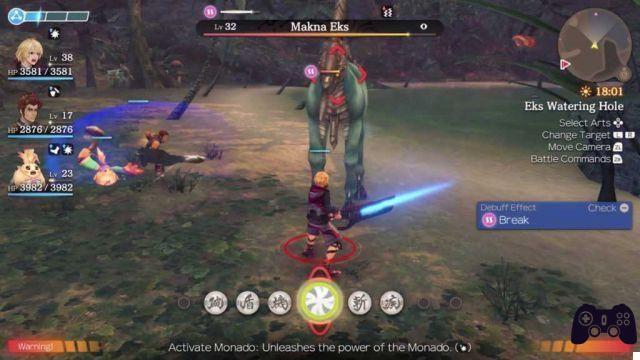 An important mechanic is the Group bar which fills up every time a skill is used from the right position, or by pressing B when the warning appears on the screen. For example, using Shulk's Back Slash against an enemy from behind the gauge will fill up. When it is completely full the team will be able to unleash aChain Attack, a powerful attack that allows you to attack each character in the team by choosing the skills to be thrown in succession.

Chain attacks always start from the character we are using, moving on to the second of the party up to the third. If theaffinity between the characters is high enough, we have the ability to extend the chain of attacks. Make use of abilities of the same color to deal more damage or unleash special lethal combos. 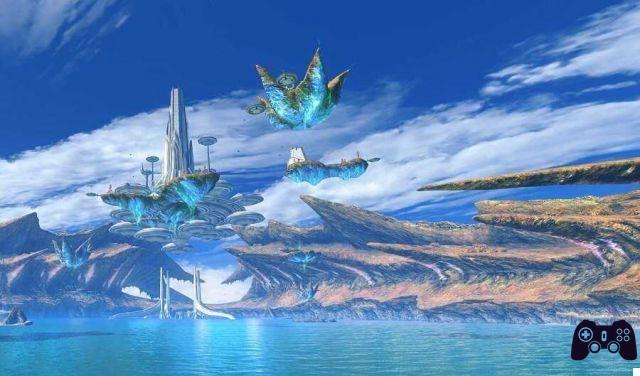 The importance of having a close-knit team - Xenoblade Chronicles: Definitive Edition, guide and advice for newbies

Affinity is a mechanic that shows the relationship between two characters. As previously explained, having high affinity will grant you longer chain attacks and unlock some special dialogues. Its importance therefore becomes obvious. To increase their value with active characters, they can be completed secondary missions, revitalize comrades, presses B at the right moment and completing Chain Attachments.

The scenes, in addition to being unlocked when the characters have reached the necessary affinity, can make us obtain further affinity. During the dialogue we will be asked questions details and with the right answer we will be rewarded with greater affinity. Finally, the affinity can be increased by doing so a team member donates a collectible (blue lights found on the map) to another party member. Each item will add or subtract a certain amount of affinity to the character receiving the gift, so be sure to only give items that show one or more hearts. Collecting lots of collectibles and giving them away is a very easy way to increase team affinity. 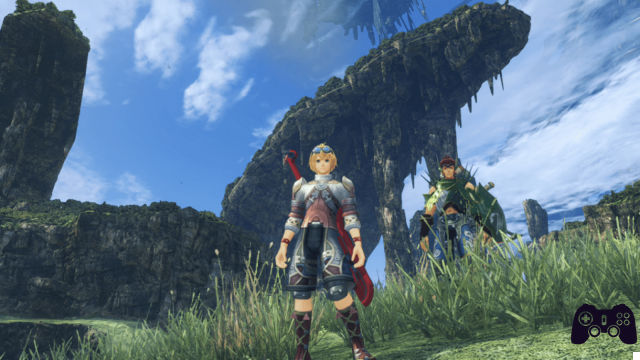 If you tore with Bionis

With the beginner's guide that we have provided you now know some of the best tips for Xenoblade Chronicles: Definitive Edition. In case you have any doubts or want clarifications about this JRPG ask us your questions below in the comments.

Xenoblade Chronicles: Definitive Edition è available exclusively on Nintendo Switch from May 29th. I also invite you to continue following us on Holygamerz to stay updated on the world of video games and technology.

Yakuza: Like a Dragon, what to know before starting ❯

add a comment from Xenoblade Chronicles: Definitive Edition, guide and advice for newbies