Welcome back to the twelfth installment of our in-depth guide to Super Smash Bros. Ultimate's stellar cast of playable characters

In this ours guide, we will devote ourselves to the many characters playable of Super Smash Bros. Ultimate, starting with Mario up to the latest additions of the second Fighters Pass. In each episode we will describe about five or six fighters, however, dividing them according to the chapter of Smash in which they made their debut. With today's episode ends the cast of rookies first seen in the fourth Smash: we'll see the Duo Duck Hunt and four wrestlers who started out as DLCs, that is Ryu, Cloud, Corrin e Bayonetta. In the appendix, we will talk about special mechanics. 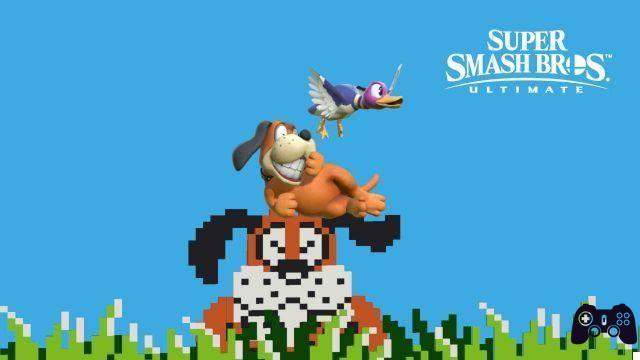 As well as the Ice Climbers, Pit and ROB before them, the duck and the dog of Duck Hunt make up the retro character introduced in the fourth Smash: the Duo Duck Hunt. The two of them are joined, for some attacks including Smash attacks (right analog lever), by the player of the same Duck Hunt from the 80s. On the other hand, if the dog broke the fourth wall to laugh at us, it is right that the opposite also happens, right? 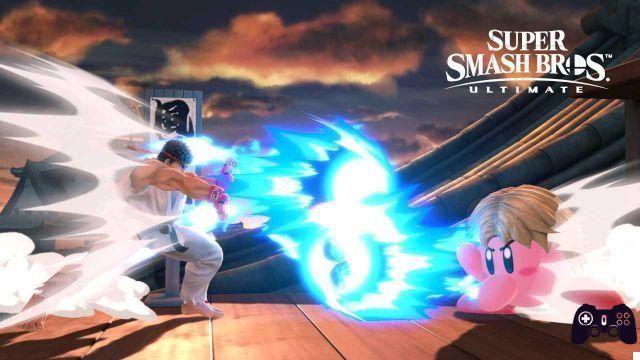 The first DLC content of the fourth chapter mainly reintroduced cut characters like Mewtwo, Roy and Lucas, but with Ryu our guide gets to the first Super Smash Bros. Ultimate fighter - if you don't count Little Mac - to come from a fighting game. The barefoot nomad of Street Fighter he tries to face very different opponents to those he is used to, in a game where, unlike a standard fighting game, you can move with much more freedom. With him we find out very unusual mechanics. 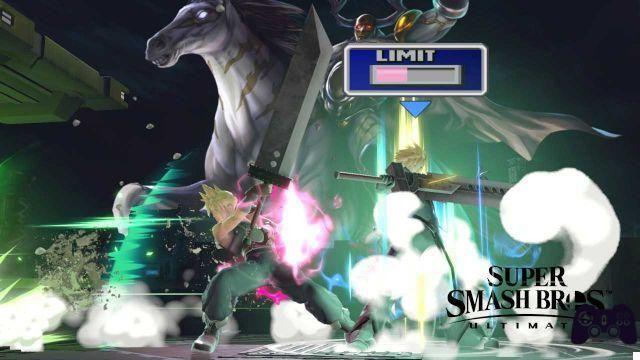 Among the characters, or at least the series represented in Smash, that fans have requested most loudly are the properties of Square-Enix. At the end of Nintendo Direct on November 12, 2015, the Big N surprised everyone with its latest announcement. The protagonist of Final Fantasy VII it would in fact debut in the crossover series as a DLC. The fighting style of Cloud emphasizes more on the spectacularity of the Limit Breaks of the original game, than on the replication of some mechanics such as spells and management of related resources. For the latter, we will have to wait for the Hero. In Ultimate, Cloud is unlockable. 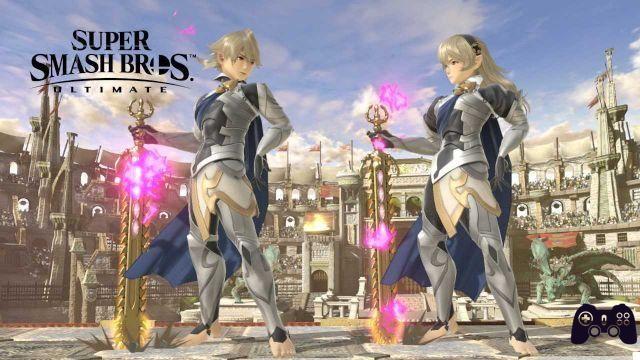 Paving the way for Byleth that we will see later in the guide, the only one of the DLC characters of the fourth Super Smash Bros. to be part of a Nintendo IP was himself a fighter from Fire Emblem. As well as Daraen, also with Corrin we are talking about a male and female avatar at the same time. And like Roy and Byleth, his arrival played a cross-promotional role: the debut in the fourth Smash followed the release in Japan of Fire Emblem Fates, while preceding localization in the West. In Ultimate, he is an unlockable character. 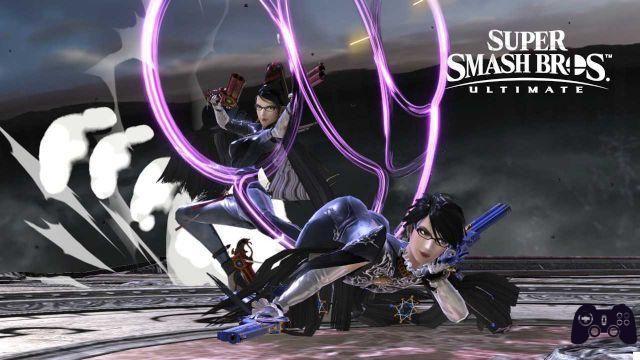 While the DLC characters of the two Fighters Pass for Ultimate are established by Nintendo, in the case of the grand finale of the additional characters of the fourth Smash things were a bit different. At the time, the Grande N had in fact set up a vote, aimed at fans, with whom to elect the most wanted character ever. It was the winner Bayonetta, the attractive witch from the series of the same name. A character really formidable in combat, to the point of bringing Ultimate (where it is unlockable) to try to balance it more. 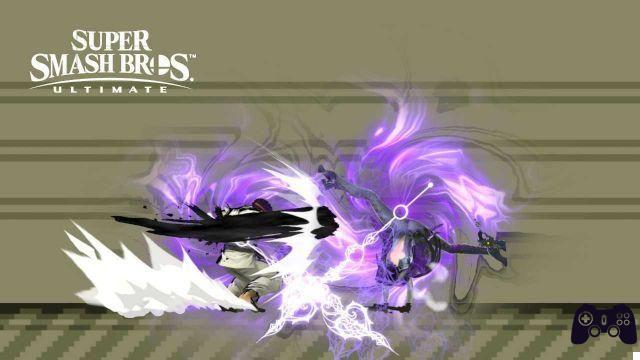 Between Ryu's special inputs, Cloud's limit bar and Bayonetta's Time Sabbat, the characters in our guide to Super Smash Bros. Ultimate are introducing more and more mechanical to them exclusive. Keeping all this in mind will not be easy at all, but as we recalled when talking about the Mii Warriors, we invite you to consult the move list along with our own guide. Also, becoming adept at using just one character can be advisable in some cases - it's a roster of over seventy characters, so don't be mad if your versatility wanes.

Furthermore, it is in cases like these that ours first episodes they turn out to be highly recommended, even more than these. We are entering uncharted territories, and it is with characters so unsuitable for beginners that we understand the choice of limiting the roster available at the first launch of the game to the first eight fighters (Mario, Link, Samus, Donkey Kong, Kirby, Yoshi, Fox and Pikachu) . The potential for strategy is expanding dramatically, and you will realize it in the next episode: the rookies of the fourth Smash end up here, and the next characters will be the new arrivals of Ultimate.

Resident Evil Village: what to know before buying the game