Here is the duration of the Star Wars: Squadrons campaign and the number of missions present in the new Electronic Arts title

The brand conceived by George Lucas in the now distant 1977 still enjoys a fame that knows no bounds. The recent film trilogy directed by JJ Abrams on behalf of Disney, it received starkly mixed reviews from fans, but that hasn't stopped the saga from expanding into other areas as well.

Especially in the world of video games, Electronic Arts has always been willing to publish new products. After the harsh criticism obtained following the excessive monetization of the contents present in Battlefront 2, the US publisher tries again with the new Star Wars: Squadrons, which we will analyze in this article the duration of the campaign and the number of missions.

Star Wars: Squadrons is without a doubt a title based on multiplayer, as it is easy to imagine. The title, in fact, will see us driving a very fast X-Wing in an attempt to fight against the remaining forces of the now defeated Galactic Empire. This does not mean, however, that the developers have omitted the inclusion of a single player campaign.

As we will see in this article, even lovers of solo experiences might find something in the new Star Wars game. After all, the fascination of driving in the space of such a popular and beloved universe is undeniable. So why not find out with us what there is to do for lone wolves in the new Electronic Arts title? 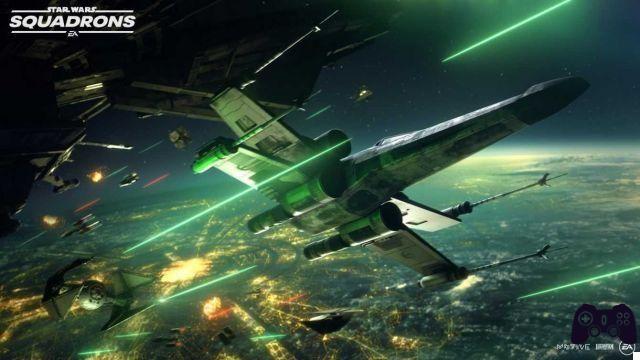 But how long does it last? - Star Wars: Squadrons, campaign duration and number of missions

Star Wars: Squadrons, despite the very accentuated focus on its multiplayer component, will have a respectable campaign duration. The narrative component, in fact, could be very interesting for fans of the saga. The events are set immediately after the film "Return of the Jedi", the last of the original trilogy. The player will then witness the last days of the Galactic Empire, after the finale of the first film. The campaign has a variable duration, based on how accustomed the user is to flight simulators, but it should be around 8 hours for a superficial completion that does not take into account some secondary activities and some crossroads that the game offers the player. 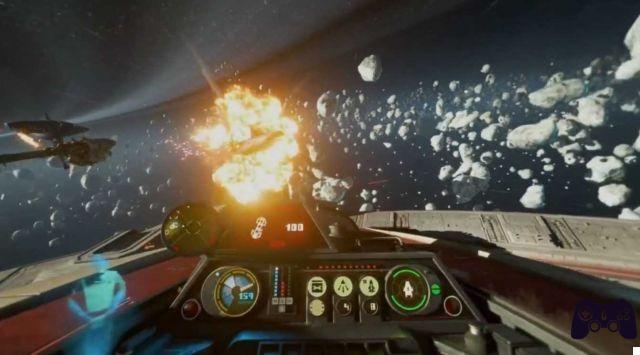 What to do? - Star Wars: Squadrons, campaign duration and number of missions

Star Wars: Squadrons has a considerable number of missions. If we exclude the prologue, during which the player will learn to pilot his own X-Wing, in fact, the title of Electronic Arts will propose 14 missions to be overcome. The latter will have an estimated duration of around half an hour, but this will greatly depend on the degree of skill of the user who approaches the work. Here is the list of the missions in English: 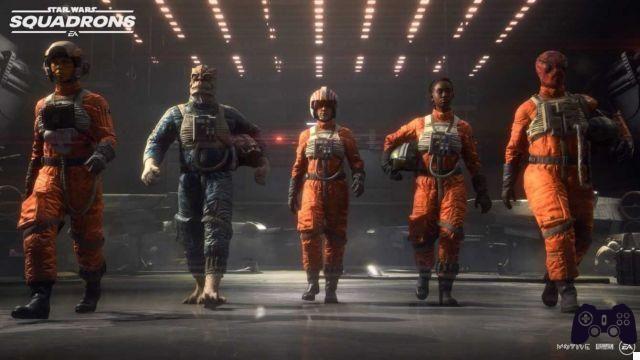 What is the game about? - Star Wars: Squadrons - campaign duration and number of missions

As already explained, in addition to the duration of the campaign and the discrete number of missions. Star Wars: Squadrons also offers a potentially very interesting storyline. The title chronicles the end of the Galactic Empire following the events of the film Return of the Jedi. The interesting thing is that the developers have well thought of having the player impersonate two pilots belonging to opposing sides, the New Republic and the aforementioned Empire. In short, fans will finally be able to delve into a very interesting era of the lore created by George Lucas forty years ago. 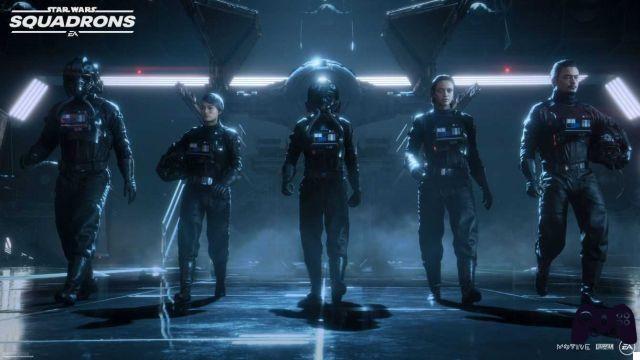 As we could see, the length of the campaign and the number of missions featured in Star Wars: Squadrons could make the Electronic Arts product very also interesting for those who prefer singleplayer experiences. Longevity remains anchored to that typical of products of this genre, but multiplayer will surely guarantee fans many hours of fun.

Are you going to buy Star Wars: Squadrons? If you are interested in other content on the title, you may want to take a look at our articles. To stay informed about your favorite video games and the latest news of our favorite passion, stay tuned to the pages of Holygamerz.

Star Wars Squadrons: here is the list of trophies ❯

Red Dead Online: The Perfect Guide to Getting Started!

Fortnite: guide to the challenges of week 9 | Season 8

add a comment from Star Wars: Squadrons, campaign duration and number of missions