Resident Evil Village: how to take the Beneviento treasure

Resident Evil Village è finally available all over the world and now many players are having fun exploring the length and breadth of the game map. The new survival horror of Capcom however it is full of secrets and sometimes even the most attentive fans are unable to find them all easily.

Of all the secrets of the game, one of the most mysterious is certainly the one that lurks in the middle of the territory of the gods Welcome. In fact, in this area there is an object of great value that apparently seems to be almost impossible to recover. Fortunately for you in this new guide dedicated to Resident Evil Village we will explain step by step cHow to get this much desired Beneviento treasure.

So close yet so far

Before explaining how to get Beneviento's treasure, we want to clarify why many Resident Evil Village players can't figure out how to get it. At a certain point in the game the Duke will mark the location of a large number of treasures on your map and among them there will also be the one around whom all this guide revolves. Thanks to the indications of the merchant it will be very easy to find the point where this precious object is hidden but, once you arrive at your destination, you will not be able to interact in any way with its hiding place.

The inability to interact with the treasure hiding place has caused a lot of confusion among players but fortunately there is a very simple explanation for this phenomenon. In fact, what prevents you from even trying to reach the object is the boss of the area. This character has a very special ability that you will discover later and until you have defeated him you will not be able to obtain the treasure in any way. 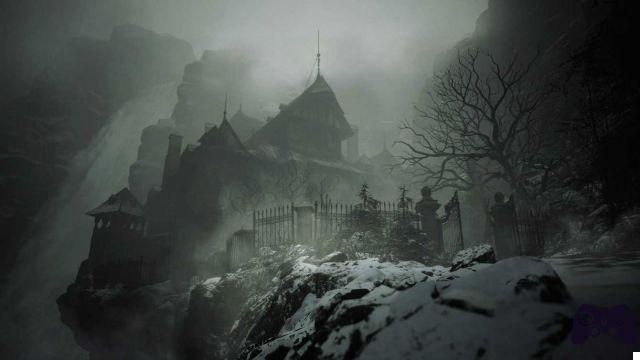 The stone slab - Resident Evil Village: how to take the Beneviento treasure

Once you have defeated the second boss of Resident Evil Village you can finally go and get Beneviento's treasure but, as you can imagine, it won't be that simple. In fact, before you can access the hiding place you will have to find the slab fragment missing from the tomb engraving.

This item is not difficult to find and to get it you just need to go back to village cemetery. Generally this place is quite safe, but this time you will find it a group of ghouls very aggressive waiting for you. Fortunately for you, however, one of these creatures will open for you the small crypt on the left side of the cemetery and inside you can find the stone slab you need. 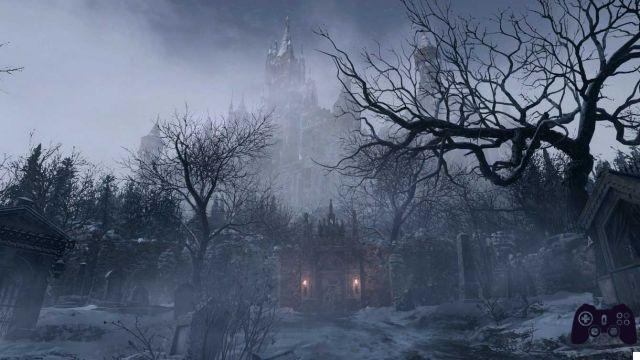 Now that you have obtained the stone slab, all you have to do is go back to the treasure hiding place and place it, but first we suggest you to prepare yourself properly. This is because once you arrive at your destination you will be forced to face a huge one giant armed with an ax. This mini-boss is very resilient and is even capable of summoning ghouls, so to beat him you will need to a large number of ammunition. Also we suggest you bring with you too a good number of cures, as its attacks are capable of dealing very high damage to you.


There are several ways to eliminate this creature, but in our opinion the simplest and most effective method is to constantly go around the graves to avoid his blows and then counterattack with the sniper rifle. To kill the ghouls instead we suggest you wait for them to approach the giant and then hit both of them using explosives. Alternatively you can also try to attack the boss from the stairs, but from this position the creature will become unpredictable and you may end up being harmed more than you should. 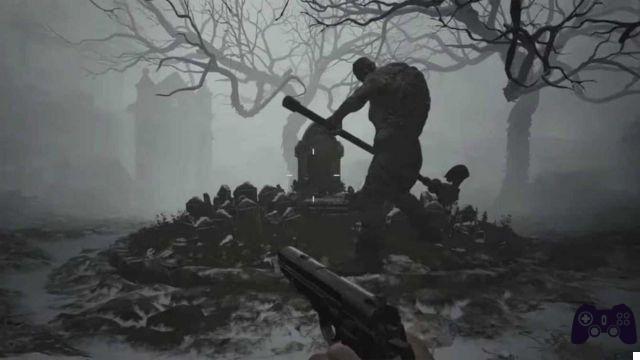 This concludes our Resident Evil Village guide on how to take the Beneviento treasure. If this article was helpful to you, we also suggest you also take a look at the other articles dedicated to the game on our site:

Resident Evil Village è available now for PC, PS4, PS5, Google Stadia, Xbox One and Xbox Series X | S.. If you are interested in staying up to date with all the news on the world of video games and much more, then continue to follow us here on Holygamerz. In addition, in case you want to buy the game at an advantageous price, we suggest you take a look at the catalog of Instant Gaming.

Resident Evil Village: how to solve the piano puzzle ❯

add a comment of Resident Evil Village: how to take the Beneviento treasure