Tips and tricks for getting through the Resident Evil 2 Remake The Fourth Survivor bonus mode. Players will return to take on the role of Hunk, engaged in a daring escape in an attempt to recover an intact sample of the Virus-G

The incredible multi-scenario campaign of Resident Evil 2 Remake it never ceases to surprise us, especially thanks to the satisfying level of challenge that the game offers. Once both Leon and Claire's scenarios have been completed for the first time, players will have the opportunity to face other very complicated challenges by unlocking new bonus modes.

Among the latter we find the mini-campaign called The Fourth Survivor (The 4th Survivor), which is a reinterpretation of the extra mission also present in the original game. In this Resident Evil 2 Remake mode, players will take on the role of Hunk and they must be able to escape the building safely by taking a intact sample of the G-Virus.

The level of challenge proposed by the bonus mode The Fourth Survivor is certainly much higher than that present in the main multi-scenario campaign of Resident Evil 2 Remake and, even if the game accustoms the players from the beginning to face different threats, in this case could be more complicated.

In this guide we will explain how to best complete the Hunk mini-campaign, with the aim of taking little damage, firing a few shots and, of course, getting to the end safe and sound!

Caution: we warn you that by continuing to read you will find some spoilers about the game. 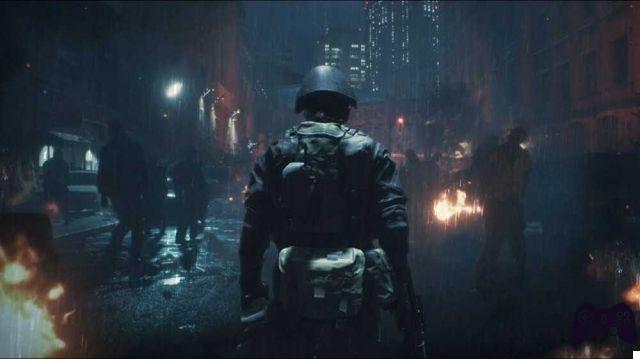 Learn to observe and look around you very carefully

One of the best techniques to survive and successfully complete The Fourth Survivor in Resident Evil 2 Remake is think ahead and understand what you are dealing with: remember that this mode, despite the faster pace and the weapons, always remains one survival mini-campaign. Dying in this mode is very common, so you will have to gradually learn about the enemies that will appear in front of you. This last they will always be in the same place and therefore with a little cunning you will have to be able to trace the best path to escape, moving through the numerous groups of zombies and mutants. If you die do not despair, as retracing the path will help you to memorize where the enemies are and consequently you will be able to dodge them and above all anticipate them more easily.

The Fourth Survivor is a stand-alone mission of Resident Evil 2 Remake and therefore from the beginning Hunk will have everything he needs to survive the threats he will encounter in the sewers and at the Raccoon City Police Station. Despite the main character's paraphernalia it boasts one pistol, a submachine gun, a magnum and a shotgun with the addition of a lot of ammo and support items, it is good to use them sparingly so as not to waste a single shot or resource. If you use little firearms avoiding most of the fights you will succeed in move faster and cover more distance in no time. Obviously in several cases it is essential to use weapons against the most dangerous enemies that block your way, such as mutant plants, which can instantly knock you out with a single grip. In any case, try not to shoot at random: you must be the one to understand where, when and against whom it is better to shoot or opt to escape. 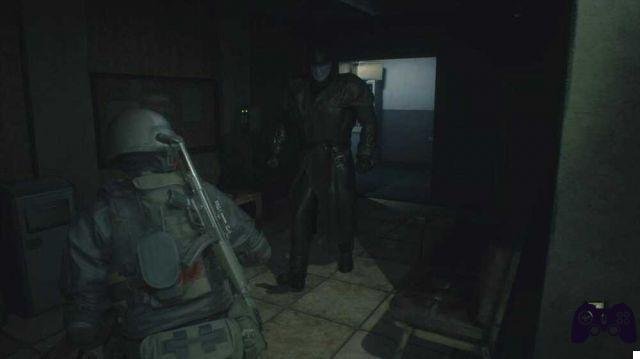 Remember to use support items wisely

In addition to the weapons Hunk also owns one series of herbs, gunpowder and secondary weapons, which make him much better equipped than Leon and Claire. Secondary weapons can be used to counterattack against grapples, but they turn out much more useful as a tactical tool. For example, in the “Underground Stairway” game section, which you will reach immediately after the sewers, you will come across a group of eight zombies. If you run in their direction to escape you risk being blocked by their holds, which will cost you an unnecessary waste of resources and time. In situations like this it is preferable to throw a flash grenade to stun the zombies and escape during the confusion.


Always go on your way

In The Fourth Survivor the enemies will be the same ones encountered in Leon and Claire's multi-scenario campaign, but in this bonus mode of Resident Evil 2 Remake they will appear in higher numbers. In some locations you can find up to 10 different monsters in one space and this could hinder your escape. Many mutants that will appear in front of you are extremely dangerous especially in groups, but also quite predictable. As mentioned above, even if you die zombies will always be in the same places and therefore you can exploit this aspect to study their exact positions. With zombies and common enemies, a great tactic is to attack them and afterwards bypass them from their blind spot and then push them forward. For example, during the first stretch through the tunnel, the most functional thing to do is to push the zombies forward and run after them. By doing this they will not be quick enough to react and will not be able to grab you. 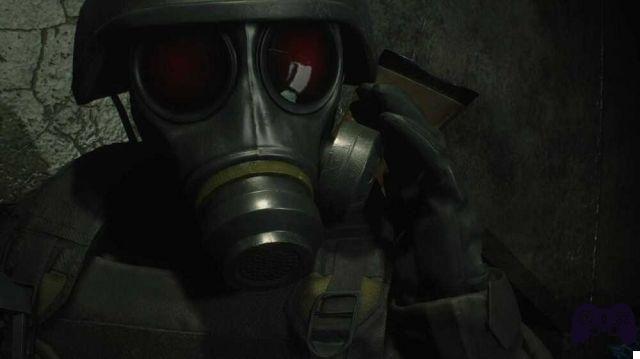 To read our review and discover other Resident Evil 2 Remake guides, please visit the following links:

Do you want to be a video game expert and know all the tricks, guides and reviews for your video games ? Holygamerz.com is a group of video game fanatics who want to inform you about the best tricks, guides and tips. We offer you the best information to be a reference in gaming, so here you can find guides, tricks, secrets and tips so you can enjoy your games to the fullest. Are you ready to get all the achievements of that game that you resist so much? Enter now and enjoy your favorite video game to the fullest!
Resident Evil 2 Remake: Unlimited Ammo, Rank S, S + and Mr. Raccoon ❯

Assassin's Creed Valhalla, guide to the Lord of the Rings mission

Project CARS 3: the complete list of all the cars in the game

Fall Guys: how to play with 2 or more players!