In this guide on Nioh 2 we will see how to defeat Magara Naotaka, the boss we will meet in the Corpses and Ice mission

In this guide of our Nioh 2 boss series, we will see how to defeat Magara Naotaka, the boss of the Corpses and Ice mission. We will catch a glimpse of our future opponent at the beginning of the mission, and despite the decidedly intimidating aspect it will not be that difficult to defeat, at least compared to the other bosses in the game.

How to prepare to face Magara Naotaka

The recommended level for this bossfight is 64, very high then. If you want to put yourself to the test, you can easily face Magara Naotaka even at lower levels, but our advice is to take some time to level and face it on equal terms.

Behind the hidden wall on the left side just before the boss fight (there will be 3 enemy samurai guards) you can find a hot spring. By taking a dip, you will increase your life's recovery rate for a while. Another tip is to find all Kodama in the region, which is 7 in the first main mission and 8 here. Every 5 Kodama in the region will give an additional Elixir slot to respawn, and consequently more chances to heal during the battle. 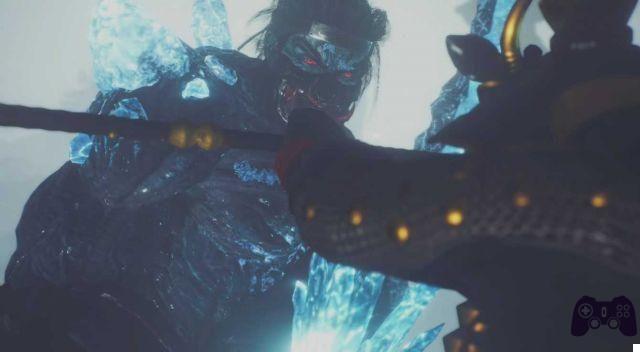 This is the boss with the most life of those encountered so far, and will continuously attack you with combos. Thankfully all of his attacks are easy to avoid, but one of his combos can kill you if you're not careful. Once the preparations are complete and the battle has begun, you will find yourself in a small circular arena bordered by rocks and ice. As easily understood by its appearance, this is the element of the boss, and the fire attacks will therefore be particularly effective.


A great strategy to avoid boss attacks is simply run left, obviously being careful not to reach the limits of the arena. The trick is to find the right distance from which you will be close enough for him to attack, but far enough away not to get hit. Another important aspect for this strategy is the Ki recovery speed, which will allow you to keep running. Our advice therefore is to equip light armor, with equipment weight less than 30%.

Continue as written above to go around him until his combo ends. At this point from behind (in this case you will do the doppio damage) or from the sides you can easily hit it a pair of times. Absolutely avoid trying to do combos yourself, or it will end certainly to hit you. Even the high range of the lancia, always being careful to leave enough Ki to dodge. 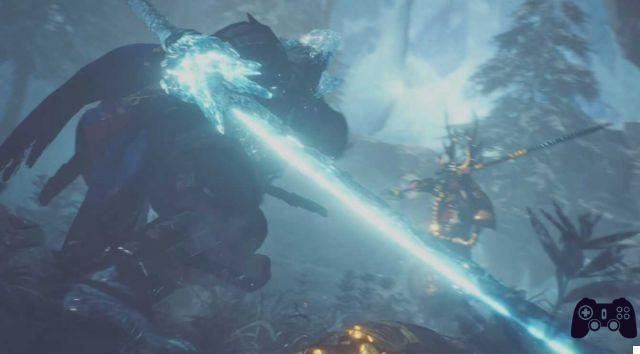 How to pass the second stage in the Dark Realm - Nioh 2, boss guide: how to beat Magara Naotaka

In this phase you will have to be even more careful, because the boss will learn new moves once he arrives in the Dark Realm. One of the combos loaded in this phase will have a lot of hits, and the last of them will also have a very wide range. This last blow will therefore be very difficult to avoid, and is simply worth it stop it, or try the more risky Burst Counter. At this stage it will also begin to evoke some ice spikes that will come out of the ground. To avoid them without too much difficulty, the usual run to the left will suffice. 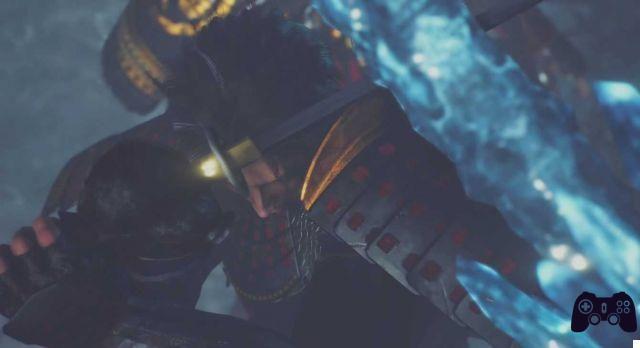 Arm yourself with patience, and good luck on your adventure

As we wrote this is the boss with the most life met so far, and being able to attack him only sporadically, it will be a long battle. Arm yourself with patience then, and you will see that by dodging and attacking calmly, defeating him will not be too difficult.

To better deal with other bosses, or for general advice, you can already find on our site several other guides related to the very recent Nioh 2 of Team Ninja:

Valorant: how to unlock Agents for free

Call of Duty Warzone: the best weapons of Season 6

Add a comment from Nioh 2 boss guide: how to beat Magara Naotaka