In this episode of our Nioh 2 boss guide we will explain how to beat Kashin Koji, the terrible demon that has been haunting us for years

The last title of the Team Ninja it really is a game very difficult and is able to create problems even for the most prepared gamers. The game's missions are littered with powerful enemies and treacherous traps, but the biggest obstacle for most players is the boss. For this reason we have decided to write one complete guide to bosses in Nioh 2 and in this episode we will explain come battere Kashin Koji, the terrible demon that has haunted us for years.

Unfortunately the first time you fight this boss the chances of losing will be very high, as you will face him immediately after the fight with Tokichiro form Yokai. Weakened by the previous fight and with a good portion of your resources consumed, the only thing left to do is accept defeat.

Luckily after you get lost you won't have to fight Tokichiro again, so now you will have plenty of time to prepare. This boss is very dangerous and his ace in the hole is there elemental magic, since he will be able to use practically all of them. Unless you have a build dedicated to Omnyo magic, you can hardly have enough elemental talismans to defend yourself effectively, so we recommend that you only bring a few antidote, as it will also use the poison. 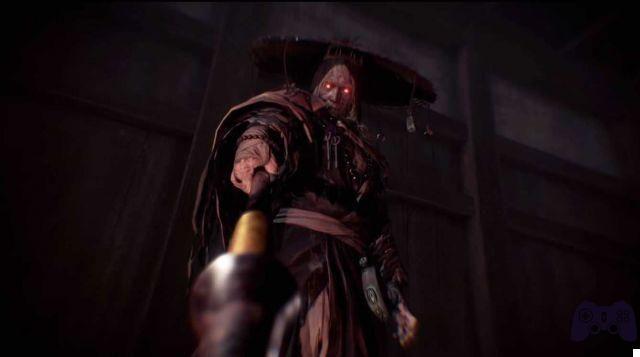 The first phase of this boss fight it's not extremely complicated, as Kashin Koji will move very calmly. At first boss will mostly attack you with gods fairly weak close shots and to avoid them you just need to be careful. But try not to stray too far from him, otherwise he could teleportation next to you to catch you off guard.


In this phase Koji will also use elemental spells but they are not overly dangerous, except for the dark looking bullets. This attack is very similar to Mezuki's, but this time there will be even more bullets and avoiding them will be very difficult. To avoid being overwhelmed you will have to run as far as possible and in case of need it is better to try to parry than to dodge.

A matter of numbers - Nioh 2, guide to bosses: how to beat Kashin Koji

When you have dealt enough damage to the boss he will drag you into the Dark Realm and here the real problems will begin. At this stage Kashin Koji's melee attacks will be much faster and as if that were not enough now will be able to also summon clones. These clones will disappear on their own after a while but as long as they are on the battlefield they will bombard you with magical attacks from a distance and they will try to surround you to hit you closely.

This phase is extremely chaotic and dangerous, but even in this situation you have to keep calm and act without hesitation. The best way to get through this stage is to try to use a few powerful attacks to hit Kashin Koji in the few moments when he is helpless. In addition you must try to exploit as much as possible the explosive counterattack to knock him out when he tries to attack you with one greatsword of ice. This attack is a lot slow and easy to deflect but you will still have to pay attention to the actions of nearby clones, so never let your guard down e fight back only if you are sure you are safe. 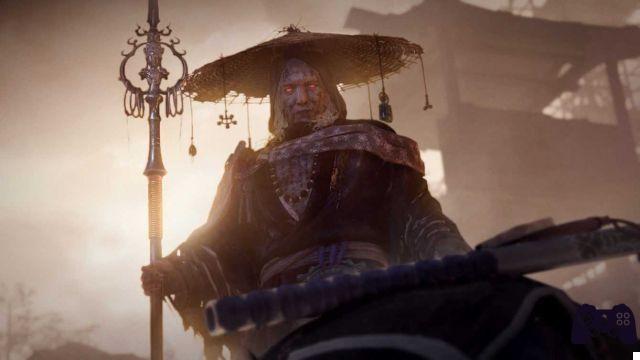 After you defeat Kashin Koji you will think you can breathe a sigh of relief, but the reality is very different from expectations. Once his HP bar reaches zero, the boss he will pretend to be dead for a few seconds and then fight back with even more ferocity. This short span of time will be very useful for you heal yourself and use buffs again before the final showdown.

Now that he's back to life, Kashin Koji will immediately use the Dark Realm and will attack you using more and more clones. Moreover, now it will also teleport above you to hit you with an attack from above or for perform a hold without giving yourself time to react. Fortunately, however, at this stage the boss will also have one very low defense, so by playing your cards right you might be able to get rid of him in no time. Our advice is to use the Yokai transformation immediately and try to kill him before he has time to summon too many clones. 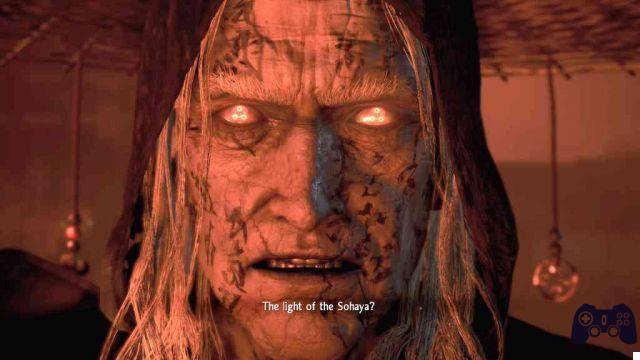 Thanks to this guide you will surely be able to defeat this Yokai definitively, and this time he will not get up again. If this guide on how to beat Kashin Koji was useful to you, we recommend you also have a look at the other Nioh 2 boss guides on our site:

Destiny 2: items on sale by Xur from March 15

NBA 2K22: guide to the best build from Centro

The walkthrough of LEGO Batman 3: Gotham and Beyond

Fortnite: here are the challenges of Week 8 Season 9 of the battle royale

The Witcher 3: the developers explain how to use cross save

Add a comment from Nioh 2 boss guide: how to beat Kashin Koji