If you are having trouble with the new Team Ninja title, come and discover with us how to beat Imagawa Yoshimoto in Nioh 2 with our boss guide

Many of you will certainly already be playing Nioh 2. We are doing it too and you will soon find our review on these shores. Meanwhile we are trying to help you out with one series of guides to make your life easier in the game. We know very well the difficulty of the Team Ninja series, already quite evident in the first chapter and even more marked in the technicalities of the second, so why not share our knowledge with you to cheer up the adventure?

We have already explained how and when to use each Stance, revealed some tricks and tips to play at their best and demonstrated how to beat Azai Nagamasa and Yatsu-no-Kami. This time we go back to the beginning of the game and we deal with the main boss at the end of the first area: Imagawa Yoshimoto. Let's find out how to beat it together.

Imagawa Yoshimoto is the first human-like enemy with an associated name you will encounter on your adventure. This already makes it unique: human, unique name and unique arena. The definition of the ultimate boss in any action game, whether it's a souls-like or not. Imagawa Yoshimoto is therefore a simple human being, but just like you he has a Guardian Spirit to use in battle.

The Boss, taking a cue from the area in which it is located, uses lightning attacks which could cause you quite a lot of damage if you haven't developed elemental resistance up to that point. The level recommended by us is about 38-40, but even if you are well-performing you will have to prepare to dodge and dodge. 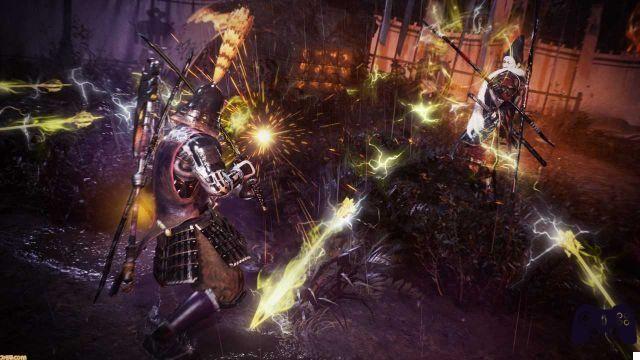 The arena is quite small, so you can't really escape it. Imagawa Yoshimoto use bow and arrows if you decide to go too far, throwing arrows at you or throwing them into the sky to make them fall back to the ground. These attacks are pretty easy to dodge once you understand the timing, but then the Guardian Spirit comes into it. Taking the form of a elephant, will throw at you a series of wide-ranging lightning element attacks. Once you are shown where the attack will fall, you will necessarily have to escape from the area to avoid taking damage.

It seems that the attack can be counterattacked with the Explosive Counterattack, but at the time of writing this guide, we never got the timing right to do it. For this reason, right now we advise you to be careful and simply dodge and escape from this type of attack. 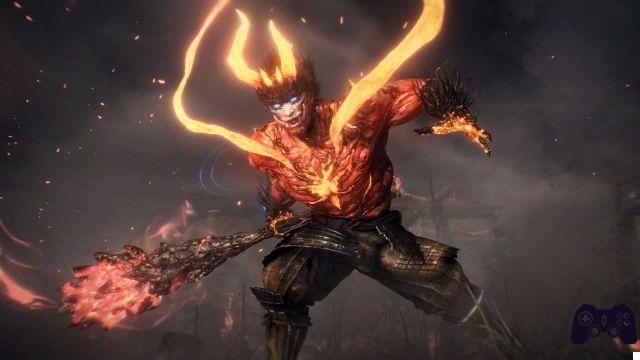 No Dark Kingdom, this time - Nioh 2, boss guide: how to beat Imagawa Yoshimoto

Fortunately, Imagawa Yoshimoto will summon the Dark Realm with, so what you see at the start of the fight is exactly what you see at the end. The most important thing is that you dodge the lightning and that you take advantage of the various openings to attack the boss and lower his life. Also take advantage of your Yokai Skills, which are often very useful. Keep in mind that Imagawa Yoshimoto has the same limitations as you, you will immediately understand when to use the window for a combo or not.


One tactic that might be useful to you, so much so that the fight is nonsense, is to get the boss to always use his sword-loaded attack. It's also pretty easy to tell when he's going to use it: Yoshimoto will stop and get ready to draw his sword to lunge at it. Dodge the next attack and you'll have the opening you've been looking for so much. Take advantage of this attack, fix it as much as possible, and the fight will become much, much easier. 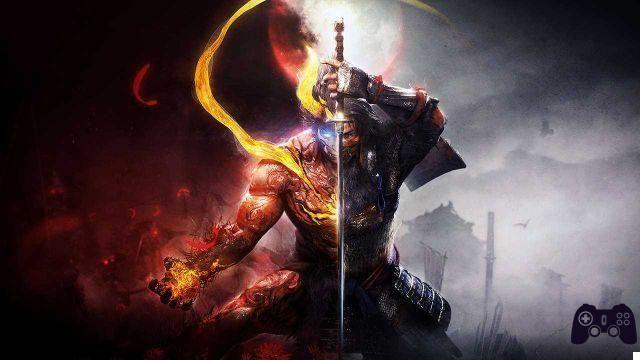 And this Boss is gone too! What do you think? Was this guide useful for you to beat the boss Imagawa Yoshimoto in Nioh 2? Are you already playing the game or are you waiting for some other opinion? Write it to us below in the comments, we will continue to give you ideas and advice to better face your adventure against the Yokai. Prepare the swords!

Destiny 2: items on sale by Xur from September 28th

Add a comment from Nioh 2 boss guide: how to beat Imagawa Yoshimoto