After all, in NBA 2K21 the system tiro it remained similar to that proposed in previous years. This year, however, you will have to learn and master some new mechanics if you really want to claim the title of top scorer and make a difference. In this guide we will therefore explain how to shoot in NBA 2K21. We will start with the simplest basics and techniques up to the advanced ones. Get ready to score 3 points!

Like every year, although the present one is decidedly unconventional, the usual new entry in the historic 2K basketball franchise arrived on the market on time. Moreover, as every year, this chapter also bears the signature of Visual concepts. To be clear, the same software house behind other historical sports sagas such as WWE 2K and NHL 2K. For this year, the athletes on the cover are Zion Williamson, gods New Orleans Pelicans, Damian Lillard, dei Portland Trail Blazers and Kobe Bryant, who passed away on January 26th.

The game does not differ too much from the canons to which the series has accustomed us over the years. Players have the ability to play NBA games by impersonating is real players are created by 0. There are several game modes and many settings can be customized. Up to 6 expansion teams can be created and used, with the option of one 36-team championship and any team can be transferred and renamed. For the second time in the series, all 12 WNBA teams are available. 67 classic teams are available, including the Toronto Raptors of 2018-19, the Golden State Warriors of 2016-2017 and the Cleveland Cavaliers of 2015-16.

In addition, the mode returns once again My career which involves the creation of a totally personalized basketball player with whom to face the various matches. also present the mode My team to put on the own personal team and make it go up against that of other real players online. Let's proceed now in the course of our guide and let's see in the next paragraphs how to shoot in NBA 2K21 and improve your technique. 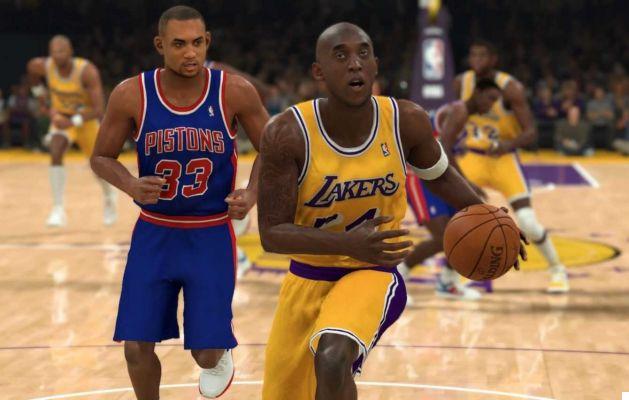 As pull in NBA 2K21? Very simple. The first thing to keep in mind is that they exist different types of shooting. There are dunks, lay-ups, jump shots, post shots and more. In this the shots are similar to those you had available in previous years in that you have various options to choose from. You can pull with buttons or stick analog. Whatever your choice you have a few things to keep in mind. In the first case, the key assigned to the shot is X on Xbox e square on PlayStation. In case you prefer theanalog know that the one to operate is the right. 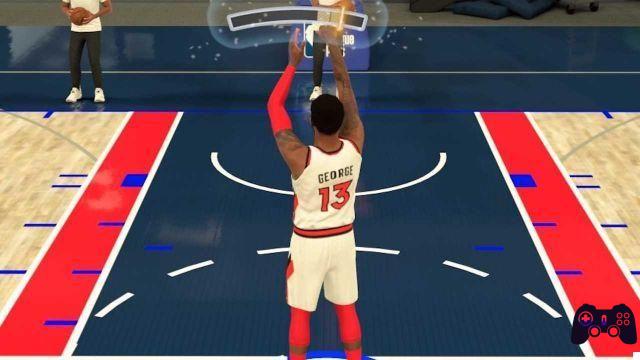 When you shoot with the buttons and use the shot meter, press and hold the firing button depending on your platform and then keep it pressed until theindicator is not aligned with the center of the meter of shots. The closer you get to the center of the shot gauge, the better and more accurate your shot will be. If your shot is perfect, the indicator will flash green to let you know that you have released at a good time. The controller will vibrate also to let you know when is the ideal time to shoot. This is about how to shoot using the keys in NBA 2K21. 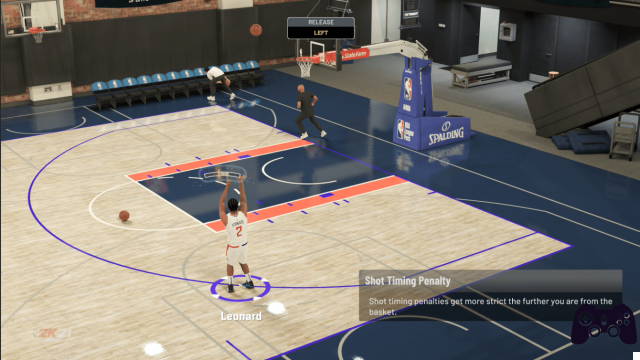 The button shooting option is certainly the most immediate to learn of the two methods available. however, analog stick shooting is also not too complicated. This time, instead of holding the button down, you'll have to pull the right stick down and then release it to pull. The more you release the stick near the center, the more accurate the shot will be. These two methods use timing and aim to determine the accuracy of your shots, but there are methods for changing these settings. This is what about how to shoot in NBA 2K21, let's see now advanced mechanics and other suggestions. 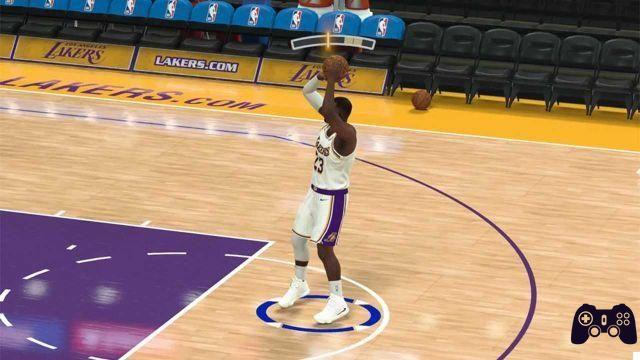 Changing the settings - NBA 2K21: how to shoot

How to shoot in NBA 2K21 is simple, you just saw it. Note, however, that these listed methods are predefined and can be changed. You can change the settings so that the shot will go to sign or not automatically, based on your players' stats. The Real Player% option can be changed in the controller settings in the "Shooting time". Set this value to Real Player % if you want your shots to hit depending on how good your player's stats are or not.

The settings menus also allow you to experiment with turning on and off the shot meter or the modification of the timing of shooting. You can also choose to turn controller vibration on or off. There is no clear-cut path to becoming a perfect scorer in NBA 2K21, so experiment with different settings until you find one you're comfortable with. 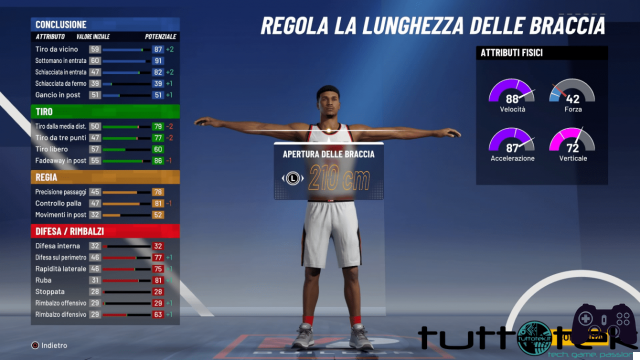 Becoming a real shooter - NBA 2K21: how to shoot

Putting into practice what we've told you about shooting in NBA 2K21 is easier said than done. However, there are many tools in the game feedback to use that will probably make you better shooters. As you learn the basics and timing of shooting, there is a tool of shot feedback that will appear at the top of the screen to let you know how good your shot was and what the score was. Pay attention to this figure which will appear immediately after releasing the button or analog. This can provide you with valuable information in terms of what you did or did not do correctly at the time of the shot.

Shooting in NBA 2K21 is more than just pressing a button at the right time. There are variables that come into play in real time like the fact of be marked, eg. These mechanics can ruin the performance of even experienced shooters. The various players also have favorite areas where they turn out to be better shooters. Knowing them, as well as making good shots and using correct timing and aiming is the only way to improve your results. 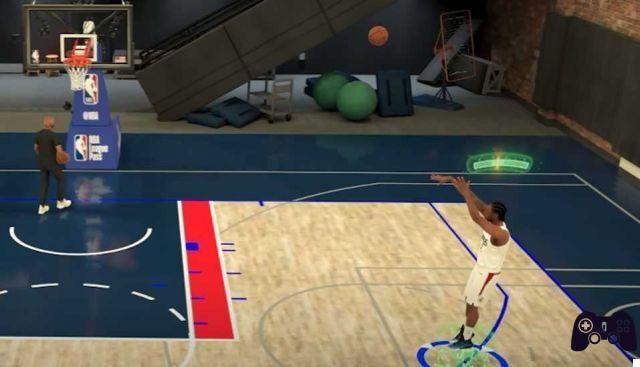 At the conclusion of our guide on how to shoot in NBA 2K21, we offer you a few advice provided by none other than the gameplay director of the game itself: 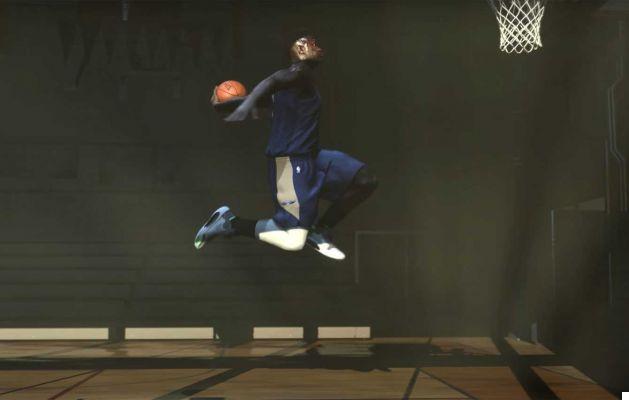 The ball passes to you

That's it for our guide on how to shoot in NBA 2K21. As you have seen the process, it appears quite initially simple. Mastering it, however, is another story. Some mechanics have changed slightly from recent years and this could create difficulties even for veterans of videogame basketball. In any case, the answer that is always valid at this juncture is only one: practice, practice and more practice.

Thank you for taking the time to read this guide. Stay tuned to Holygamerz for all the news and curiosities from the gaming world and beyond.

Neon Abyss: how to defeat Ares and Athena ❯

add a comment of NBA 2K21: our guide on how to shoot