Neon Abyss: how to defeat Ares and Athena

The latest bosses of Neon Abyss are quite elusive and you may not be able to find them, here's how to reach and defeat Ares and Athena

Neon Abyss sets the player to defeat 5 different story bosses to complete the game. For the last two, however, it is not enough just to continue through the levels to face them, but it will be necessary first to collect a particular talisman which will provide you with access to their level. Then read our guide to find out how to get the talismans to defeat Ares e Athena, the last two bosses of Neon Abyss. 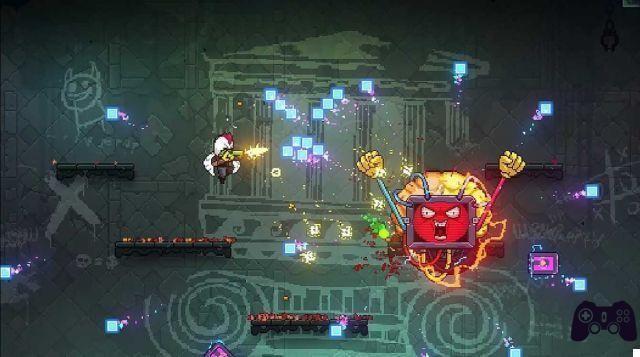 Between wisdom and violence

If you have already completed several runs you will have noticed the bar at the bottom right which can be of two types. That parameter changes according to the style of play adopted in the run. The purple bar indicates the wise style, it can be filled using crystals to open doors and chests or by defeating all enemies in a room without being hit. Instead the red bar indicates the violent style, which will increase by opening the doors and the red chests that will cause you to take damage. In addition, the latter will also increase by taking damage from normal enemies.

The two bars are opposite each other, therefore going to perform actions of a certain style you will penalize the other. Once you have completed a bar, go to the teleporters. At this point you will notice a bonus room away from the normal rooms. By accessing the secret room you can get different objects depending on the style used. Mastering the desired style you will have no difficulty in reaching and defeating Ares and Athena and completing Neon Abyss, then follow the advice of our guide to understand how to do it easily. 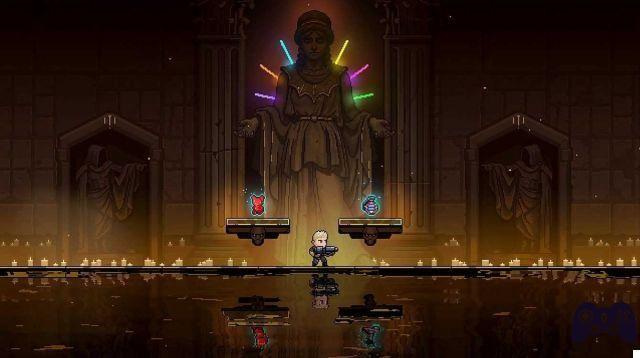 The Talisman of Violence - Neon Abyss: how to defeat Ares and Athena

The first of the two bosses is Ares, the god of violence. To achieve it you will need the Talisman of Violence. It will be possible to obtain the talisman following the homonymous style during the run. In fact, going several times in the temple of the gods filling the red bar you will find the talisman in front of you. Go to the temple as often as you can in your game, typically after three times you will get the talisman.

To quickly increase the red bar hit the chests and purple doors to turn them red and open them. You can also avoid getting hit by enemies and wasting precious health, the doors and chests will already be enough to succeed in your objective. Be careful though, as the temple of gods will cost you a health slot in this case. So try to favor items and pets that will provide you with a large number of shields in order to have enough health for the final stages.

The hardest part of the run will be manage health which will decrease by using the temple of divinities. The boss himself is not that dangerous and at that point you should be powerful enough to defeat him without too much effort. We strongly advise you to redeem the weapon called at the temple "The destroyer". It is one of the strongest weapons in the game that will help you tremendously in the game. 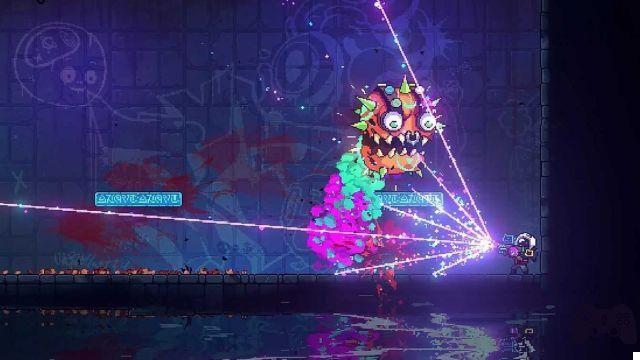 The Talisman of Illusions - Neon Abyss: how to defeat Ares and Athena

Let's move on to Athena, the divinity of illusions. The final boss of the game is reached by playing the wise style and using his temple of gods. This is a similar goal to that of Ares. To get the talisman, just reach the temple by filling the purple bar as many times as possible and that's it. However, filling the purple bar is more complicated than the red one. The best way to fill it in fact is never get hit by enemies and quickly use the purple crystals on chests before they can be hit.


We also advise you to open purple doors only when you are not directed towards any style. This way you can immediately start filling the purple bar by cleaning the rooms of enemies. Unlike Ares, however, Athena could give you a hard time, especially in her second phase. Arm yourself with everything (we advise you to collect the Towel and the weapon called "The Pacifist") and explore the different levels as much as possible so that you are prepared for the fight. 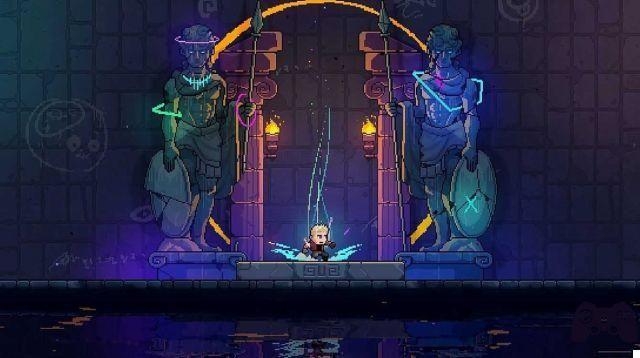 Masters of the two styles

Here ends our guide on how to defeat Ares and Athena in Neon Abyss. By following our advice carefully and in no time you will be able to master the two styles and to complete the game. Like any self-respecting roguelike, however, the challenge does not end here, you can in fact increase the difficulty level or continue defeating bosses to unlock new items and characters. On the other hand, the possibilities available in Neon Abyss are really many, we leave you our review here for a detailed analysis of the product.

Was this guide useful for you to be able to unlock the last two bosses? Let us know and keep following us on Holygamerz for other themed guides and to stay up to date on all the news from the world of video games and more!

Audio Video Neon Abyss: how to defeat Ares and Athena
Nioh 2: when to use each Stance ❯

add a comment of Neon Abyss: how to defeat Ares and Athena