With the next update, Monster Hunter World: Iceborne will include a new monster to besiege. So enjoy our guide on Monster Hunter to defeat the Safi'jiiva, the red dragon

The infamous will also arrive on PC on March 12 Safi'jiiva su Monster Hunter World: Iceborne. This creature is nothing more than a large raid boss with the same function as the Kulve: to give players the meta-game weapons. In fact, after the end of the siege, it will be possible to obtain from 2 to 4 weapons in a pull. The choice will be influenced by the weapons used during the siege, which will have better built-in upgrades depending on the level of their use. Finally, the weapons will be further upgradeable through the "awakening" procedure, which will allow you to add further upgrades.

As attractive as it may be, Safi'jiiva is unlikely to make your life easy. Capcom has pledged to make it tough, albeit not as tough as the Rajang. However, this dragon is not to be underestimated. In fact, he is a particularly infamous beast, and the short duration of the siege (20 minutes maximum) does not help the players. For this, we would like to help you with some little tips to make your experience less violent and focused on monkey screams in front of the screen. In the meantime, take a look at the official presentation video of the Safi'jiiva:

As for the mundane gameplay, the Safi'jiiva is a dragon in constant motion. Although it is weak to almost everything, it is worth noting the wording that, from the hunter's notes, highlights the five "dragon" stars. The boss fight is structured in three levels, and only in the last one will those five stars be felt.

In that layer, the Safi'jiiva will enter "critical state" for a few moments, which will cause dragon weapons to have an additional damage bonus, unlike normal ones. But fear not, those too will get a hefty boost with each hit. However, the dragon attribute is not only suitable for that, but also for the Elder Seal, which drains the dragon's energies faster.

Indeed, the Safi will absorb energy from the ground to heal itself and make devastating attacks. This new Monster Hunter mechanic will make your hunt for the Safi'jiiva quite long and tiring, so much so that it will be extremely difficult to complete it in the first fight. However, eliminating the monster should not be your only thought. To get more rewards, you will have to break the parts of the monster, such legs, back, tail, head, wings and chest. The latter will only be vulnerable during the critical state, so focus on the other parts.

The Safi'jiiva will use a supernova several times during the second and third layers capable of killing anyone on the map with one hit. There are four different ways to stop it. The first, the most obvious, is hiding behind the rocks that he drops. The second is to stun him with a lightning pod while he is taking off. The third is to return with the smoke bomb to the camp, but this will have to be done with an even tighter timing than the lightning pod. The last is to stun him while he is preparing with heavy weapons.

The sling will allow you to weaken the Safi with the (very important) rocks in the first phase, but it will also be used in the second and third. In fact, the monster in those two sections will focus its attention on a player, following him everywhere. By using the slingshot on the head, it will be possible to attract him to you. This is useful for tanks unable to do large dps. The last use of the sling is for the fire zones in the third and final level, where you can detonate those areas to cause 1000 damage to the Safi. 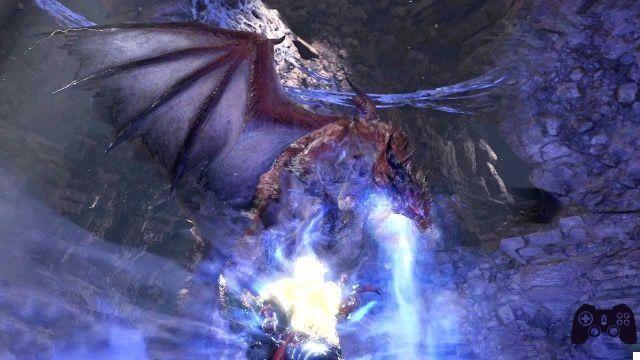 With the gourmet voucher, you have the opportunity to access rarer and more popular meals, which are normally difficult to find in the canteen. However, the vital skills for these sieges are three: safeguard, which gives you a defeat, batter, to stun the Safi and lucky cat, to have more rewards at the end of the mission. The latter is good to use only in the last siege, when you are sure you can defeat the monster.

Normally, it is common sense to bring safety, but for only one member. The alternative for food-affecting weapons is the “specialist” skill, which helps paralyze, fall asleep, poison or cause the Safi to “burst”. Which, fortunately, is sensitive to all these debuffs.

Poison and blast in particular work very well on the creature, while paralysis is so rare that it is not recommended. Sleep can bring you great benefit thanks to the increased damage upon awakening, but for those with a broadsword it is good to manage the time of the finisher. This is because the monster won't be asleep that long, and it is good not to waste opportunities.

And speaking of opportunity, it is also common sense not to attack the same party as a group. This is because the attacks of the Safi'jiiva very easily inflict tremor, or at least enough damage to take away almost all of your life with one blow. Watch out for attacks from behind, too, as the dragon is capable of firing photon beams at virtually any angle. They may even get there through his "backside".


Breaking as many parts as possible in the shortest amount of time is the real goal of the siege, but it's also important not to get in the way of other players. Indeed, it is good and right to attract the attention of the dragon while the edged weapons try to detach the tail, which incidentally gives two materials.

Each weapon can be used for a specific part, so if you don't have the right weapon, try to divide the tasks in the most optimal way. Hammers and crossbows for the head, blunt weapons for the hind legs, any for the front legs, cutting weapons for the tail and bullets / arrows for the wings. We also remember that the insect fancia is great for the back. 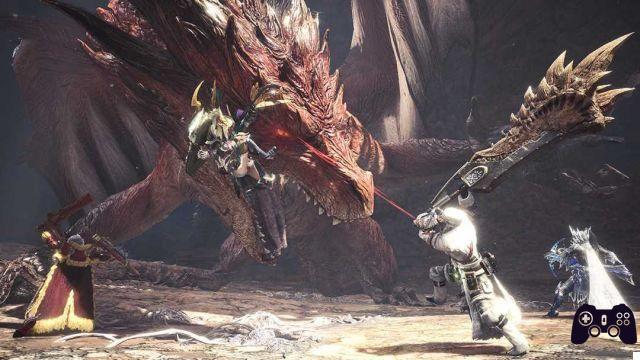 Monster Hunter World Iceborne has given us tons of weapons, and the meta has changed pretty much from month to month. With this new event, the weapon that most of all has received revenge is the light crossbow equipped with "sticky ammo". THE explosive bullets are destructive, literally, and manage to be among the most respectable against the Safi. By aiming for the head, it will in fact be possible to break it with little effort thanks to the new “Safi Aquashot” crossbow, which is capable of firing explosive second-degree ammunition in series. With a somewhat high attack output and a fairly inexpensive build (Zorah and Nargacuga), he is able to be of great help to the team.

As for hunting horns, attack melodies are the most recommended for sieges, providing a support capable of terribly facilitating the raid. The other weapons are generally more performing than those already present in the game, and it is therefore obvious that the name "Safi" will be omnipresent in the meta. Although there is little to say for weapons, tools are much more delicate.

Vital powders will be essential as Safi'jiiva will tend to grab the most unfortunate players in a lethal grip. It is therefore advisable to keep them ready in the inventory, so as to use them promptly during the last blow of the hold, when the monster knocks the player to the ground.

Cloaks are a chimera that is not easy to deal with. Beyond personal preference, which will make you choose the technical cloak or not, the secondary cloaks will perhaps be more useful. In fact, the technician will really last Very little, and if you are not GM 150 you will not be able to take on the mission that allows you to upgrade it. Also, the monster will hit you with attacks that are considered light, and the damage will still filter through.

It is advisable to use "vitality" or "glider" as alternatives, which allow the insertion of immediately Jewelry important. Great options are "instigator", "partbreaker" and "batter". A defense against the Safi'jiiva's roars is also recommended, as is the tremor, although not mandatory. 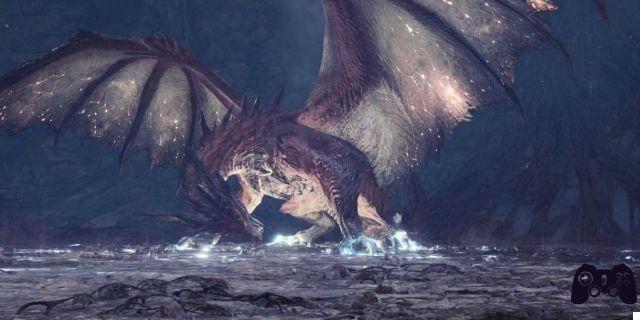 The latest tricks, legal or not - Monster Hunter World: Iceborne, guide to Safi'jiiva

The last gem concerns the wait between one area and another. In fact, when the Safi'jiiva changes level, you will have a "forced" push animation comparable to an invisible wall. Also, when you step down, the pterowyver will do a long drop animation, where you won't even be able to use the tools or browse the menu. For this, we always recommend returning to the camp, refueling / switching weapons. Starting from the camp, there will be no long descent and you will be immediately brought to the ground.

When the siege is over, there is still one last trick you can use to guarantee you a weapon of your choice in the pull. Indeed, you just need to change your weapon before collecting the prizes at the counter to guarantee your choice. This is great if you're not too confident with the various movesets, but still want a meta weapon of that type.

Driving is over, good hunting!

These are all the tips that we can give you in this article and therefore our guide on Monster Hunter and Safi'jiiva ends. There would be many other things to show you, but we will still have the opportunity to let you know in our future articles. So continue to follow us on Holygamerz.