Mario Kart Tour: tips and tricks to be the best

In this guide we will reveal many tricks and useful tips for Mario Kart Tour, the latest Nintendo title released for iOS and Android devices

Mario Kart, the historic Nintendo car title, has finally landed on mobile devices. The fame of the game followed him here too, making Mario Kart Tour reach ben in no time 20 millions of downloads. If you are new to the colorful title races, with this guide we will give you lots of useful tips on how to get started on the right foot.

The history of Mario Kart

Before starting with the guide, here is some information for those unfamiliar with the title. The birth of Mario Kart dates back to 1992, with Super Mario Kart for Super Nintendo. The game, created by the famous Shigeru Miyamoto, was a huge success and quickly became one of the best-selling titles on the platform. The extreme popularity of the title prompted Nintendo to continue investing heavily in the series, carrying on numerous sequels.

In total 14 Mario Karts have been released, among the most famous are: Mario Kart 64, Mario Kart: Double Dash!!, mario Kart DS e Mario Kart Wii. These titles became the ones that fans remember best, both thanks to innovations they brought (for example Mario Kart 64 was the first in 3D), both thanks to the extreme popularity of the consoles on which they were released. The core of Mario Kart has always been to entertain boys and girls from all over the world together, so it was only a matter of time before a chapter landed on mobile, being a device used by everyone.

Getting the Right Character - Mario Kart Tour: Tips and Tricks

Il characters of Mario Kart Tour are a very important element of the title, since having different statistics between them, some will obviously be better than others. During the game it will not be easy to get new drivers, but right after the first start we will be rewarded with some sort of lootbox called Launch from the Pipe. Through these objects we will be able to get some random characters and it would not be bad at all to be able to get one of the best right away. Unfortunately, the extraction is driven solely by chance, but perhaps there is a method to more easily get the likes of Peachette or Dry Bowser.


In the game settings there is a button that will allow you to start the game from scratch, allowing you to get back the initial bonus items in case the extracted pilots are not to your liking. Starting the game with pilots like the ones mentioned above can seriously facilitate your experience and it is therefore advisable to try to use this system although it may take some time. 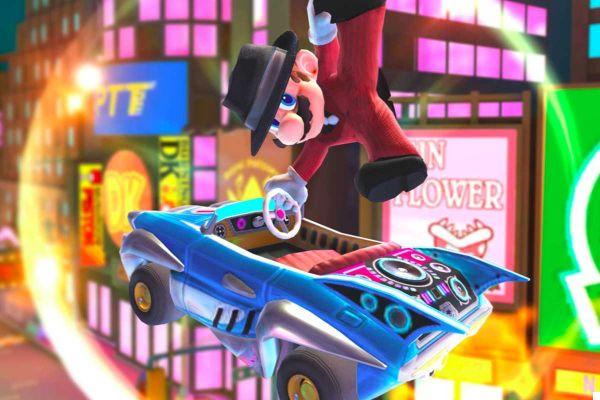 Starting with the turbo - Mario Kart Tour: tips and tricks

Anyone who has played other Mario Kart titles in the past will certainly be familiar with the technique for Departure to Razzo. This technique allows your vehicle to get a great bonus in speed at the beginning of the race, and is therefore very useful to immediately distance the opponents. When performing this technique, however, one must be precise, because otherwise you risk failing to start, thus getting stuck in the beginning with a huge disadvantage.

This technique can be used right from the start of the game, but the tutorial about it will only come after a couple of races. To perform a perfect Rocket Start every time, just keep your finger pressed on the lower part of the screen at the exact moment in which the number 2 appears in the countdown and release it as soon as the race starts. This very simple technique will give you a distinct advantage over all those players who are unable to implement it successfully. 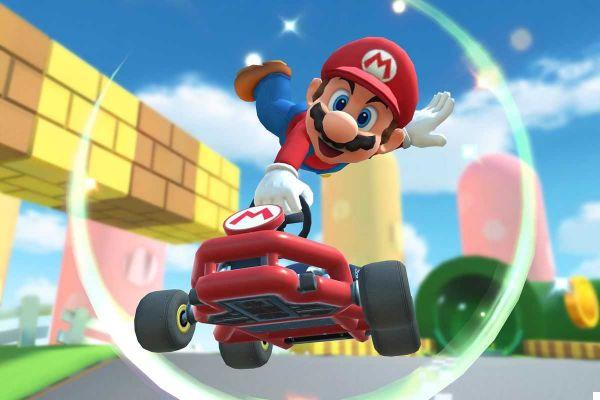 Another recurring element in all Mario Kart is the random objects. These items are scattered all over the slopes and are encased in large transparent cubes with a question mark above. These tools will be very useful in gaining an advantage over the players ahead of us, causing them numerous problems. If you see a pilot in front of you it is always advisable to use your items immediately, so that you benefit immediately, while if you are in the lead it is preferable to keep them until the drivers behind you try to overtake you. We also remind you that many objects can be thrown both forward and backward and to do so you simply need to slide your finger in the desired direction. 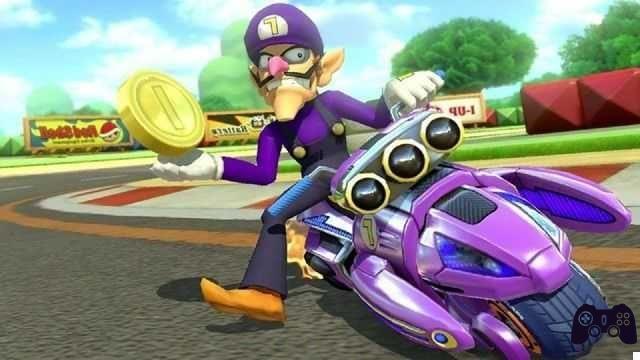 Given the difficulty with which the game releases Coins and Rubies, it is always good to use some tricks to simplify our life. A very good, if somewhat boring, method is the constantly repeat old races to get prizes. The most important thing is not so much to finish first but to play the races many times, so don't put too much weight on your performances e focus on finishing as many runs as possible in a short time. Repeating the old layers will also be useful for easily get experience for vehicles and characters, necessary to level them up and make them more effective. It is advisable to carefully choose the items to take with you before starting a race, in order to increase the level of the ones you prefer. 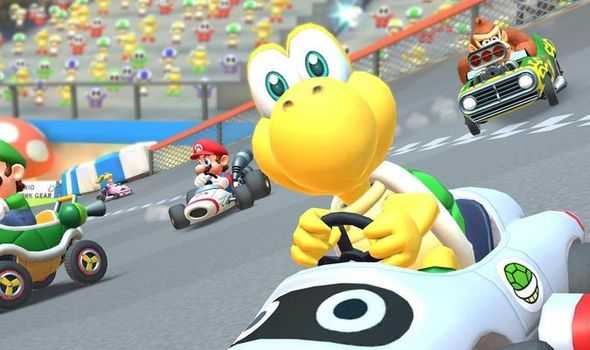 In games of this type it is not easy to get in-game currencies without paying and that is why you have to make the most of them daily bonuses. Having a lot of Coins and Rubies could make your life within Mario Kart Tour a lot easier, allowing you to unlock many things. As in all free to play games for smatphones, just log into the game at least once every 24 hours to receive a reward. It is also possible to obtain currencies by completing the various daily missions proposals, so as to further increase the resources at your disposal. However, these missions will not be available from the start and they will be unlocked by playing.

Using these method you will be able to buy a causal object every two days, as a Pipe Launch costs only 5 rubies. From these lootboxes, in addition to the drivers, new karts or random hang gliders can also come out, so don't hope to always get new characters. If you want to get resources faster without using the classic microtransactions, it is possible to purchase the Gold Pass by Mario Kart Tour, which through a monthly payment of € 4.99 will allow you to get extra resources and participate in races in 200cc mode. 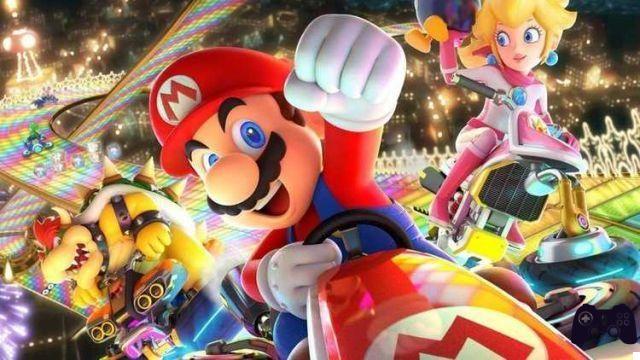 Although it may seem otherwise, Mario Kart titles have always been very competitive and this mobile version is no exception. These tips will surely help you get the better of your opponents, but without constant training they will not be enough. Arcade racing games of this type may seem simple, but they often hide an unexpected depth that can only be fully learned by playing. So if you aim to be the best, there is nothing left to do but put these tips and tricks into practice directly on the track!

If this guide has been useful to you and you want to stay updated on all the news about this title and much more, then continue to follow us here on Holygamerz.

Do you want to be a video game expert and know all the tricks, guides and reviews for your video games ? Holygamerz.com is a group of video game fanatics who want to inform you about the best tricks, guides and tips. We offer you the best information to be a reference in gaming, so here you can find guides, tricks, secrets and tips so you can enjoy your games to the fullest. Are you ready to get all the achievements of that game that you resist so much? Enter now and enjoy your favorite video game to the fullest!
Metal Gear Survive: How to Level Up Fast | Guide ❯

Pokémon Sword and Shield: how to get and hatch eggs

FIFA 20 Volta: tips and tricks to become the best

New Pokémon Snap: how to get 4 stars by photographing Emolga

The Division: Strategies and Tips for the Epidemic Event | Guide

Add a comment from Mario Kart Tour: tips and tricks to be the best