Here is a guide entirely dedicated to Lego DC Super Villains, where we will help you in the search for the Red Bricks and we will reveal some tricks to unlock the characters using the cheat codes

The bane of the players? Obviously the collectible items within videogames… always if we can talk about ruin! Because in reality it is not enough to complete the main campaign to finish a game at 100%, but to reach this coveted goal you will also have to hunt for collectibles.

Like any self-respecting LEGO video game, too Lego DC Super Villains has collectibles to collect or i Red Bricks, literally Red Bricks. In this guide we will help you find them all, indicating their exact locations. We will also list some tricks that can be activated thanks to gods cheat codes that will allow you to unlock some cool things inside Lego DC Super Villains.

You are ready? Let's go! 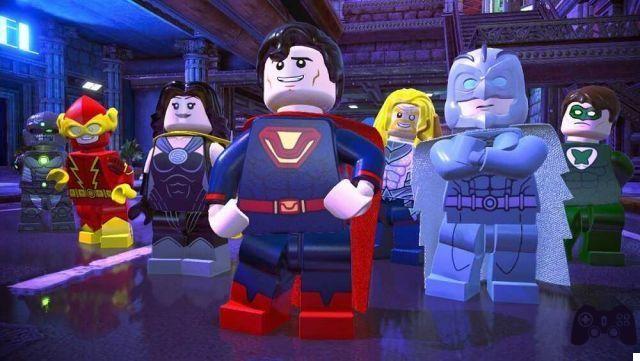 In Lego DC Super Villains there are in total 20 Red Bricks to find, one in each normal level and one also within each bonus level. To keep track of your progress and know the exact number of how many bricks you have collected, it will be enough for you take the elevator and go up in STAR Labs a Metropolids: here you will see exactly which ones you own. Also, as always, the Red Bricks you collect can also be used for unlock new skills and upgrade your character.

Below you will find the list it indicates the exact location of the Red Bricks in each of the levels of Lego DC Super Villains.

In Lego DC Super Villains there are five bonus levels. Here is the position of the Red Bricks inside them: 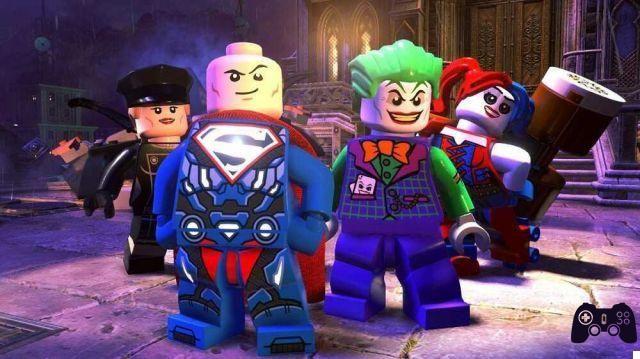 The characters of Lego DC Super Villains are really numerous and of course they are all unlockable simply by playing. However, if you are super impatient, there are gods cheat codes that allow you to immediately unlock the characters. Below is the complete list, but we want to warn you that using these codes you will not complete mission objectives related to the character you want to unlock with the cheat. In short, the character will unlock but the objectives of the related mission will remain to be completed.


Use them as you see fit! Here's the list:

Where do you buy the red bricks in LEGO DC Super Villains?

How many levels does Lego DC Super Villains have?

The level packs are going to be 6 and 4 of them belong to the 2 upcoming DC movies coming to the big screen.
They are Aquaman and Shazam, with 2 packs each one.
4 sept two thousand eighteen

How many hours is Lego DC Super Villains?

Based on feedback from a total of sixteen players, LEGO DC Super-Villains takes an average time of ten hours and fifty-one minutes if you only complete the game's main objectives.

add a comment of Lego DC Super Villains: where to find the Red Bricks | Guide