Kingdom Come: Deliverance, tips and tricks to get you started | Guide

In the first part of our complete guide to Kingdom Come: Deliverance we teach you to master some aspects of the game. We will start with the mechanism of eloquence, to then move on to the analysis of the combat system and the use of bows, and we will conclude with riding

Kingdom Come: Deliverance is a complex and satisfying video game, of which we have recently offered you the review. The title points so much to realism that even the simplest actions, those that we would perform automatically in any other video game, are here much more difficult than expected. So, before you start your adventure as Henry, it's best to have some wise advice aside.

We spent several hours wandering through the villages and forests of medieval Bohemia: we got arrested, we rescued damsels in distress and even embarked on an ecclesiastical career. We are therefore ready and willing to provide you with some useful tricks to start playing.

The art of eloquence

You'd like to grab a two-handed broadsword and run across the mountains to beat the Giants, wouldn't you? Too bad this is it Kingdom Come: Deliverance, and not Skyrim. Not to mention that combat, of any kind, in the early stages of the game is not only complex but extremely punishing.

Talking, on the other hand, is free. Not only that, but in most situations, eloquence can get us out of trouble without losing large resources. There are three ways to reach out to your interlocutors in Kingdom Come: Deliverance: you can intimidate them, be friendly, or let your reputation get ahead of you. Each feature is played on a complex point system within this RPG, which you can check in your inventory, and which you can influence in different ways. 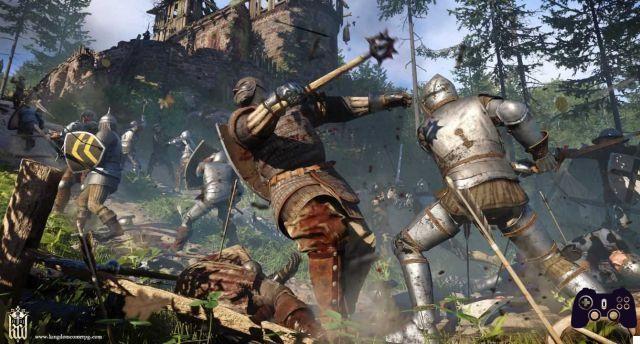 The intimidation, for example, it varies depending on your equipment. Dressed in armor you will look a lot more aggressive than normal. But the game is much more refined than that, let's take another example: you just fought and you are covered in blood. Here, the blood on your clothes will frighten the travelers if you talk to them in this state.

The friendlinessunlike intimidation, it instead requires you to be dressed not only decently, but also fully dressed. So you will need to wash, be well rested and keep the polished sword in its scabbard. It is also advisable to stay sober before starting the conversation, and to dress appropriately. A noble will not take you into consideration if you come to him dressed as peasants.

To do so your reputation precedes youFinally, you will have to help the secondary characters and complete the various missions scattered around the game map. In the final stages of the adventure, having a good reputation can come in handy in several ways.

The basics of combat

In the beginning the combat system of Kingdom Come: Deliverance it may even seem impossible to master, but in reality it is much less complex than it appears. The commands themselves are just three: with L1 you save, with R1 you make a jab, with R2 the actual attack of the blow.

The aiming is automatic, so with the right analogue the attack is directed. In executing the jab we can only aim for the chest or the head, while the blows can be executed in five different directions. Parrying takes a lot of stamina, once exhausted you will no longer be able to defend yourself and you will start taking all damage from your opponent.

The trick is to strike in the opposite direction to that of your opponent's last attack, logically after parrying his blow. Then look for an opening and regain some stamina, avoiding getting stuck in the surrounding environment. Don't use up all your stamina to perform burst attacks: save a little to be able to defend yourself and parry the opponent's blows. 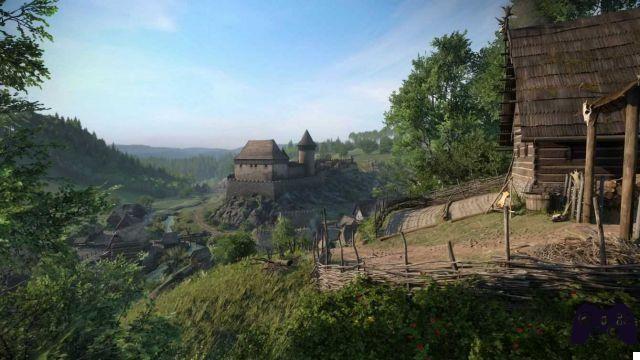 The knight does not live by the sword alone: you can also improvise as expert archers. Of course, even here the system is not as immediate and simple as in any first person shooter, and there is not even an aiming system for the objective. So the first arrows will inexorably end up hitting anything other than your enemy, but don't despair: with a little practice you will become very good.

We have found that aiming slightly to the right of the target, you usually end up hitting it perfectly. Easier said than done with Henry's shaking hands, but it's worth a try. The distance you can still hit depends on the type of bow and arrows you are using. We told you that Kingdom Come: Deliverance it's a complex game, isn't it?

Riding a horse in first person is not the most beautiful and practical thing in the world at first. The trick is to understand that the horse will go in the direction its head is pointing, not towards where you are looking at. So there are some problems if we want to look at one point and go to another at the same time, but even here practice perfects everything.

The controls themselves are rather simple. The left analog allows the horse to continue trotting, the right shifts Henry's view. By pressing the Circle button on a main road, the horse will follow it independently, allowing you to enjoy the view.

To gallop you will need to execute the Circle command twice while simultaneously using the left analog. When galloping, the horse will no longer follow the main road on its own, no matter where you are at that moment. Galloping also consumes the stamina of the horse.

Stay with us: the second guide dedicated to the world of Kingdom Come: Deliverance. If you want to deepen a certain aspect of the game you can comment and make your request: we will take it into consideration when writing.

add a comment of Kingdom Come: Deliverance, tips and tricks to get you started | Guide