So much freedom to choose can lead to a lot of confusion. We help you with the best skills to unlock first in Immortals Fenyx Rising

What's better than exploring a game map always interesting and well characterized? Being able to do it with extreme mobility and with the most useful skills for exploration. In our opinion, this way the exploration will become exponentially more enjoyable and you will have no difficulty in uncovering every secret carefully placed on the map by the Ubisoft Québec team. Let's not waste any more time then e let's go to the discovery of the skills to be unlocked first in Immortals Fenyx Rising. 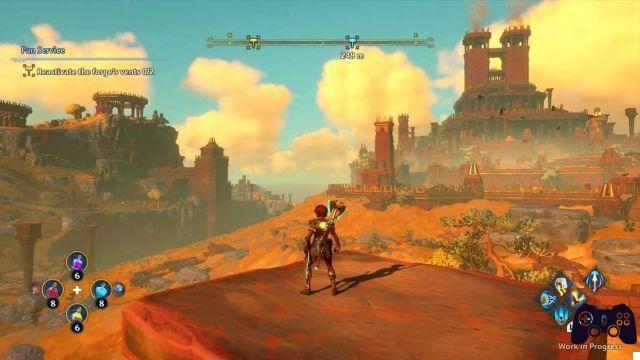 Anyone who likes to have as much freedom of choice as possible within a video game. In Immortals Fenyx Rising this is exactly what happens, the game is not afraid to show all the available skills, leaving the player to decide which one to unlock first and which one after. After an initial initial phase, which has the function of tutorial, we are catapulted into the Valley of Eternal Spring.

Now we can spend the Charon's coins, obtainable by completing the challenges of the myth. At our disposal we have the skills, which improve the protagonist's ability to move and attack, and the divine powers, powerful moves that need a recharge time after use. The first are those that interest us, because they go to increase the quality of life of the game and greatly enhance the exploration experience. Before starting our list, we anticipate all the skills featured in our guide require 2 Charon coins to be unlocked.

This is probably the most useful skill in the entire game. Our advice is to unlock it first, or in any case as soon as possible, since it will be the skill you will use the most in both the exploratory and platforming phases. Glide Shot will allow you to glide twice as fast as normal, without consuming extra stamina. As a result, not only will you be extremely quicker to cross the game map, but you will also be able to land much farther. 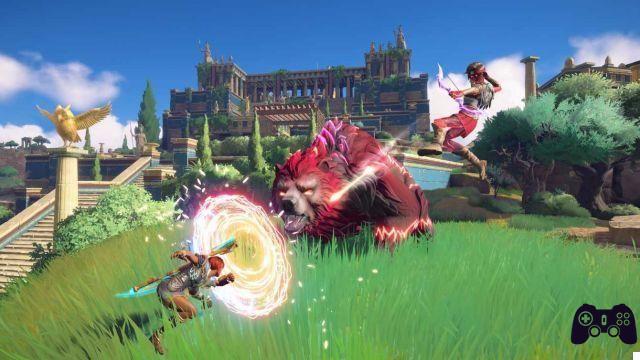 If speed of movement is important, speed in climbing is equally so. The Immortals Fenyx Rising map is full of hills that feature interesting spots on top. Here then becomes Ascensional Leap fundamental.

Anyone who has played The Legend of Zelda: Breath of The Wild will not struggle to understand what we are talking about, since this maneuver is present in the Nintendo game. By pressing the button to jump while climbing, you can perform a little leap on the wall. By chaining this skill several times it will be possible to climb walls in much less time, without using extra stamina.

Let's complete the triptych of skills that increase movement speed. After speed in flight and speed in climbing, here's the one for swimming. There isn't much to say to describe this skill as the name speaks for itself. Shooting a Swimming does exactly what it says, which is one shot while you are swimming in the water.

Unlocking these three skills allows you to increase the pace of the game. Immortals Fenyx Rising is a pretty dynamic title in itself, but this way you can make it even faster. By acquiring this kind of skill from the beginning you will be able to minimize downtime, which may be frustrating for some of you. 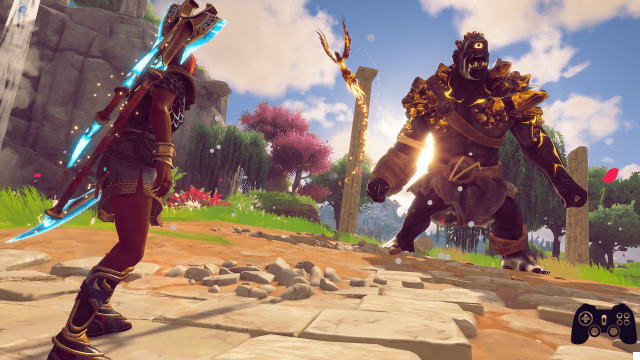 Now let's move on to a skill that can save your life in combat. The base protagonist is able to repeat the dodge three consecutive times. Thanks to Improved Dodging you will be able to chain up to five consecutive dodges.

The more you progress in the game and dive into the more unexplored areas of the map, the more the enemies will be numerous and dangerous. So having the ability to perform several dodges in a short time can make the difference between victory and defeat, so don't underestimate Improved Dodge in any way.

We've come to the last skill on our list. In this case we are talking about something that is really interesting for the collection of materials. We remind you that Immortals Fenyx Rising presents a quantity of objects to be collected including food, resources and much more. Something that can help you gather more resources in less time is revealed then fundamental in the long run.

And it is precisely for this reason that we recommend Telekinetic Collection as a fifth skill. Thanks to Telekinetic Collection you will automatically collect an extra item in addition to the one you have collected. It is evident how the collection of resources is speeded up enormously in this way, so we advise you to give it a chance. 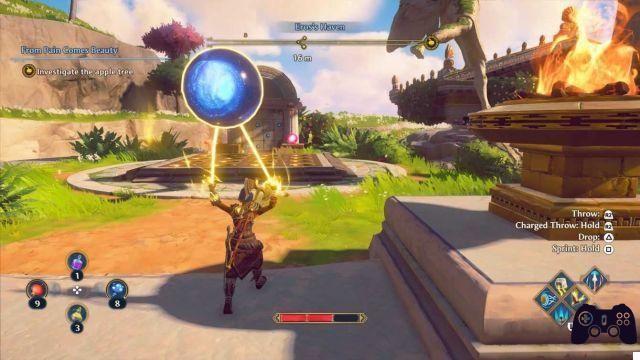 Here ends our guide on the skills to unlock first in Immortals Fenyx Rising. As we had anticipated there are no dedicated combat skills. We believe that the exploratory component is the most important and increasing the pleasure of the latter makes the game even more fun. On the pages of our site you will find broad coverage on the title Ubisoft with other guides, such as the guide to the best weapons or tips and tricks for those who may have just started the adventure. We just have to invite you to follow us on Holygamerz for all the news from the world of video games and more!