In this special event of our guide, we will explain how to unlock all the characters of Super Smash Bros. Ultimate

In our guide, we have dedicated ourselves to many characters but we have never elaborated on how to unlock the roster of Super Smash Bros. Ultimate. This time we will be faster, for two reasons: the first is that if you have followed the sixteen episodes published so far in our guide you should already know how to handle most of the eight initial fighters (Mario, Donkey Kong, Link, Samus, Yoshi, Kirby, Fox and Pikachu), while the second provides three different methods to expand the roster of fighters at your disposal. We explain better what they consist of in the following paragraphs. 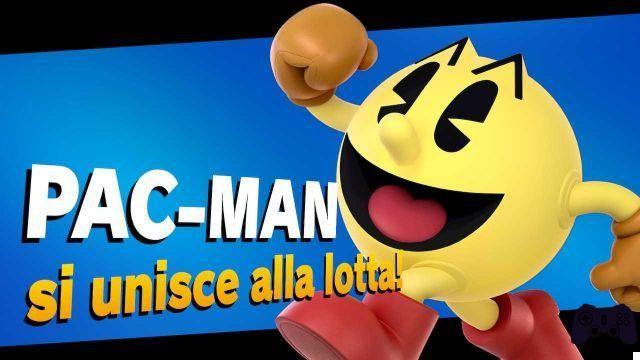 Three ways to go on an adventure

In the guide we have alluded to the various menus several times, as we happened to do it talking about the events of the weekend, but know that to unlock the characters of Super Smash Bros. Ultimate there are three different ways. Let's start with what, for spoiler reasons, we will not cover here today: playing the adventure mode, The star of hope, present in the menu Spirits (the one in green). In this mode it is possible to find many themed clashes, with which the cast of the game is precisely "possessed" by the collectible spirits in the game. The adventure will begin with Kirby as the only playable character.

However, continuing the adventure, between one themed battle and the other there will also be fights with real fighters, including Mii Warriors. By doing so, not only will you get the characters in the adventure mode (and the predefined variants for the aforementioned Mii), but - in a similar way to The Subspace Emissary, Brawl adventure - you will have them available also in the rest of the game. If, on the other hand, you opt for the methods that we are going to illustrate below, you will have the characters everywhere except in the adventure mode (again, as in Brawl). 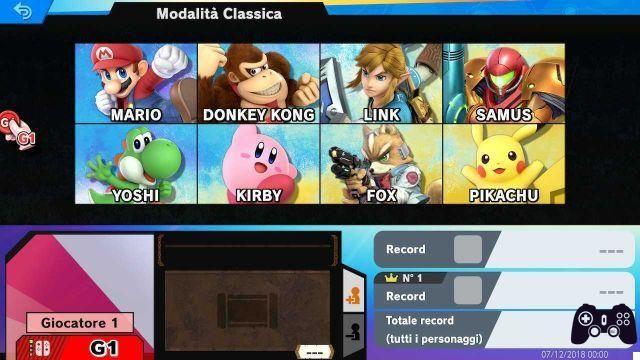 The menu blue, Games and more, contains the single player mode: the Classic mode, which unlike its counterparts in past chapters (for some characters as well as others) will allow you to enjoy first-rate quotes as you set out to unlock the cast of Super Smash Bros. Ultimate. Normally it is one arcade climbing as we have seen so many, but in this case the game is not limited to returning to the origins with a fixed order of encounters. Each character has his or her own series of encounters exclusive to him or her, driven by a fundamental theme that makes each path a small adventure.

Based on the initial character you choose, at the end of the mode (we talk about about half an hour, if not less) another fighter will challenge you to a duel. The game doesn't say this outright, but you can actually prioritize a specific character if you know "where" to look. The trick is this: use one character to unlock another, and use the newly acquired fighter to spawn another. Keep in mind which fighter you will face he won't take it easy. That said, we show you with a list of "chains" who brings up which other fighters. 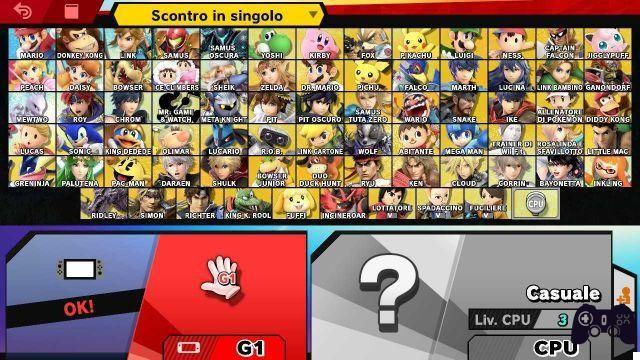 The other way, more "caciarone" if you want, to unlock the characters of Super Smash Bros. Ultimate is the menu in red: the Melee. Here you can set the rules you prefer for each battle, then choose the arena and finally the character to use in the next meeting. Let's talk about the "caciarone" method because it is actually the cumulative time past play which determines which fighters appear, and the latter are separated from each other by a playing time of at least ten minutes. This means that the last unlockable character, which in the case of this method is Palutena, requires that you have spent ten hours and twenty minutes in the ring, uploads excluded. Once the criteria are met, we will have to defeat in battle each character. 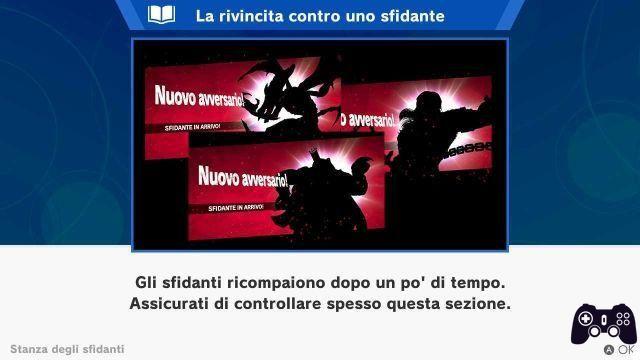 What if the fighter were to defeat me?

No fear! In past games it was enough to replicate the conditions for the challenger to appear, but in Ultimate Masahiro Sakurai added a small shortcut. Room of the challengers it will appear from time to time in the Games and More menu, selecting the last opponent you lost against (or, if you have had more than one character, choosing a random opponent) and putting him against you. Before facing the fighter in question, however, you will have the whole at your disposal character selection screen to decide which is the most suitable to prevail against the opponent.

Of course, we have not said anything about the DLC characters described in the fifteenth, sixteenth and future seventeenth part of the guide because they are fighters who are "unlocked" by paying with hard cash on Nintendo eShop. In other words, therefore, to make yours the Piranha Plant (separate), Joker, the Hero, Banjo and Kazooie, Terry, Byleth (Fighters Pass), Min Min, Steve, Sephiroth and whoever the last three are still not announced ( Fighters Pass 2), the only thing you'll have to come to terms with is your savings. However, you can read the episodes we are talking about to get an idea of ​​which of them can intrigue you the most.

That's all for today too: how are you finding yourselves so far? Please let us know by leaving us a comment below, and don't forget to stay on Holygamerz to not miss any news from the videogame world and beyond.

How to Unlock All Minigames in WarioWare: Get it Together! ❯

Star Wars Squadrons: here is the list of trophies

Add a comment from How to unlock Super Smash Bros. Ultimate characters