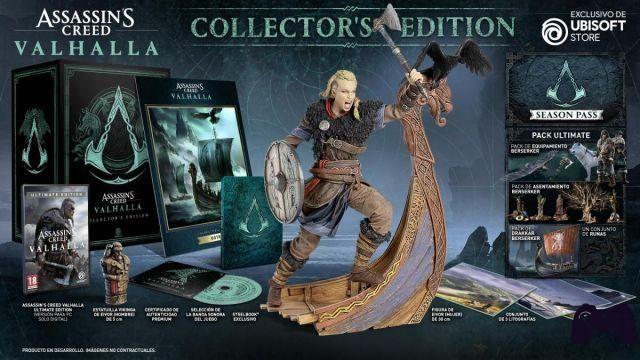 As already happened in the two previous chapters, also on Assassin's Creed: Valhalla there is a legendary armor set, this time belonging to the Norse god of lightning Thor. This is the strongest armor set in the game, so getting it won't be that easy and straightforward. In today's guide we will therefore show you the steps to follow to get all the parts of the equipment and get the scope Mjolnir, Namely Thor's hammer.

It is advisable to have finished the main campaign, as the level of the enemies that will have to be faced is much higher than that of the bosses of the story.

For more information on the game, I refer you to our complete guide:

The first step to get the set is to defeat the three daughters of Lerion, that is of the witches who are in specific points of the map. By killing them you will get swords, necessary to be able to move forward, as well as the first pieces of armor. Defeating one will also unlock the bronze trophy "Hunting for witches".

Goneril - Location and how to beat it 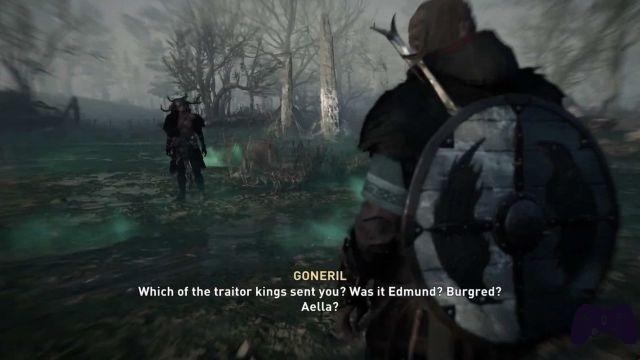 Goneril it is capable of multiplying and disappearing, so it will be necessary to be quick to attack but also to dodge, as with a few hits you would risk dying. Our advice is to focus on defense and strike in the short time it is exposed, even if that will take some time. For those who are skilled in combat, you can also try to parry his blows, but since this is a risk it is not very recommended as a strategy.


Once beaten, you will get Thor's boots and Sword of Goneril, as well as a ration.

Regan - Location and how to beat it 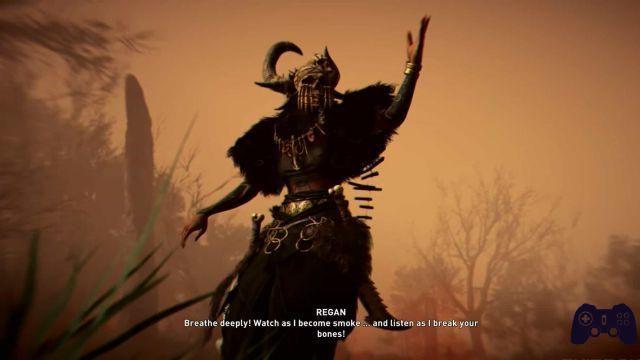 For Regan what was said before is valid, as its moveset is very similar to that of its sister. So concentrate on the defense and attack when possible, paying attention to his attacks. From mid-life on, however, things will get complicated, as he will add the fire element to his moves. Attacks in this version will be very difficult to dodge, so focus on the attack this time to take it out as quickly as possible. If you get hit, roll on the ground and return to attack, this way you will be able to win.

At the end of the battle you will get theThor's armor Sword of Regan and again a ration.

Cordelia - Location and how to beat her 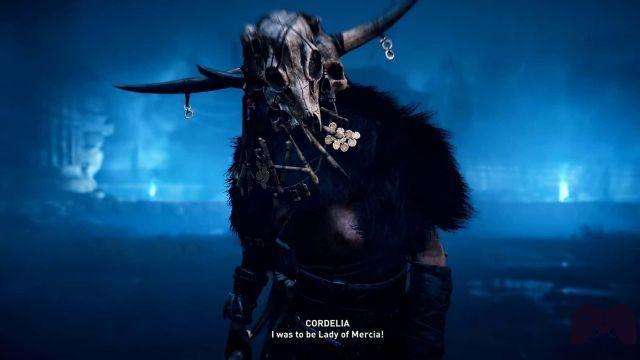 Probably the strongest of the three, Cordelia she is endowed with tremendous speed and strength, and her attacks will be permeated with electricity. The strategy always remains the same, with the added advice of parrying normal attacks to do more damage. When she starts using electricity, Cordelia will teleport behind you, so you'll have to dodge as fast as possible, paying attention to your stamina.


After winning the match, you will get the Thor bracelets Sword of Cordelia and another ration. 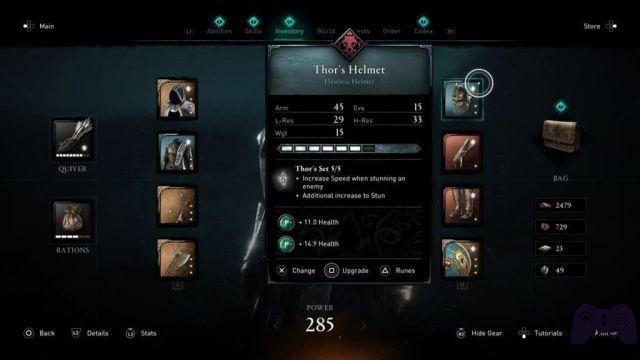 Now that you have obtained the swords of the three daughters of Lerion, go to the place marked on the map and enter the small ruined church to reach the dungeons. The path inside them is as follows:


At this point it will be necessary to insert the three swords in the statue, which will crumble freeing a secret passage. Go down the stairs and go through the corridor to reach a treasure chest inside which you will find theHelmet of Thor. Along with it you will also unlock the silver trophy "Divine reward".

3 - Members of the Order of the Ancients

It is certainly the longest step to take as it will be necessary to find and kill all 45 members of theOrder of the Ancients. Among them, the 15 Zealots they will move around the map, so you will have to intercept them, while the 30 PAVEMENTS they will have fixed positions. Killing them all will also get you the gold trophy "The Disorder of the Ancients". To try to facilitate you as much as possible, we refer you to the following video:

After killing them all, go to Ravensthorpe and deliver all Order medals a Hytham to get the Thor's cloak, the latest element of the legendary set. 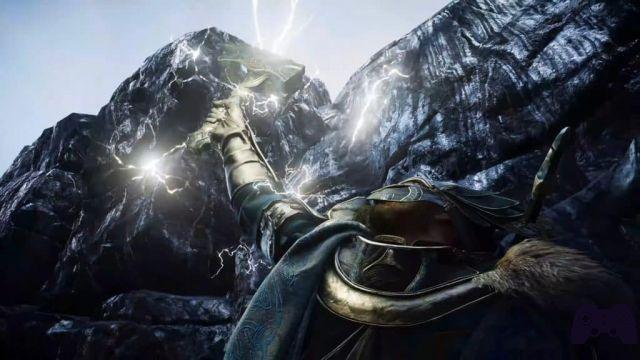 In order to get the much coveted Mjolnir you must have completed the main story, as the area in which it is located will be unlocked only at its end.

Once all the conditions are met, go to the point indicated above on the map and put on the entire Thor set (boots, armor, bracelets, helmet and cloak). Once you reach the designated place, walk along the cove until you reach the hammer, which you can now extract. After the short cut-scene you will earn the bronze trophy "Smartella everything".

Do you want to be a video game expert and know all the tricks, guides and reviews for your video games ? Holygamerz.com is a group of video game fanatics who want to inform you about the best tricks, guides and tips. We offer you the best information to be a reference in gaming, so here you can find guides, tricks, secrets and tips so you can enjoy your games to the fullest. Are you ready to get all the achievements of that game that you resist so much? Enter now and enjoy your favorite video game to the fullest!
News + Twitch removes the famous Pogchamp emote ❯

Fortnite x Star Wars, the challenges and rewards of the crossover event

Fortnite: the challenges of week 6 of Season 7

Fortnite: Season 9 Week 5, here are all the weekly challenges

Add a comment from Guides How to get the Thor and Mjolnir set - Assassin's Creed: Valhalla