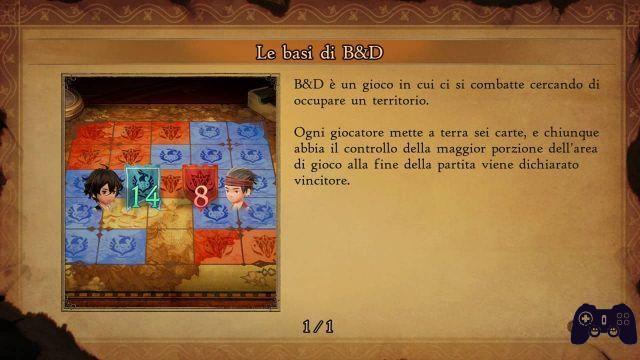 Each title of Bravely Default has its own distinctive minigame, and Bravely Default II, in particular, offers the cute B&D card game. Since it will be necessary to continue with some side missions, you should know more to understand what it is.

This guide will remain and will be updated in the next day so please save it in your favorites. For more information on the title, consult ours complete guide.

In B&D you will use a deck consisting of 6 cards and you will have to conquer as many boxes as possible on a map. The player with the most squares wins the game. If you win, you can buy cards from your opponent's deck using a specific currency. 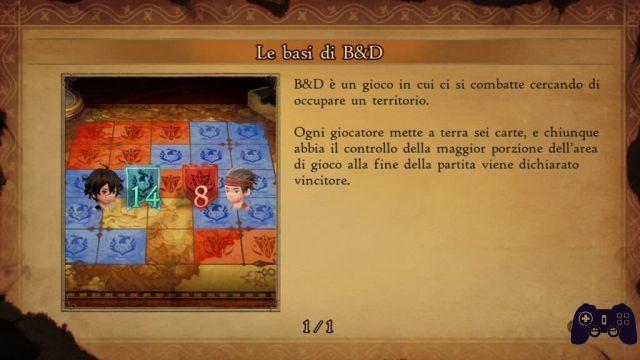 This means that, by taking on him multiple times, you can basically build his entire deck if you want. This mechanic is very important, as it is necessary to complete the mission that unlocks the optional class of Gambler.

Structure of a match

A B&D match will always be divided into four phases:

A win will earn you two rewards: points and opposing cards.

The points will be calculated based on the player's rank and the rules applied, while the cards won will be decided by the number of points available.

There are various effects that the cards will give to a territory, useful for increasing your chances of victory or decreasing those of the opponents. These are of two types:

Learn the basic rules, all you have to do is jump into the game and try to win!

It is not possible to win in any type of game without knowing the meaning of the terms used.

Having learned the terms of the game, it remains to understand how to create a noteworthy game deck, since it will be with what you will have to play.

The main advice is to obviously adapt to the rules of the game and to choose only a Character Card not present on the field and with a permanent effect.


You can allocate the other five cards to the monsters that will occupy the territories, bringing you a Class Card if possible to enhance a certain family of monsters.

Some Character Cards, recognizable by the medal present on the card, have a permanent effect that affects the entire playing field.

Since by regulation there can only be one permanent effect on the field, remember to play them after your opponent to override its effect and make yours prevail.

Also, neutralizing cards with a powerful permanent effect will be the top priority to ensure victory. 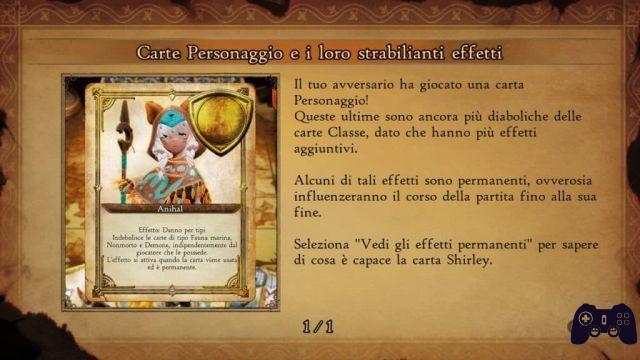 It will be possible to conquer the opposing territories encircling them vertically, horizontally and diagonally. Use this technique to put the opponent's territory in the middle of yours and take it.

Also, always aim at the corners of the board and never at the center, as doing so is easier to make encirclings a few turns later.

Learn the rules of the game, all that remains is to find worthy opponents, so let's see in which ones places go and look for them.

We are still looking for all the opponents, so the table will be updated as we go.

Do you want to be a video game expert and know all the tricks, guides and reviews for your video games ? Holygamerz.com is a group of video game fanatics who want to inform you about the best tricks, guides and tips. We offer you the best information to be a reference in gaming, so here you can find guides, tricks, secrets and tips so you can enjoy your games to the fullest. Are you ready to get all the achievements of that game that you resist so much? Enter now and enjoy your favorite video game to the fullest!
The Guided Fate Paradox Review ❯

Pokémon GO Guides - The Week of the Megacompanion Challenge