Genshin Impact: how to get Diluc

In our short guide on Genshin Impact we will explain how to get Diluc, one of the eight five stars currently available in the title of miHoYo

From a timid free-to-play gatcha experiment on consoles to a worldwide success: the steps of Genshin Impact were very fast and just as deserved. We talked about it in a dedicated article, which we preferred to define Non-Review due to the continuously developing nature of the title, but we find ourselves once again underlining how much miHoYo has been able to hit all the right points for the creation of a title successfull. Accompanying the quality, there is also a certain "addictive" factor that all comes from the gacha components. In the game you can collect different types of materials which can then be exchanged in the shop instead of real money. Materials that can generally be obtained by completing missions and logging into the game on a daily basis. In this article, we want to explain how you can get one of the most wanted characters in the entire game: Dilute

The noble of fire

Before discovering how to get Diluc, we remind you that here on Holygamerz you will find a long list of guides dedicated to Genshin Impact. Starting, for example, from how to quickly increase the Adventure Rank and how to quickly level up, to move on to how to play in two players, how to unlock new characters, how to get Primogems, our guide to the Ascension of the various characters, the guide to artifacts and tips and tricks to start playing. That said, let's start, with some bad news: how to get Diluc non Genshin Impact is definitely not easy.

Dawn Winery - Genshin Impact: how to get Diluc

First of all, who is Diluc? Basically he is one of the strongest playable characters in the miHoYo title, to be precise, a five-star element of fire, also considered one of the best in the entire game. Diluc is the owner of the Dawn Winery, as well as being an esteemed noble in Mondstadt society. Despite his apathetic and indifferent appearance, Diluc is actually very attached to the fate of the city and is also the protector of the streets at night. Indeed, the noble is the one who hides behind the mask of the Darknhight Hero.

Obtaining Diluc in Genshin Impact is quite difficult since it is not possible to do this through traditional methods such as completing history-related or open-world missions. The only way to unlock him as a playable character is totally based on sheer luck. Diluc is in fact part of the pool of characters that can be fish in Genshin Impact, through the Acquaint and the Intertwined Fates, the "coin" of the game to make the draws of the characters, certainly not so easy to obtain if we remain in the "in-game" methods. 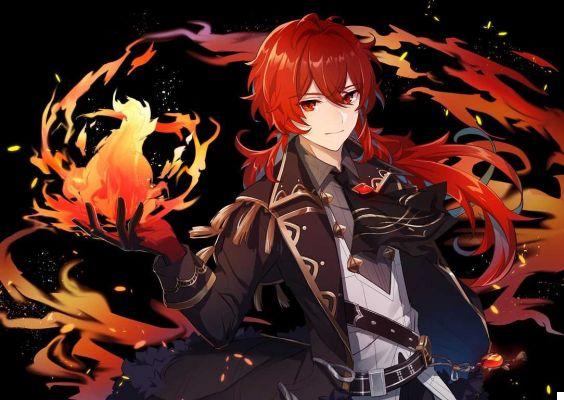 Using the Fates will give you a chance of the 0.6% of obtaining Diluc from a peach. You will therefore understand that if you want to catch it in a reasonable time, the simplest thing to do is to buy the Fates with real money. If, on the other hand, you are a player who does not want to spend money on Genshin Impact, the road will be much longer and more difficult. The noble of fire is definitely one of the rarest characters in the game, testifying to the extreme power that you will acquire if you manage, by sheer luck, to obtain it. Get ready to fish, in short! 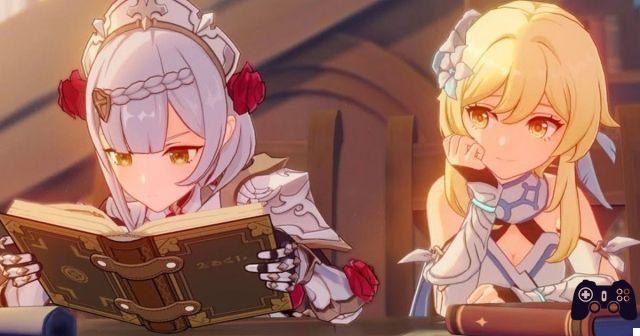 And here is where our guide on how to get Diluc in Genshin Impact ends. What do you think of the miHoYo title? Are you still playing it? Write it to us below in the comments, we will continue to keep you updated with all the news, guides and reviews on videogame and tech! And if you are interested in game keys at affordable prices, we recommend that you take a look at the InstantGaming catalog!

When is Diluc Genshin Impact coming back?

It is expected to be published in the latter half of the year two thousand twenty-one at least.
The Diluc banner is expected to be released no earlier than the end of two thousand twenty-one.
This prediction continues the pattern of updating Genshin and the fact that larger and newer character banners such as Xiao and Keqing will soon be released.

What is the probability of obtaining Diluc?

To get Diluc in particular, players must qualify for this 0.
6 percent chance and then be fortunate enough to get it instead of another free five-star reward in the banner.
7 dec two thousand twenty

How much does Diluc cost?
What are Diluc's talents?

Diluc's Talents Descending Attack: Launches from the air to hit the ground, damaging opponents along the way and also producing Area Damage at the instant of impact.
Delivers a face-first sword strike that deals Pyro damage.
This ability can be used three times in succession.
2 ago two thousand twenty-one

Genshin Impact: how to get Primogems ❯

add a comment of Genshin Impact: how to get Diluc