Are you struggling with the FUT of FIFA 20, but do not know which striker to complete the team with? Great, then don't miss our guide on the best forwards in the game

In this quarantine period we are ready to bet that you will be slaughtering yourself of FIFA online with friends (and not), right? Well, if you started the mode to kill time FUT or Career Mode you will surely be looking for the best forwards, and we are here to show you!

This football-free period is proving tougher than expected, but luckily FIFA 20 is running to our rescue. If you are on the hunt for the best strikers for your team in FIFA 20, then you have come to the right place. We have selected for you a list of the best players based on their overall, to terrify the opposing defenses and lead you to raise the cup with big ears.

Let's start this list of the best FIFA 20 strikers with the strongest striker in the game and, arguably, history: Lionel Messi. The Argentinian striker of Barcelona has an overall score of 94, and shows a fairly complete profile except for the physique, which proves to be its weakest feature. Without a doubt, if you need a right winger to complete your attack, Messi is the best choice. 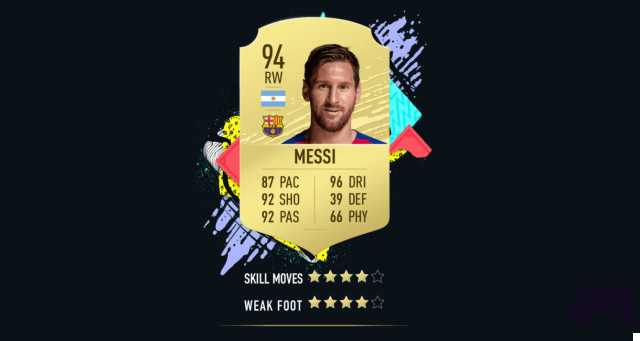 On the lower step we find CR7, eternal rival of Messi in the challenge for the golden ball. The Juventus striker with 93 overall he finished in second place among the attackers, showing himself extremely fast and very strong both physically and in his head shots. Very precise with both his favorite and weak foot, Cristiano Ronaldo confirms himself as the strongest point of the game, as well as an excellent resource on set pieces. 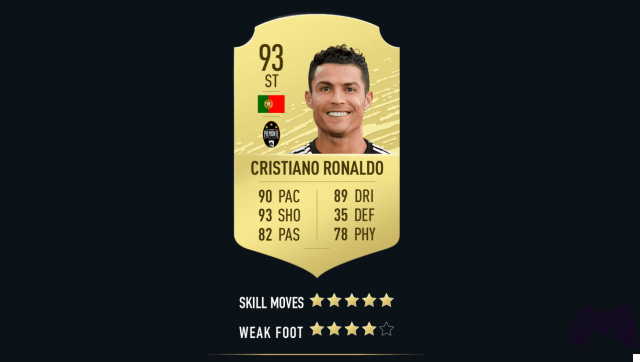 Considered one of the strongest players in the world, as well as a great tightrope walker, Neymar ranks third on our list and first among the left wings of the game. With a overall of 92, the Paris Saint-Germain striker is fast, very strong in dribbling and quite precise in finishing. Very strong even with weak feet, it could prove to be the ideal for those who prefer a quick game on the flanks with many crosses. 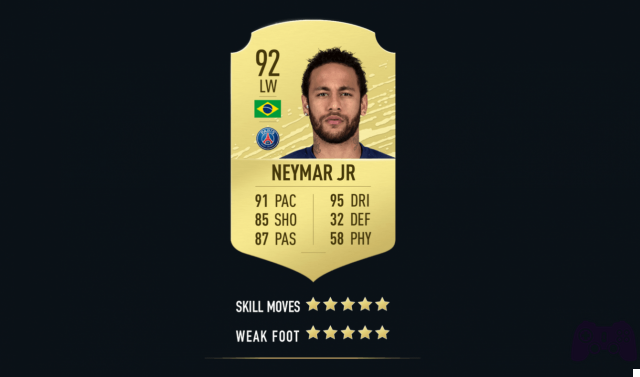 Hazard was one of the protagonists of the last transfer window, with his passage from Chelsea to Real Madrid. Current testimonial of the game, Hazard turns out to be one of the strongest left wings, unleashing great speed and an excellent dribbling score. Sacrificing a little distance shots, you can opt for a more physical alternative to Neymar, while still aiming for a great champion. 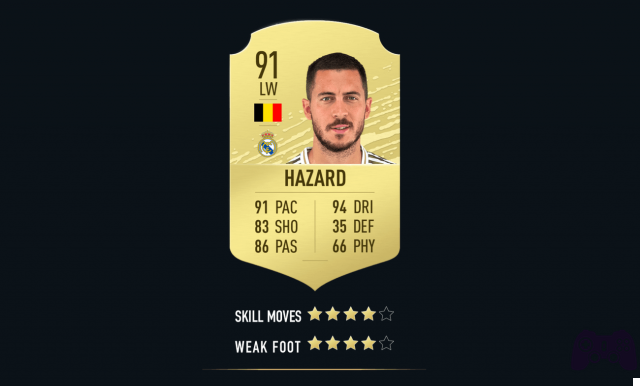 Change of face. Let's go back to the right flank with one of the strongest players of recent years. Momo Salah, after his brief excursus in Italy, he moved to Liverpool where in a couple of years he won the Champions League. Very fast, strong in crosses and an excellent finalizer, with an overall of 90 Salah has nothing to envy to Messi in that department, especially if we want to opt for a more physical player at the expense of dribbling. 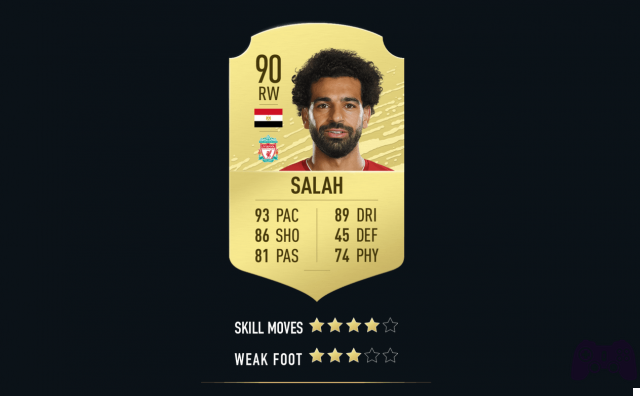 The ninja turtle, one of the most promising youngsters of recent years and an immovable starter in the ranks of PSG, as well as world champion. Kylian Mbappé, despite the overall 89, is the fastest striker in the game and one of the best in dribbling. If you are looking for a less physical alternative to Cristino Ronaldo, but much faster, Mbappé is the ideal player to split the opponent's defenses in two. 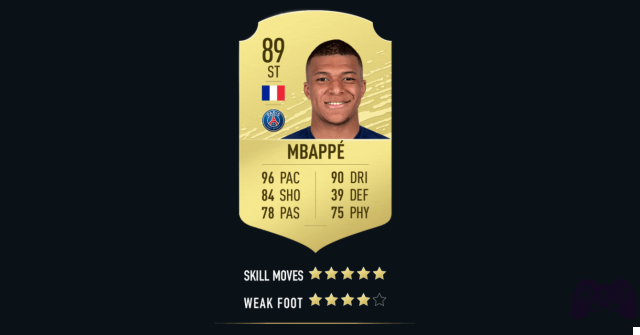 One of the strikers with the best goal average over the years. Promised at the time of Atletico Madrid, maintained and then confirmed over the years at Manchester City, Agüero proves to be an incredible finalizer, as precise from long distance as he is cold in front of goal. Not very fast, nor too strong in body, with his overall 89 Agüero proves to be an excellent first striker if you want to save a little bit in credits compared to Ronaldo or Mbappé. 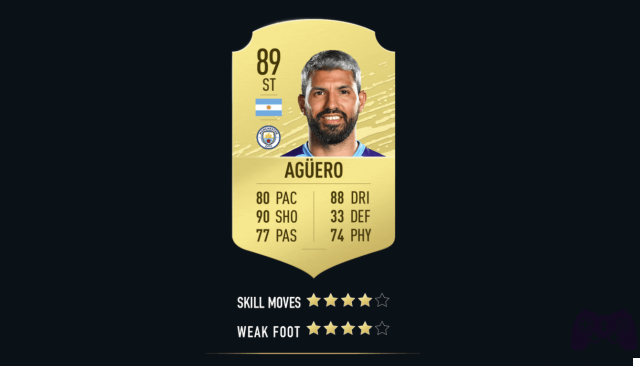 To the controversies arising from his passage, in the 2014/2015 season, from Borussia Dortmund to rivals Bayern Munich, Robert Lewandoski immediately responded to the sound of goals. Always in the top 10 of the scorers and every year in the race to win the golden shoe, also in FIFA 20 Lewandoski proves to be one of the best strikers. Just as Agüero does not prove to be very fast, but on the contrary is endowed with good physical endurance and an excellent score in the finalization. 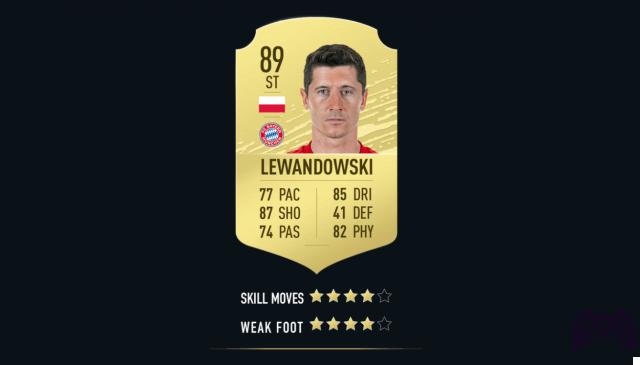 The Tottenham hurricane, the club's top scorer in years and third scorer in their history. Despite the distance from the pitch due to a bad injury, his lethality in front of goal and his shooting power make him one of the best strikers in the most famous football simulator in the world. Definitely slow and not the best in the passages, Kane turns out to be, along with Messi and Ronaldo, the best finalizer of the game, as well as one of the most physical players. Great for those who prefer to aim for the goal from a distance. 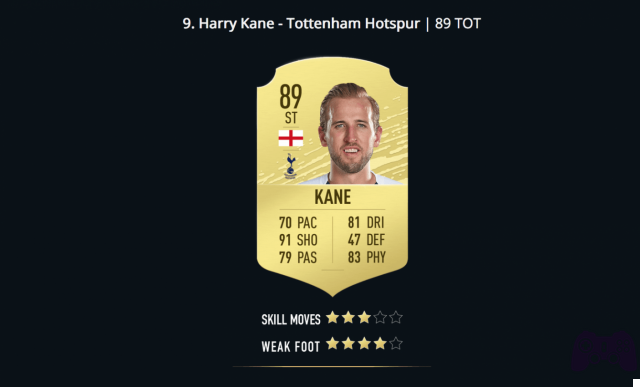 Griezmann is the only second striker on our list and the strongest in the game. Well balanced, equipped with good finishing and excellent in dribbling, Griezmann turns out to be a winning choice in the modules with a second point to be placed next to the diamond point. Good both in setting and in shooting from a distance, the French gem proves to be versatile and, on some occasions, really lethal. 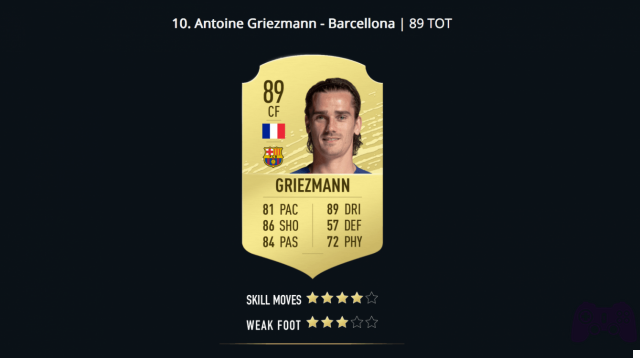 Well friends, have you already chosen the right forward for you? After this guide on best forwards of FIFA 20 you should have completed your team as best you can to destroy your opponents by scoring. Please let us know in the comments if we have forgotten anyone or if you have any alternatives to offer us, and don't forget to stay updated on Holygamerz for more news, guides and much more on the world of video games. Bye!

add a comment from FIFA 20: Best Forwards for FUT and Career Mode