We conclude the series of guides on the strongest players of FIFA 20 to complete your team in FUT and in Career mode with the best defenders, to make your defenses impenetrable

Bad, solid and impenetrable defenders are the last resort, those who they protect the result and put a patch on the mistakes of their companions. The central defender he is the one who is not afraid of the referee or the opponents, he only thinks about protecting the goal; the quarterback it is the indefatigable who does the dirty work. In the center or on the wing, defenders are your most valuable asset, and today we want to show you the strongest.

The opponents change, the shins don't

A quote says: if the central defender's team is winning, the balls that arrive near the area must be thrown to the fourth floor of the building opposite. If the center-back's team is losing, he too is tasked with making things right with his header in the 90th minute. To help you make your door a closed shutter, today we are here to offer you the best defenders of FIFA 20 for FUT and Career mode. 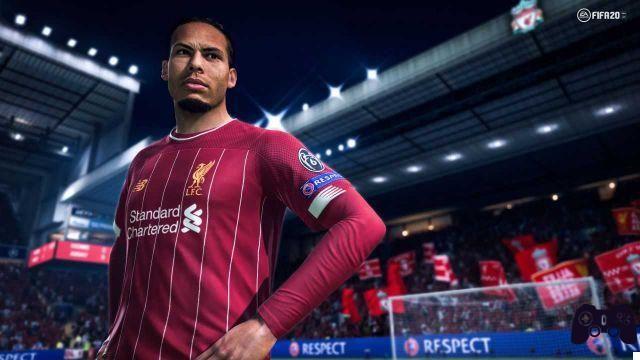 Considered the best defender in the world, winner of the Champions League in 2019 with Liverpool and named Premier League Player of the Year and UEFA Player of the Year. Virgil Van Dijk is a rock, unsurpassed in one on one, excellent in positioning and strong in the head. With an overall of 90, turns out to be quite fast as well as physically strong, placing himself in the undisputed first place among the best defenders of FIFA 20. 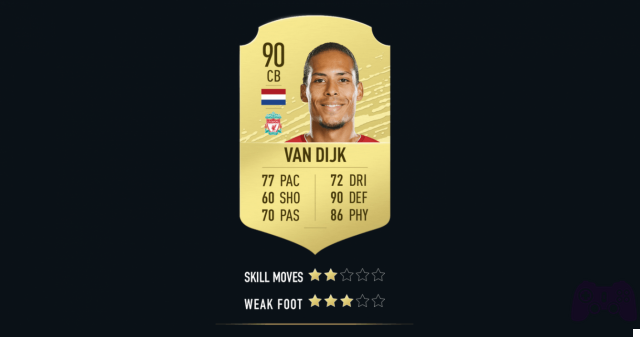 Sergio Ramos is simply considered to be one of the best defenders ever. Although many may find him unpleasant or incorrect (the huge number of cards accumulated over the years speak for them) his talent is certainly beyond doubt. As in reality, Ramos is also one of the best defenders around in FIFA 20. With a total overall of 89 Ramos is physically strong, difficult to overcome in defense and also good in passing. In addition to defense, this player proves destructive in his head shots, revealing himself to be a precious resource to bring home the result in the Cesarini area. 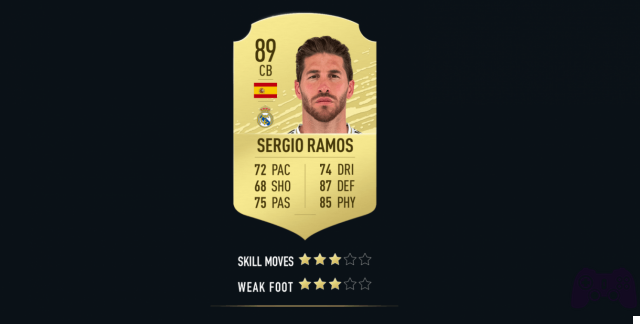 Despite the bad injury that forced him off the pitch for several months, Giorgio Chiellini he is undoubtedly among the strongest defenders. Flag of Juventus and protector of the Juventus goal for years, Chiellini is considered one of the best defenders of this decade. Bad, strong in one on one and no frills, this defender has the highest score in defense alongside Van Dijk. With an overall of 89, Chiellini shows himself to be a fundamental resource at the center of the defense that is unlikely to disappoint expectations. 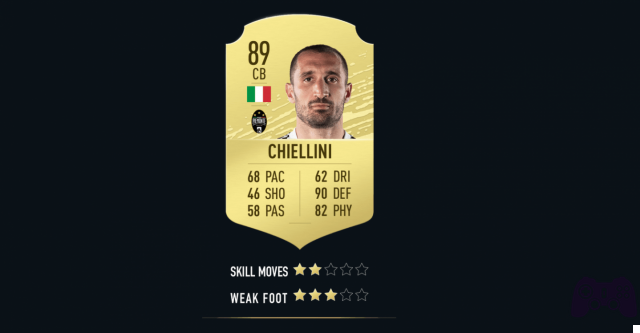 The Senegalese defender of Napoli, despite the bad year of the team, has always shown himself a great choice and an immovable holder even after the various changes on the bench of the Neapolitan team. Confirmed at the top among the central defenders in the world, Koulibaly in FIFA 20 sports (deservedly) an overall of 89. Faster and physically stronger than Chiellini, this player proves to be very strong shoulder to shoulder and in recoveries, but less strong in the one against one of the Juventus defender. In any case, Koulibaly proves to be an excellent choice to complete your defense.

We go down a step on the podium of the best defenders in the game, to find the ones with overall 88. First of all Gerard Piqué, historical central defender of Barcelona and immovable owner despite the numerous changes of manager of the blaugrana. For years one of the strongest defenders in the world, the Spanish defender proves to be fairly strong physically, in the head shots and a decent "backward playmaker" with a good score in the passes. However Piqué turns out to be rather slow, so watch out for pairing him with a more capable defender in recoveries. 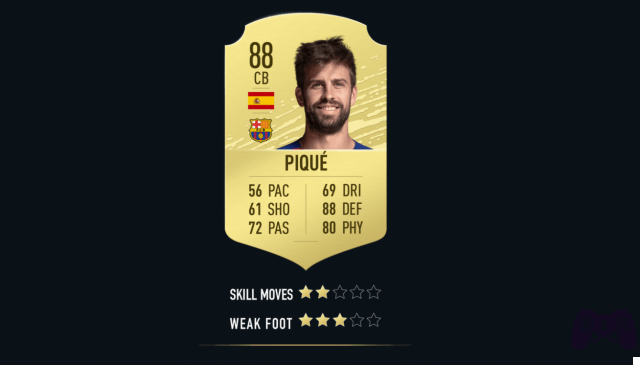 One of the contributors to the rebirth of Inter with his passage from Atletico Madrid in the last summer transfer session. Godin, a veteran among the best defenders in the world, despite his age still proves capable of protecting the door with the sword. Tall and mighty, this player proves himself very strong in one on one and quite good in head shots. A great choice for anyone looking for a strong defender without spending too many credits. 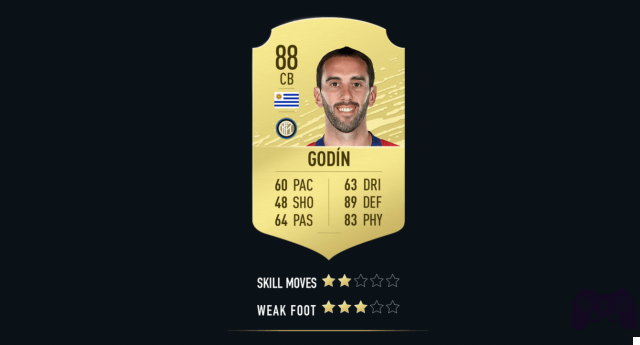 We go down another step and find the first and only full-back on our list. The Barcelona defender has been giving away devastating percussion and winning overlaps for years, earning him the adjective of best left-back in the world. With 87 overall, even in FIFA Jordi Alba proves to be the strongest full-back in the game alongside Kimmich (on the right). Fast as light, excellent in dribbling and passing and discreet in the defensive phase, Jordi Alba cannot miss in your defense if you aim for the stars. 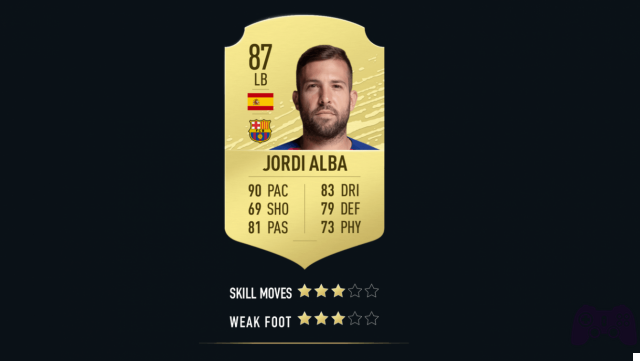 Recently returned (for the umpteenth time) to Borussia Dortmund, leaving Bayern Munich, Mats Hummels over the years it has established itself as one of the best sensors around. One of the immovable players of Lowe's German national team, Hummels played a leading role in winning the 2014 World Cup, proving to be a true leader. In his 87 overall this defender is extremely balanced, not bad physically and good in passing. The right choice alongside another absolute top to protect the result. 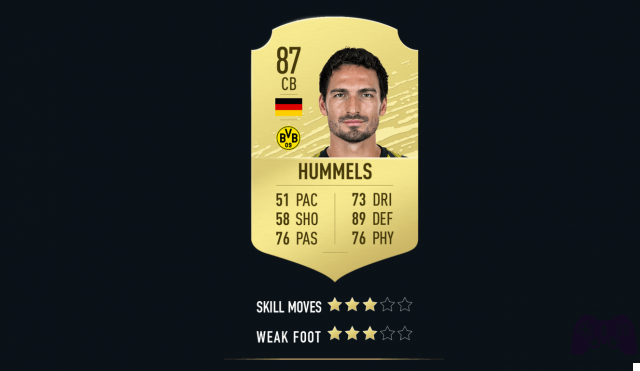 A coach on the pitch

At the end of this guide on best defenders of FIFA 20, let's make a brief summary of the names in this list:

Well friends, these were the top of the defensive department present in FIFA. We hope we have made it easier for you to choose the best defenders for your team, and as always if you have any names to suggest or just want to let us know your choices we invite you to comment. I recommend you stay connected on Holygamerz for further news, updates and much more on the world of video games and more. Bye!

Do you want to be a video game expert and know all the tricks, guides and reviews for your video games ? Holygamerz.com is a group of video game fanatics who want to inform you about the best tricks, guides and tips. We offer you the best information to be a reference in gaming, so here you can find guides, tricks, secrets and tips so you can enjoy your games to the fullest. Are you ready to get all the achievements of that game that you resist so much? Enter now and enjoy your favorite video game to the fullest!
FIFA 20: best modules, tactics and player instructions ❯

Fortnite: complete guide to the challenges of week 9 | Season 7

Control: solution of the room of Luck and Probability

Astral Chain: how to overcome sequences in motion | Guide

Add a comment from FIFA 20: Best Defenders for FUT and Career Mode