Disintegration: how to beat a Thunderkiller

The Tuonokiller is a very menacing enemy of Disintegration that will give you a hard time, in this guide you will find out how you can beat it.

Disintegration confronts us with multiple threats of all kinds. The most common enemies are the white-colored soldiers, a danger only for the first moments of the game, gradually becoming more and more meat for slaughter. Snipers are also lethal, they will remain so until the end of the game, but with a few shots they will disappear quickly, just pay attention to the red light that represents their line of fire. However, the most dangerous are almost always the big enemies, both why fresh, both because they will put you to the test. THE Tuonokiller they are among them and we in this guide tell you how you can beat them.

A name, a guarantee

You will meet the mighty enemy in the first part of the game, on this occasion beating him will unlock a challenge. In addition, he will be alone and in the role of boss of the level, one of the few in the whole story. But it does not end there, because it will return later and accompanied by other units to increase its difficulty. It therefore becomes mandatory to know each technique to break it down quickly. Let's find out now how effectively beat a Thunderkiller.

The first phase of attack - Disintegration: how to beat a Thunderkiller

This huge quadrupedal robot can attack you in only two ways. The first consists of one burst of purple strokes, which can be easily avoided by flying high or low as soon as you see them, it will take some practice, but it is not so infeasible. The second type of attack is a area damage aimed at ground units. For this there is little to do, your little allies are not so quick to avoid the blow, so try to keep them in advance behind this titan.


Even now that you understand how to avoid his blows, attack him until his life drops enough to render him temporarily helpless. However, the enemy has a lot of life points and it will take some time if passively attacked by our units or with only the Gravicycle's main fire. To make the action quicker it is possible stun the enemy by blocking his every action and weakening his defenses. Throwing a Stun Grenade you will understand that it will be weakened by the typical flashing yellow color of its body. You will then see his life bar drop rapidly. 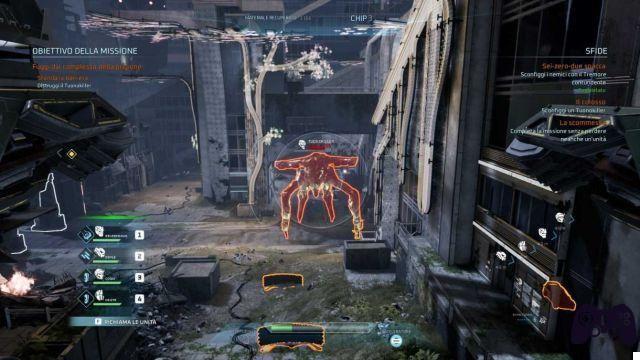 This is the right time to take it down - Disintegration: How to Beat a Thunderkiller

At this point, while the enemy is lowered and weakened, activate Scan mode with E to make its weak points more evident in red. Quickly shoot the weak points located under the front legs (under the armpit you could say). If you deal enough damage to these points, they will explode and cause the enemy to rise again. In this case, all you have to do is repeat the actions suggested previously: attack the robot until it weakens and then focus on the red weak points. With each weak point disintegrated, the enemy will finally be defeated. 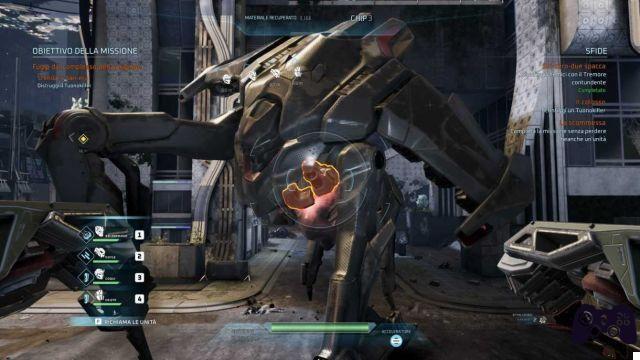 Back to the battlefield

With the information we have provided you now know some tips and tricks to start playing Disintegration. In case you have any doubts or want clarifications on this hybrid game between strategy and FPS created by V1 Interactive and published by Private Division, ask us your questions below in the comments or take a look at our other guides. The game will be available from June 16 for PC, Xbox One and PlayStation 4. In the meantime, I invite you to continue following us on Holygamerz to stay updated on the world of video games and technology.

add a comment of Disintegration: how to beat a Thunderkiller