As for difficulty, the new remake di Demon’s Souls it has nothing to envy to the original work of From Software. The game world is infested with fearsome demons and treacherous traps, but the biggest obstacle for most players is the bosses. For this reason we have decided to create one Complete guide to Demon's Souls bosses and in this new episode we will explain how to beat the immense Knight of the Tower say Boletaria.

Let's start our guide on how to beat Demon's Souls bosses talking about as usual how to prepare for the fight with the Knight of the Tower. This boss was originally one of the most renowned knights in Boletaria, but has now turned into a huge armored demon wielding a very long spear and a torrential shield. Despite his appearance suggesting otherwise, this boss possesses several weaknesses and one of them is ranged attacks.

If you have a character who specializes in using bows or spells this battle could be much easier than expected, provided you have enough resources. For this reason we suggest you before the fight stock up on arrows and MP recovery items. The amount of resources you will need varies greatly depending on the characteristics of your PC, so we cannot give you precise indications. However, if you are using a magician we can tell you that most likely you will not need too much spice, since the boss is extremely weak to magical damage. 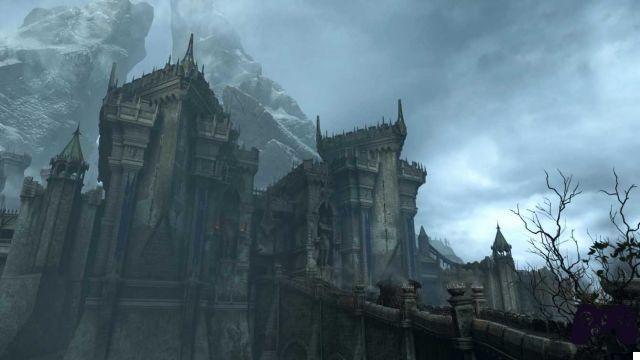 Cleaning up the area - Demon's Souls boss guide: how to beat the Knight of the Tower

The clash of the Knight of the Tower takes place inside a large square surrounded by walls, but unfortunately you don't have to deal only with the boss. In fact, several will be posted on the ramparts of the walls crossbowmen ready to further complicate the fight. For this reason, before starting the actual battle we suggest you to immediately eliminate all soldiers positioned on the walls.

As soon as you cross the fog of the boss you will find the imposing figure of the Knight of the tower in front of you, but at that moment you will simply have to ignore him. As soon as you get a chance to move, you'll need to start run to the opposite side of the arena and go up one of your stairways located to the right and left of the area. If you are quick enough the boss will not be able to hit you and you will have time to enter one of the towers surrounding the arena. As long as you are indoors no one can harm you and you will have plenty of time to heal yourself or plan your next move.

Once you are ready, all you have to do is go out on the walls and eliminate all crossbowmen one at a time. Defeating these opponents is easy enough, but you'll need to remember to watch out for the boss's ranged attacks. In fact, the Knight of the Tower is able to hurl a spiritual version of his spear at you, dealing large magical damage. Luckily if you are far from the edge of the walls the demon will not be able to strike you and you can eliminate the crossbowmen without too many impediments.

Aiming the head - Demon's Souls boss guide: how to beat the Tower Knight

After you have eliminated all the smaller enemies it will finally be time to face the Knight of the Tower. Mainly they exist two methods to kill this opponent and now we will explain the one based on ranged attacks. If you have a PC capable of shooting arrows or casting spells, we suggest you follow this tactic, otherwise you can easily move on to the next one.

As long as you stay on the walls, the Knight of the Tower he can only attack you with his magical spear. The execution of this move is very slow and during the animation iThe boss will leave his head uncovered for a few seconds, giving you enough time to hit it. Consequentially to defeat the Demon all you have to do is approach the edge of the walls, aim for the head, throw an arrow or spell during its animation, and finally dodge the attack.

The timing to perform this action varies based on the exact spot on the wall you are in, but in any case picking up the pace to not get hit will be easy enough. In case you can't hit the boss's head, don't be discouraged, you need to be very precise to be able to take advantage of this tactic and consequently it is normal not to succeed immediately. 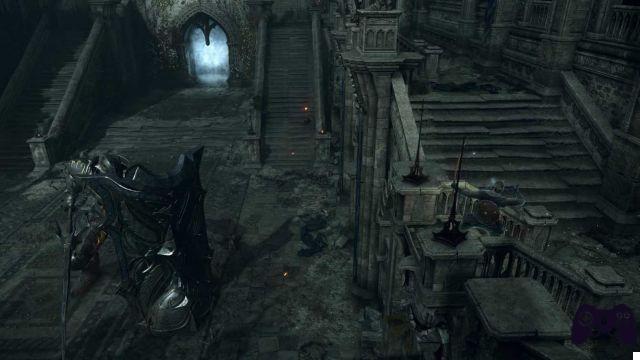 David and Goliath - Demon's Souls boss guide: how to beat the Knight of the Tower

If you have no way to attack from a distance, then there is nothing left to do but face the Knight of the Tower in a sword fight. This behemoth might seem invincible, but in reality his legs hide a big weakness. By damaging his feet enough, you can do it fall on the ground for about ten seconds, thus obtaining a golden opportunity for inflict severe head damage on him. For this reason during the fight you will have to try to always position yourself behind his ankles and hit it as much as possible before it moves. Be careful though, because if the boss does fall on you you would end up taking big damage.


Unfortunately, however, the Knight of the Tower will not spend the entire fight standing still to take damage, but obviously will try to fight back. Staying away from him is not a good idea at all since, thanks to the wide range of his weapon, it is able to hit you even from a long distance. For this reason, the best way to deal with him is to always stay as close as possible to the back of his legs. In this way he will not be able to use his spear and will be able to attack you almost exclusively with gods fairly weak pestoni.

The only thing you really need to worry about following this tactic is his Powerful area hit with the shield, as it can harm you even if you are behind it. Luckily this move is quite slow and telegraphed, so as soon as you see the Knight raise his imposing tower shield to the sky you will have plenty of time to run as far as possible. 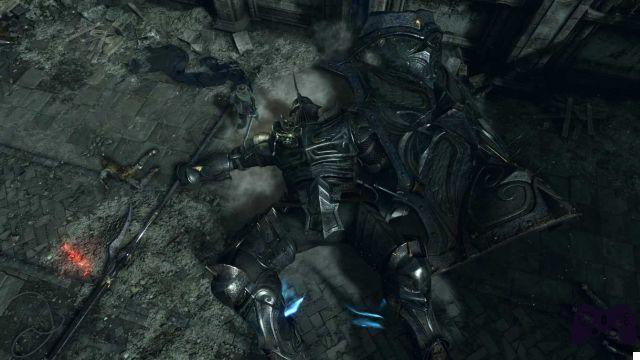 The tower has collapsed!

Facing such a large demon might scare many warriors, but thanks to our article you will have nothing to fear. If this guide on how to beat the Knight of the Tower was useful to you, we recommend you check out the other Demon's Souls boss guides on our site as well:

Animal Crossing: New Horizons, which animals to catch before the end of November

Call of Duty Warzone: How to Unlock Akimbo Weapons

Add a comment from Demon's Souls boss guide: how to beat the Knight of the Tower