As for difficulty, the new remake di Demon’s Souls it has nothing to envy to the original work of From Software. The game world is infested with fearsome demons and treacherous traps, but the biggest obstacle for most players is the bosses. For this reason we have decided to create a complete guide to the bosses of Demon's Souls and in this new episode we will explain to you how to beat the horrifying Unclean Colossus.

Let's start our umpteenth guide on how to beat Demon's Souls bosses talking about as usual how to prepare for confrontation with the Unclean Colossus. This deformed creature was born from the union of all the rubbish that has accumulated at the bottom of the Valley of Corruption. On the surface it may seem like just a clumsy pile of crap, but you mustn't forget that you are still in the presence of a terrible demon.

The Unclean Colossus, just like the Leech, is extremely weak to both physical and fire attacks. Consequently, we recommend using weapons that inflict fire damage, buffs such as turpentine or incendiary spells. Plus this boss is a lot weak even to magical damage, so if you prefer you can also use spells like Soul Ray or Soul Seeker Arrow.

In addition to weaknesses, the Unclean Colossus also shares the ability of the Leech with inflict damage on you over time. For this reason, even in this battle, we suggest you stock up on various types of healing herbs. It may also be wise to have a few on hand as well Lotus of the Noble, since in some parts of the arena there are sewage that can poison your character. 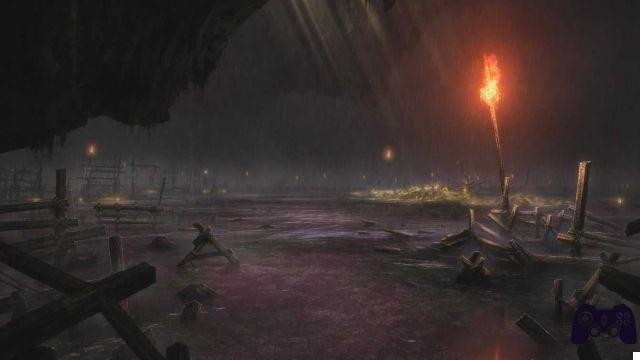 A sea of ​​bugs - Demon's Souls, guide to bosses: how to beat the Unclean Colossus

The Unclean Colossus is a creature made up solely of various garbage and dirt, so of course it is covered with hundreds of flies. Unfortunately, however, it seems that these insects have been influenced in some way by the demon's powers and have now transformed into fearsome creatures hungry for human flesh.

Since these flies are so dangerous, the boss has learned to use them as weapons and during the fight he will shoot them at you as if they were bullets. On impact, the insects won't hurt you much, but later they will continue to do damage to you for a very long time. The only way to get rid of these terrible parasites is to run straight into one of the many pyres inside the arena. This way you will take a little fire damage, but all the insects around you will be instantly charred, thus freeing you from their annoying dot.

Boss bullets aren't too complex to avoid, but you'll have to watch out for other fly traps as well. For example, sometimes the Unclean Colossus could leave the big ones around the arena insect clouds capable of autonomously shooting parasites, or of damaging you in case you pass through them. In addition the demon is also capable of performing a mighty one area attack which generates a large explosion around it, inflicting severe damage and covering you with flies. 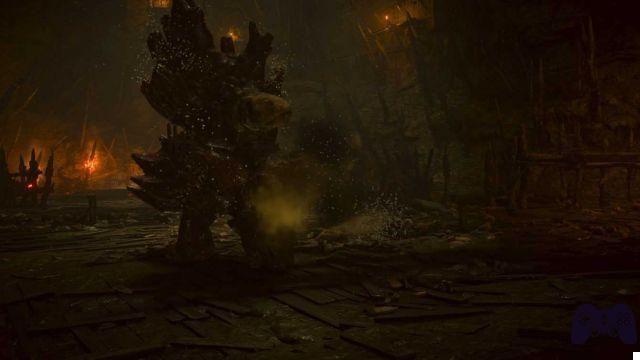 Here too, as with the Leech, the best way to get rid of this boss is to stick it directly and eliminate it as quickly as possible. This boss, however, seems to be smarter than the previous one, as he has covered himself with one rudimentary wooden armor. This armor is capable of significantly mitigating your damage but after a few hits it will shatter, so you don't have to worry much about it.

After you remove the armor the Unclean Colossus will be completely defenseless and you can finally devastate it with your attacks. Also, seeing as the boss hits are extremely slow and clumsy, as long as you are behind his back you shouldn't have any problem taking him out. Just remember to pay attention to its fly blast, as it is the only attack that can really hurt you. 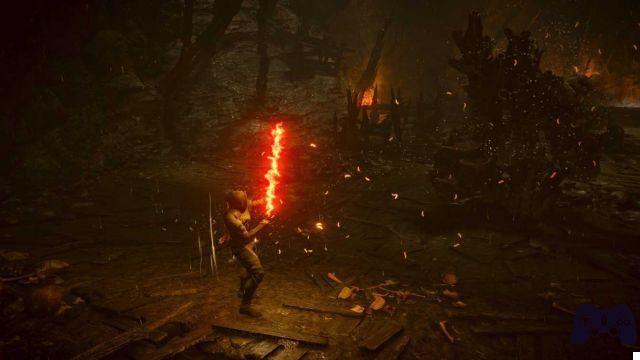 If your character is capable of using the magic, then this fight will really be a breeze for you. The fire spells they are able to destroy the Unclean Colossus in an instant and even the magic of the soul will do them very much harm. Also, since the boss is really very slow, the risk of being hit by his melee attacks is zero.

The only thing you have to watch out for during the battle are the flies and for this reason we suggest you always position yourself behind the demon, so as not to allow him to use parasite bullets. As long as you are behind it you will only have to worry about the clouds of wandering insects and, in case you get too close, about its lethal explosion. 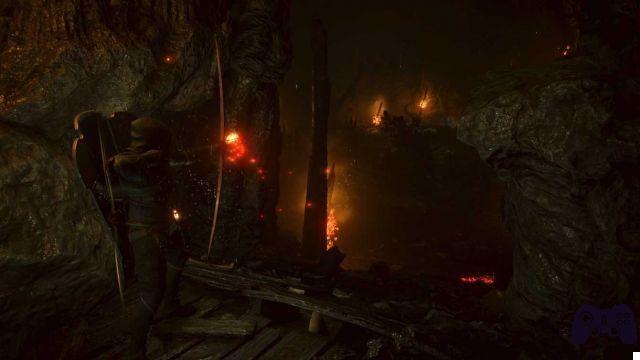 Thanks to our article you will certainly not have the slightest difficulty in eliminating this unsanitary demon. If our guide on how to beat the Unclean Colossus was useful to you, we recommend you check out the other Demon's Souls boss guides on our site as well:

add a comment of Demon's Souls boss guide: how to beat the Unclean Colossus