Demon's Souls boss guide: how to beat the Dragon God

As for difficulty, the new remake di Demon’s Souls it has nothing to envy to the original work of From Software. The game world is infested with fearsome demons and treacherous traps, but the biggest obstacle for most players is the bosses. For this reason we have decided to create one Complete guide to Demon's Souls bosses and in this new episode we will explain how to beat the colossal Dragon God.

Let's start our umpteenth guide on how to beat Demon's Souls bosses talking about as usual how to prepare for confrontation with the Dragon God. This immense archfiend is as big as a mountain and is able to grind you to a pulp with one punch. Such a creature would be able to destroy a city on its own but luckily it is at the moment sealed inside a temple in the depths of Stonefang, so she's not free to go around doing damage.

The Dragon God is a demon of fearsome power and in most cases he will be able to eliminate yourself with a single shot. For that reason, unless you have an extremely defensive build, during this bossfight using armor will be almost completely useless. Consequently we advise you to forgo defense in favor of mobility, using lighter equipment or even walking around totally naked. Also, just in case you are able to throw some offensive spells, we suggest you stock up on spices to regenerate MPs, as you will certainly need them. 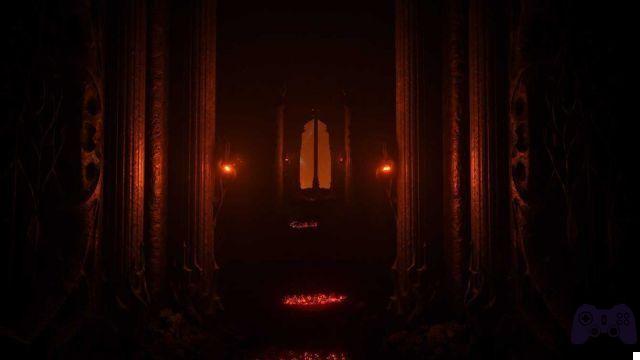 Hide and seek - Demon's Souls boss guide: how to beat the Dragon God

To kill the Dragon God it will not be necessary to participate in a real battle, but you will have to solve some kind of puzzle. In fact, they are positioned inside the arena two huge crossbows siege that will allow you to inflict heavy damage on the boss and to win you will need to activate both. This undertaking, however, will not be easy at all, since the path to reach these weapons is quite long and meanwhile the Dragon God will try to eliminate you with his brute strength and his breath of fire.

The only way to survive this confrontation is to use the conformation of the area in your favor. If the boss sees you he will immediately try to eliminate you, so it's important to make sure that doesn't happen. Fortunately, there are several inside the arena column which you can use as a cover to stay hidden from the demon's eyes. Subsequently, as soon as you see the Dragon God look away from your position, you should immediately run out and try to quickly reach the next cover. 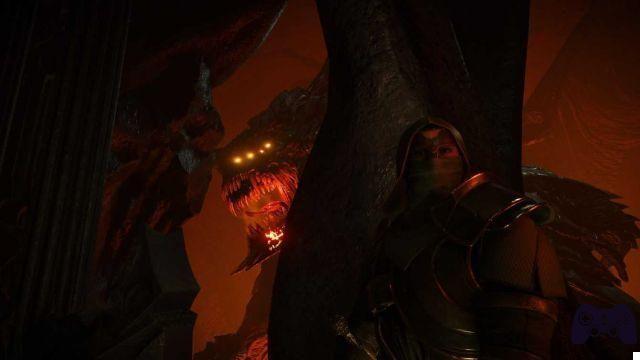 On the surface, getting past the Dragon God without being seen might seem simple enough, but there is a big problem. The whole arena is in fact littered with piles of debris and you will not be able to continue until you have destroyed them all. To break one a few strokes are enough, but unfortunately in the meantime the boss will have plenty of time to attack you. For this reason it is important not to be impulsive and to plan an action strategy well.

If you have a PC who can only use melee weapons, then you can't do anything else destroy these obstacles using brute force. In case you have a fairly powerful two-handed weapon you can easily break through the piles of debris with a single shot and proceed without too much difficulty from one safe place to another. If, on the other hand, you only have weapons that are not too strong, you will be forced to run towards obstacles, land a couple of shots and then immediately go back to the previous hiding place.

If, on the other hand, you are able to use offensive spells, the path will be much easier for you. This is because, unlike throwing arrows, your spells can destroy obstacles. Consequently, all you have to do is destroy the rubble safely from your hiding place and then run to the next. Just remember to aim well with your character, as you won't be able to automatically lock onto debris. Also, since you will certainly be wasting a lot of MP, don't forget to stock up on spices. 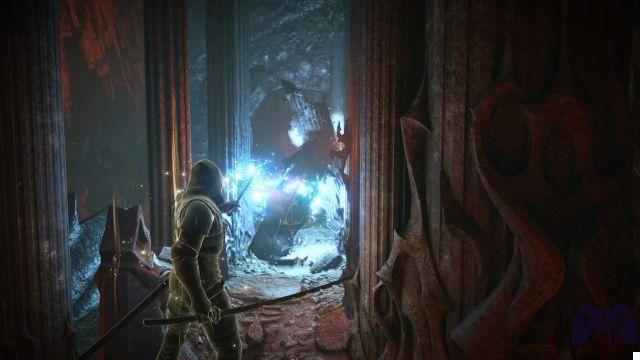 After you have activated both crossbows the Dragon God will now be dying, but the fight is not over yet. The demon in fact at this point will be left with a small amount of HP and to finish it you will have to attack it the old way.

Fortunately, the boss is now completely immobilized by the harpoons and his head is leaning against a rock, consequently you shouldn't have too much trouble finishing it. Remember though that the Dragon God is capable of spitting flames, so it won't be entirely safe to get close to his mouth. In any case, taking the right pace, you should be able to strike the demon between one breath of fire and the next. If, on the other hand, you have the ability to attack from a distance using spells or a bow you certainly won't have any problems, as you can easily finish the boss from a safe distance. 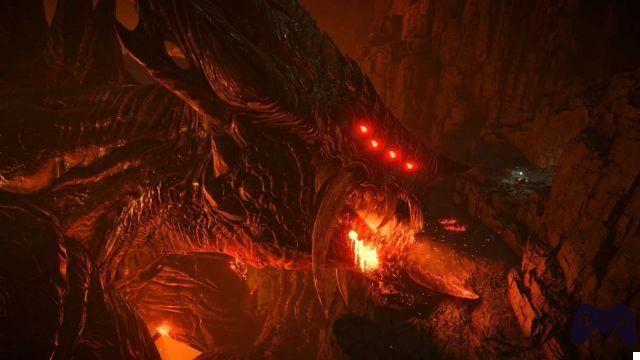 Defeating such a large and powerful dragon is not an undertaking for everyone, but thanks to our article you will certainly have no problems. If this guide on how to beat the Dragon God was useful to you, we recommend that you check out the other Demon's Souls boss guides on our site as well:

add a comment of Demon's Souls boss guide: how to beat the Dragon God