As for difficulty, the new remake di Demon’s Souls it has nothing to envy to the original work of From Software. The game world is infested with fearsome demons and treacherous traps, but the biggest obstacle for most players is the bosses. For this reason we have decided to create one Complete guide to Demon's Souls bosses and in this new episode we will explain how to beat the abominable man-eating demons.

Let's start our umpteenth guide on how to beat Demon's Souls bosses talking about as usual how to prepare for confrontation with Mangiauomini. These terrifying demons were born thanks to terrifying experiments that the Old Monk conducted on the inmates of the Latria prison. After unspeakable tortures, the prisoners turned into a disgusting mixture of many different animals and now there remains only a vague memory of their original human aspect.

This boss's attacks are a mixture of powerful physical blows and quick spells, so for best resistance we suggest you wear armor with a good balance between physical and magical defense. Also it might be wise to equip too a very resistant shield, as you may often find yourself parrying attacks rather than dodging them.

While these bosses use magic their spell resistance isn't very high, so you shouldn't have a problem defeating them using a wizard. However, if you are willing to make the most of their weaknesses we suggest you bet everything on fire damage, since the Man Eaters suffer a lot. 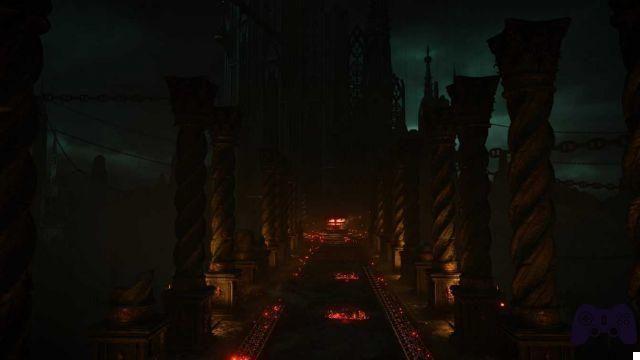 As soon as you cross the fog you will find yourself inside the Mangiauomini arena and for sure you will feel anything but safe. This battle takes place on a narrow suspension rock bridge and the risk of falling is extremely high. Fighting such a ferocious boss in these conditions isn't easy at all, but fighting two at the same time is a real nightmare. In total, in fact, there are well in the arena two Man Eaters and to win you must be able to defeat them both.

Fortunately, at the beginning there will be only one boss in the field, but after about a minute his partner will arrive too. For this reason, we suggest you make the most of this short amount of time to inflict as much damage as possible on the first demon. In this way, when the second Mangiauomini arrives, you will have already left the first at the end of life and with a few strokes you should be able to get it out of the way before the situation becomes too chaotic. Always remember to focus your attacks on the same boss, in order to bring the fight back to a more balanced one-on-one.

Quickly eliminating such a powerful demon, however, is not easy at all and consequently you must also be ready for a possible double fight. To reduce the risk of falling into the abyss during the battle, we suggest that you immediately run past the boss e quickly reach the central part of the map. In fact, at the center of the arena you will find a fairly large circular platform where you can more easily fight the Man Eaters. Also in the middle of this platform is a large brazier that you can use to keep the right distance between the two bosses. 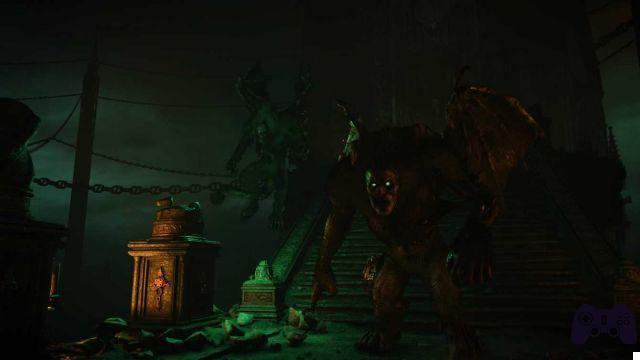 The Man Eaters are extremely ferocious beasts and during the fight they will do nothing but pursue you continuously. When they are close to you they will try to hit you mainly with gods strong punches from top to bottom, but fortunately these attacks can be parried or dodged without too much difficulty. In some cases, however, the bosses may suddenly throw a fort then sonica and in these cases you will have to be immediately ready to dodge backwards.

In addition to these fairly slow basic hits, Man Eaters are also capable of a short one click really very fast and powerful. The move itself is quite phoned, as the boss will take a few seconds to get on all fours, but the speed of the charge is very high. To be able to avoid this attack, the best thing to do is to take courage and dodge straight in the direction of the demon. In this way the invincibility frames will allow you to avoid the damage completely without running the risk of falling off the bridge. Learning to execute this dodge with the right timing is not easy, but once you do it the fight will be much easier. 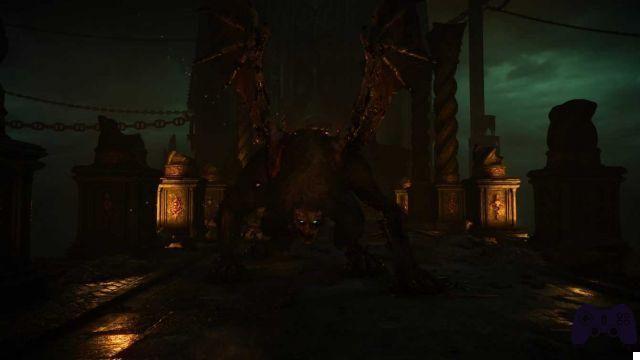 You now know how to deal with Man Eaters up close, but unfortunately these creatures also possess numerous magical abilities. For example during the fight they could take flight and start bombarding you from the sky with different spells. In these moments the best way to get out of trouble is to position yourself exactly under the boss (if possible), so you can easily avoid his attacks and maybe also land some offensive spells. But remember to always be ready to escape, since the demon at some point may decide to land on top of you inflicting a lot of damage.


As if that weren't enough, the Mangiauomini can count on another ace in the hole: the snake tail. This part of their body will act almost autonomously during the fight and is capable of mordervi suddenly or cast spells. Moreover, in some moments the snake could bite the head of the Mangiauomini and infuse him with a strange power capable of significantly increase its attack. Fortunately, however, this animation is very slow and leaves the boss helpless for its entire duration, so you shouldn't have any difficulty in interrupt it with some attacks. Also, by dealing enough damage to the tail, you may also be able to behead the snake, thus rendering all of his abilities completely useless. 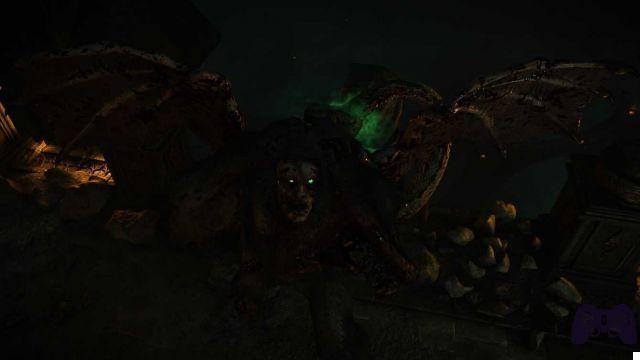 These two abominable demons present a great challenge for many players, but thanks to our article for sure you will find a way to beat them. If this guide on how to beat Man Eaters was useful to you, we recommend that you check out the other Demon's Souls boss guides on our site as well:

Demon's Souls boss guide: how to beat the Knight of the Tower ❯

add a comment of Demon's Souls boss guide: how to beat Man Eaters